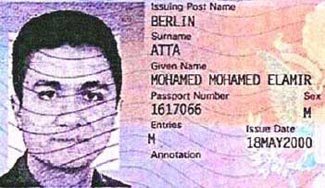 From time to time I hear from readers who have suffered at the hands of the US Immigration authorities.  They, or friends of theirs, have tried to get a tourist visa to visit the US, and have been rejected by the US Consulate in charge of considering such applications in their home country.

Most recently it was a middle aged Chinese woman.  She had been given a visa by the British authorities, and was traveling to spend a few weeks with her daughter, who she was paying to attend university in Oxford.  It was her daughter's 20th birthday and she wished to be present for that, and she decided to stop over for a few days in the US en route from China to the UK.  I am told she owns her own business, two condos, a late model Japanese car, and earns about US$100,000 a year.  She also speaks little English.

So here was a person with bags of money, with a secure lifestyle in China, who had already been given a visa by the British, and who had a very bona fide reason to continue her travels on to Britain after spending a week (and some thousands of dollars) in the US.

She filled out the forms, paid the substantial fees, and made a special trip hundreds of miles, requiring flights and overnight stays, for the mandatory in-person interview at the nearest Chinese consulate (which had a several week waiting list for visa interviews).

And was then refused a visa, due to 'failure to show sufficient ties to China and likelihood of leaving the US at the end of her visit'.

This woman probably earns substantially more than the twenty-something year old US official in the Consulate, and probably has a net worth greater than him and his parents combined.  She has a wonderful lifestyle in China which she couldn't hope to recreate in the US, and an obvious reason to travel on to meet up with her daughter.  But we – the US – are treating her with hostile suspicion and rudeness, and refused to allow her to come spend money in our country.  We complain vociferously about the imbalance of trade with China, but when the Chinese try and come to our country to spend money here (money they probably indirectly earned from us in the first place!), we don't let them.  We treat them like they are third world lowest class citizens.

On the other hand, of course, real third world citizens, who truly do have no intention of ever leaving the US again, are welcomed across our southern border by the truckload, and instantly given access to a full raft of our social services, and our federal government attempts to make it impossible/unlawful for the states to even acknowledge their lack of status.

It is also relevant to note that all the 9/11 terrorists, and the shoe bomber and the underwear bomber, were all in or traveling to the US on validly issued visas (part of one is pictured in the opening of this article).  We don't let ordinary citizens visit as tourists, but we give visas to terrorists, and welcome in illegal immigrants without the need for any paperwork at all.

Why such a huge contrast and inconsistency in approach?

The US Travel Association reports that the even stricter than before visa issuance policies after 9/11 have seen the US' share of long haul international travel drop from 18% in 1999 to 12% in 2009.

Just this week, Ireland announced that as part of its economic recovery program it would remove the requirement for tourists from 14 extra countries to get visas prior to traveling, in the hope that this, twinned with the abolition of their air travel tax, would boost incoming tourism and therefore the Irish economy.

Our nation – and our leadership – is desperate to create more jobs, and to increase our exports.  Tourism is one of the best types of job creation there is and already employs something like 10 million people in the US, and 'exporting' our country's tourist appeal is one of the greatest potential exports we have; one that can never be outshopped to lower cost countries.  There's only one place in the world to see the Washington Monument, the Statue of Liberty, New York, the Grand Canyon, Yosemite, and so on.  These things are enormous national economic assets that could be driving our economic recovery, if only we'd allow more tourists to visit.

It seems that a more friendly visa issuance policy could immediate boost our international visitor numbers by 50%.  And abolishing the need for visas, or at least extending the so-called 'visa waiver' program to more countries could increase it massively further.  How many more million people could we give jobs to in such a case?  This article estimates there are potentially 1.3 million new jobs – and $859 billion in economic growth – we could create.  Who among us wouldn't be either directly or indirectly benefitted by increased international tourism?

We're shooting ourselves in the foot every time we force people like this woman to go through the undignified and costly (in both money and time terms) process of applying for a visa which is then refused.  And while I'm focusing on this recent story, I have been told of – and even have personal knowledge of – countless more identical stories, and not just from China.

Ask yourself the question – if you had to fly 500 miles to somewhere in the US for an in-person visa interview, if you had to also pay a couple of hundred dollars for the visa application, and if you had to wait three weeks for the interview to be scheduled, and if, on average, something like two thirds of everyone you knew who had applied for such visas in the past were refused them; how positive would you feel about going through that process and visiting that country, compared to going somewhere else with a fairer visa issuing policy?

If we were equally obsessive about keeping our borders secure from illegal immigration from Mexico, I could perhaps at least accept the consistency of approach.  But why are we selectively making it impossible for people to come here, to spend lots of money in our country, and then to leave again, while at the same time we are allowing people who have never been screened in any type of process to come and settle in our country and instead of spending money, become an instant charge on our welfare systems?

One last comment on this point.  Problems exist, even for people in the privileged visa waiver countries.  When my brother flew up from New Zealand a few weeks ago to spend ten days in the US, with a pre-approved electronic travel authorization already secured, he was initially refused entry into the country upon arrival.  Apparently the Immigration computer believed he had overstayed an earlier visa by a few days, something like 15 years ago.  My brother had no recollection of any such transgression, one way or the other, and it was a total surprise to him, because he had been in and out of the US several times since then with no problems whatsoever.

Eventually his logic – 'If your computer says I shouldn't be allowed into the country due to something that may have happened 15 years ago and which neither you nor I know anything about, how is it I've been able to come and go freely several times since then?' and 'If there is a problem, how come your same computer approved my visa waiver pre-clearance application several weeks ago' sort of prevailed, but only after some hours of uncertainty.

Our policies on allowing tourists to visit are totally wrong.  They are costing us hundreds of billions of dollars and millions of jobs, while giving us nothing in return, except further alienating our country from people all around the world who wish to like us and visit us.

Our policies need to change.

3 thoughts on “How to Instantly Create Millions More American Jobs”