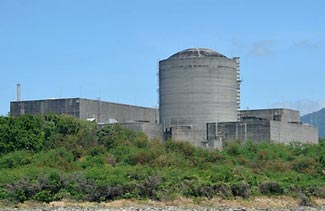 I had to laugh on Thursday afternoon.  I was in the middle of researching/writing an article about unexplained mysterious glitches in airplane avionics, and whether or not they may be caused by our consumer electronic devices that we bring on board with us.

I went to collect my daughter from school, and when I attempted to restart my car in her school's car park, the highly over-computerized car first displayed various computer warning errors, and then when I turned the engine off and restarted it, all sorts of lights on the dashboard started flickering on and off, but the car refused to start.  Something was seriously wrong, so much so that if I even tried to raise or lower the window, it would fitfully go up and down in a semi-random pattern, but not stay either up or down.

I immediately realized that the car's computer management module had totally failed – and also realized that this failure was nothing to do with my cell phone or any other electronics in the car with me.

When the AAA man came half an hour later to load up the car onto his truck and drive it to the dealership, he had a more prosaic explanation.  A dead battery.  As indeed it was.

I think there's a lesson in there somewhere that could be applied to the desire of the airlines to blame the occasional glitches in their planes' flight control systems on our portable electronics, but I'm not sure exactly what it may be.  However, I am fairly sure about the role of our electronic equipment when it comes to these unexplained glitches, and I'm also sure as to the truth of the claims you'll hear from flight attendants droning on that the FAA mandates we must turn our equipment off before they are allowed to start the engines, etc.

The answers might surprise you.  Do read the article – Is there Any Danger Using Electronic Equipment on a Plane (and Does the FAA Really Care).

Airlines continue to get closer together.  The Delta/Virgin Australia partnership has now been given approval by the US Department of Transportation (and has already been approved by the Australian counterpart).  This clears the way for the two airlines to work together on fares, flights, and revenue sharing, and greatly strengthens the chances of a viable competitor to Qantas on these routes.

Qantas – the huge dominant player on routes between the US and South Pacific – is not standing idly by, however.  It is seeking approval for a closer relationship with American Airlines, with the two airlines seeking anti-trust approval to coordinate their fares and flights.  It is actually difficult to know what more they need to do, over and above that they are already doing as code-share partners.

The third competitor is Air NZ/United.  Until now, the QF/AA and NZ/UA groupings have managed to squash other attempted airlines, and have kept the route to themselves.  But both Virgin Australia and Delta have started services in the last few years, originally independently, giving us four airline choices, and more recently in partnership, reducing down to an effective three.  The net result has been nonstop discounted fares from all the different airlines, with the costs of travel to the South Pacific lower than they have been for 15 year or more.

You might wonder why I'm not up in arms at the drop from four airlines to three.  The reason is simple.  Neither Delta nor Virgin Australia were sure to continue flying the route alone, but together they will hopefully have the horsepower and resilience to create a viable third alternative.

The choice here was not one of seeing four airlines reduce to three.  It was rather the choice of allowing a third airline in any form to sustainably offer competition to the two giants already on the route and jealously protecting their market shares.

There was other South Pacific airline news this week too.  Another airline – a fairly new Australian operator called Strategic Airlines – has also been given rights to fly unlimited passenger and cargo services between Australia and the US.  The airline has no affiliation with any of the major airline groupings, and it is very hard to see how it will succeed in getting any type of toe-hold in this fiercely competitive market at all.  It is also unknown what routes it may operate, but it says it will start service between somewhere in Australia and somewhere in the US (perhaps Honolulu) in September.  We wish it well.

However, the craziest thing of all was Emirates, who as soon as the brief plunge in oil prices occurred, immediately announced their intention to cancel all fuel surcharges on Monday.

On the other hand, on Tuesday Emirates reported a 51% rise in its full year profit, which it celebrated by paying all staff 12 week salary bonuses.  The airline announced a net profit of US$1.485 billion.  Its fastest growing region for business?  Here – the US, with sales up 38%.

Well done, Emirates.  You again show the world that an airline can make high profits by providing high quality service.  Oh – and thanks for dropping your fuel surcharges.

I make passing mention in the other of tonight's articles in this collection about Ireland abolishing its air travel tax in the hope of bringing more tourists in to visit.  It is also dropping the VAT on tourist attractions, restaurants, hotels, and related things from 13.5% down to 9% to make the country even more appealing and attractive to visitors.

In this country, we continue to charge more taxes on anything to do with out of state visitors.

But, if you are Canadian, you apparently join LinkedIn at your peril.  Under a Freedom of Information Act request (actually, the Canadian equivalent – the 'Access to Information Act' as it is called there) the Canadian Press has uncovered some of the criteria used by the Canadian Government to put people on their No Fly list.

Imagine trying to talk your way out of that!  'But I don't really know Joe Smith all that well anyway, and surely don't know his friend, Muhammed Gottabomb'.

I write in the piece about job creation about the essential importance of tourism to our – or to any other country's – economy, and mention some of the national wonders in the US that are of great appeal to would be international tourists.

The Philippines also appreciates the value of international tourism, but sadly are not as richly imbued with natural wonders.  So they have taken a very resourceful approach to creating new tourist attractions, and have just announced a new tourist site that they hope will attract great numbers of visitors.

It is an unused nuclear power plant – the $2.3 billion Bataan Nuclear Power Plant, completed in 1984 (and pictured at the top of this article) but never actually activated and used to generate power, due to increased concerns about its proximity to earthquake fault lines and an active volcano.

So tourists can now tour the plant and its (intact) reactor.  Bring your own geiger counter.