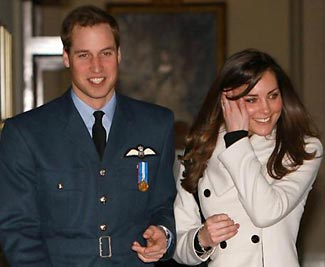 I'm traveling at present so this will be a somewhat shorter newsletter.  However, although the newsletter is a 'mere' 1670 words (!), there are some goodies added to the website for your interest, amusement, and edification, as the subsequent items in this morning's collation will explain.

Most of the web content relates to the new passenger rights regulations announced by the DoT last week, which are a welcome bolstering to our side of what is usually a very unbalanced battle between us and the airlines we are forced to fly with.

After some turnarounds and even some profit, the airlines themselves are looking sick once more (although almost the only claim they didn't aggressively keep repeating in their DoT submissions was the purported cost of any new passenger service obligations).  The major carriers in the US lost, between them, just over a billion dollars in the first quarter of 2011, a worse showing than the same time last year.

As for the other major airlines – ooops.  There aren't any more, these days.  Five is about it for the US' largest network carriers, with a massive size and revenue gap separating the 'Big Five' from the smaller carriers.

But if we were to also consider some of the smaller airlines, a different picture would emerge.  Alaska Airlines, a small carrier based not in Alaska but in Seattle (but with almost total dominance in the Alaska aviation market) posted an extraordinary $74 million profit for the quarter, up from $5 million in the same time last year.

How can Alaska Airlines increase their profit almost 15-fold at the same time other airlines lose even more money than before?  Are they sneaking their fuel direct from the Alaska pipeline when no-one is looking, and without paying for it?

Or have they simply found a 'sweet spot' in the market that works both for themselves and their customers, while at the same time steadily growing their route system further and further across the country?  Alaska Airlines was once limited only to the west coast and Alaska, but they now fly to several destinations in Hawaii plus to the mid-west and east coast, from as far north as Boston to as far south as Miami.

The big airlines' excuse is – well, you can probably guess.  Increased jetfuel prices.  And their response – well, you can probably guess.  Either to put off growing their route networks or even to reduce them still further.  These service reductions are in an attempt to tilt the 'supply and demand' needle further to the point where we are forced to pay top dollar whenever we need to fly, and allowing the airlines to get even closer to the 100% load factors they'd love to have.  Oh yes, their latest poor results will probably be used to 'justify' further airline consolidation as well.

Are these the right responses?  They have certainly been the airlines' single-minded strategies for the last several years – cutting back and further back on their schedules, experiencing higher and higher loads, and joining forces wherever possible so as to passively force us on to their flights due to a lack of alternatives.

But has any of it actually worked?  There's precious little evidence in the numbers for the past quarter to support these strategies.  And, as you doubtless know from your own personal experiences and from talking to friends and colleagues, the largest outcome of the ever higher fares and ever fuller planes has been to cause us to cut back on our flying.

But – wait.  Maybe there is some sense in this after all.  If the airlines shrink themselves down to zero flights, then their losses will surely diminish too.  Is that their ultimate intention?

And talking about mergers, the Department of Justice signed off on the Southwest/AirTran merger earlier this week, saying the merger 'is not likely to substantially lessen competition'.  Hmmmm – one can only speculate what would lessen competition, if mergers do not.

There are no remaining regulatory hurdles for the two airlines and their merger plan, which is now expected to be completed on 2 May.

Let's also look at the hypocrisy of the 'rising cost of jet fuel' excuse.  Fuel surcharges now in place are as much as 50% higher than they were when jet fuel prices surged to record levels back in 2008.  For transatlantic travel, there is a $420 surcharge now compared to $330 in 2008; for travel down to Australia, what was a $220 surcharge in mid 2008 is a $500 surcharge now.

Their losses have nothing to do with fuel, because they are effectively and efficiently both passing those on and profiting from them.

Some good news and bad news for Air France :  Amazingly, they have now found the flight data recorder, on the ocean bottom, from their A330 flight AF447 that crashed in the South Atlantic on 1 June 2009 – almost two years ago.  But – and perhaps equally surprisingly – the memory module is missing from the FDR.

They are continuing to search the ocean bottom for this, and also for the cockpit voice recorder, which may answer the very relevant question 'Why did the pilots fly directly into, rather than around, the severe thunderstorms?'.

A rose by any other name?  Air Canada plans to do away with the Jazz brand and will rebrand its regional fleet as 'Air Canada Express'.  It is unclear what major benefit will flow from this, although the sense of the 'Jazz' name has also always been unclear.

Air Canada says the rebranding will allow the airline to add other regional partnerships.  Apparently that was not possible when this part of their operations was called Jazz?

Airline globalization part two :  In response to the formation of airline global alliances, and the increasing propensity of the airlines to outsource as much of their costly labor as possible to less expensive countries, fourteen airline unions from eight different countries have formed a global organization – 'The One World of Labor Council' – enabling organized labor to at least partially respond to the airlines' attempts to shift their labor costs to the least expensive jurisdictions.

Most of the airline unions involved have members working for the Oneworld alliance of airlines, which might help explain the new organization's name.

Interestingly, not all union officials of the participating unions attended the inaugural meeting in Washington DC.

Some participated electronically, perhaps without realizing the irony that in so doing, they unwittingly revealed an even greater threat to their employer airlines than that posed by globally organized labor – the emergence of alternates to costly business travel such as video conferencing.

I've written before about the recent revelations about your iPhone or Android phone keeping track of everywhere you go, both in a file stored on the phone, and also by sending this data back to Google and/or Apple.

It now seems that our GPS units may also be spying on us, and – in the happily still rare case of GPS units that can 'talk' back as well as passively receive the GPS signals – sending data back to the manufacturer ().  That is bad enough, but think about what that data includes – the exact speeds you are traveling at, and the when and where of any situations involving going over the speed limit.  Possibly incriminating evidence, on ocasion, for sure.

The big sub-text to all these concerns is of course a worry about what the company receiving such data will do with it.  And, in the case of GPS manufacturer Tom-Tom, we now know.  They sold the data to the Dutch police, and the Dutch police are now using it to work out the best times and places to set up speed traps.  Details here.

This Week's Security Horror Story :  Apparently Miss USA is a security risk, or at least, so the TSA believes, because she got 'the full monty' going through security a couple of days ago.  What is particularly interesting about her video commentary on this is her revealing that the body search she got a short while earlier was not nearly as intrusive or 'personal' as the one she was complaining about now.  Details here.

Of course, the TSA will say the variations in body searching techniques is a good thing, because it keeps the terrorists guessing.  But we know the truth of the matter is simply that the TSA can't even quality control its own screening/pat down standards, because an inadequate/partial body search is exactly that – inadequate, and rather than, as they ridiculously claim, throwing the terrorists off guard, it encourages the terrorists to know that some (most!) of the time, body pat-down searches are not likely to find anything hidden on (or in!) their person.

Today's the Royal Wedding in Britain, and probably by the time you read this, Prince William and now Princess Catherine will be man and wife.  Fingers crossed not just for good weather, but for an event that goes smoothly and without any terrorist or other problems.