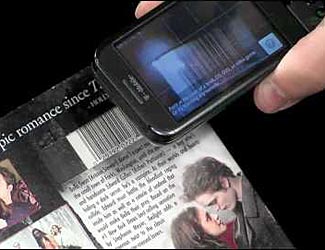 A quiet revolution has been brewing, and the implications are as exciting and scary for us as shoppers as they are for the traditional bricks and mortars retailers.

There are three parts to this revolution.

The first part is the growing number of people with smart phones – Android and iPhones – connected to 3G internet, and using apps on their phones to conveniently and automatically comparison shop for products while in a retail store.

Say you are at Best Buy and you are considering buying a Bluray player.  You can simply scan the item’s barcode or enter its model number by hand into one of these apps, and you’ll be immediately advised of what price other nearby retailers sell the product for, plus you’ll also be told how much you can buy it for online.

So this is the first part – being able to instantly and accurately comparison shop, while inside a store.  No longer do you have to trust the sign saying ‘Special Super Duper Lowest Ever Price’ (a sign that is wrong as often as it is right).

The second part of the revolution is very empowering.  So let’s say that after discovering the Bluray player you’re thinking of buying for $150 could be purchased at a competing store, on the other side of town, for $140.  Do you really want to drive all the way across town, at the cost of an extra hour or more of your time, plus gas and maybe parking, and then maybe even find the item is sold out?  Or what if you’re buying a DVD disc, which is $25 in one store and $22 in the other – you’ll probably shrug and simply pay the extra $3 as a ‘convenience’ surcharge.

This has been a cornerstone of retailing for decades.  They’ll bring you into their store with some deeply discounted specials, and then hope you’ll stay to buy other things while you’re there as well.

Now, enter the second part of the revolution, which is in two halves.

Firstly, you can go up to a sales associate and say ‘hey, I can buy this for less at your competitor’ and show them the display on your phone.  Many times, they’ll price match (they surely have for me).  How’s that for the best of both worlds – you get the convenience and the low price, with a bonus feeling of having triumphed against the retail system.

Secondly, if they won’t price match, or maybe the lower price is from an online store such as Amazon, and they only price match against regular retailers, not online discounters, then – hey – no worries for you.  With programs such as Amazon’s free two day shipping program, with no minimum purchase necessary, you can simply buy the product direct from Amazon or some other online retailer, and have it delivered to your door two days later.

So, these days, if you have a smartphone and an app such as RedLaser or TheFind or one of various other apps similar to these two, retailers are increasingly finding they can only compete on price.

There is another app as well – released by Amazon, and which only shows prices on Amazon itself.  Amazon’s price comparison app is amazing.  Not only can you scan bar codes to identify products, you can also simply take a picture of an object and send it to Amazon from your phone.  Photo recognition software, or, ultimately, if it can’t be done automatically, a real person, will then identify it for you.  I tried it with a blurry dark picture of my beloved Hewlett Packard HP12C calculator, and within a couple of minutes, Amazon had identified it and was offering to sell me a new one for $58.25.  However, I already have three, and don’t need a fourth!

One last app to mention.  If you have an Android phone, you can get a copy of Google Shopper.  This allows you to simply speak what you are looking for into the app, as well as scan barcodes, etc.  When I spoke ‘Hewlett Packard HP12C calculator’ into the phone it perfectly recognized what I said, and quickly offered me results, both in local stores and online.  Compuplus had it online for less than Amazon, but I’d have to pay shipping, and the lowest price offered by a local retailer was $88, and that would have involved driving 6 miles.

These new services are very bad for retailers and for the future of traditional bricks and mortar stores.  We have all known, in the past, that some stores charge more for things than others, but we have been happy to pay a moderate amount more, perhaps due to a more convenient location, a nicer laid out store with better range of products, helpful sales people, or whatever else.  Or we’ve accepted the ‘swings and roundabouts’ – we go to a particular supermarket to buy the special deal they have on eggs and meat, and then buy the shampoo and other things at the same price because of the convenience of doing it all at once.

But increasingly, these smartphone apps level the playing field, and create a ‘virtual’ competing presence of all other retailers and online merchants, inside each store.

Wait – there’s still a third part to come.  These new apps don’t just allow you to compare pricing.  They also allow you to access product information and to read reviews (eg on Amazon and elsewhere too).  I’ve used the information found in reviews to completely change the product I’d been considering purchasing, upon discovering something disappointing or underfeatured about it which I’d been unaware of by simply reading the details on the box in the store.

These apps not only help you buy products at the best price, but they also help you make better informed decisions and selections as to which products to buy.

I’ve used all these programs.  They have saved me appreciable amounts of money, and have sometimes astonished me at how a price in a store that I’d normally trust to have low prices is actually much higher than available elsewhere.

RedLaser used to be my favorite, but it was bought by eBay and eBay seems to have cut back on the merchants they partner with (for example they no longer offer Amazon information) and it now seems less useful than TheFind.

All the apps are free, and are available on both Android and iOS phones.  You need to add TheFind and Amazons’s app to your shopping tools (and maybe RedLaser and Google Shopper too), so you too can become a smarter shopper.

Note :  This was inspired by an article in the Wall St Journal on the topic.