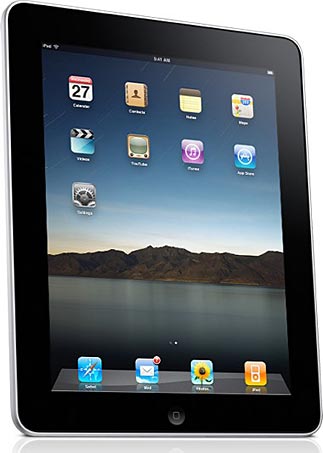 Apple and Verizon announced that from 28 October we can buy iPads through Verizon Wireless stores.  No mention was made of the long rumored possibility that Verizon might also start selling iPhones.

This is a very interesting development with a creative and positive work around to the technological incompatibility between how iPads can communicate with a wireless network and the type of wireless network operated by Verizon.

Currently Apple sells two types of iPad.  One type offers internet connectivity only via Wi-Fi.  For an extra $130, you can get an iPad that also contains the ability to connect via 3G wireless service, such as is offered by AT&T and many other companies in other countries all around the world.  AT&T, for its part, allows you to buy wireless service for an iPad on a month by month basis.  They have two data plans; one offering 250 MB of data per month for a $15 monthly fee, and the other offering 2 GB of data for $25 monthly fee.

Verizon, which has an incompatible type of 3G network, have come up with an innovative alternate approach to getting your iPad connected wirelessly.  Their approach is very much better in most respects, but it does have one appreciable downside.

First, the good news.  For the same $130 up charge as with the AT&T option, Verizon will include a MiFi 2200 device with a standard iPad (ie one that does not have the added 3G data capability).  This MiFi device creates a Wi-Fi hotspot; it converts between Verizon's 3G wireless network and its Wi-Fi signal, giving you connectivity beyond your Wi-Fi LAN; and as a Wi-Fi hotspot, it allows for multiple devices to connect to it simultaneously and all share the 3G access.

Because Apple regrettably does not allow the iPad to offer tethering capabilities, if you are paying for data access through AT&T, you can only access the Internet through the iPad itself.  You can't share its access with other devices.  The Verizon alternative gives you two independent devices.  The first is the iPad itself.  This can access the Internet through any type of Wi-Fi service, whether it be a normal Wi-Fi signal, or the Wi-Fi signal provided by the MiFi device.  The second device is the MiFi 2200, which allows any and all devices with Wi-Fi connectivity to connect through it to the Internet (up to a maximum of five simultaneously).

With the Verizon data plan and the included MiFi device, you could share its Internet connection with your laptop, with any other phones you might have, Kindle e-book readers, and all sorts of other Wi-Fi enabled devices belonging to friends and family members.  This is clearly a vastly better overall connectivity scenario than that offered by Apple in their partnership with AT&T.

Verizon also offers month by month data plans, with three different options.  $20 buys you one gigabyte of data a month, $35 buys you 3 GB, and $50 buys you 5 GB per month.  Most people will find that either 1 GB or 3 GB is all the connectivity they ever need.

But.  This is all excellent, and on the face of it, would seem to make a compelling case for choosing the Verizon option over the AT&T option.  Unfortunately, there is one other issue.  When you buy an iPad that has the built-in 3G wireless connectivity, Apple also includes a GPS receiver.  The standard iPad that only has Wi-Fi connectivity does not have the GPS unit included.  So with the Verizon option, although you get a better more flexible wireless data connectivity capability, you lose out on the GPS functionality.

Perhaps you already have GPS capabilities on your phone, perhaps you already have a standalone GPS device, and perhaps you don't feel you need extra GPS capabilities on your iPad.  If that is really the case, then you can make an informed buying decision accordingly.  But many people will feel that the marriage of the GPS capability with the large screen and ability to display much more map information on an iPad than on a cell phone or traditionally sized GPS unit is a powerful added feature which they may wish for.

It is very unfortunate that Apple chose to link these two semi-unconnected features – 3G data access and GPS capabilities.  It now makes for a more difficult decision for us as potential purchasers.  Maybe this is another reason to defer buying any type of tablet device until the market evolves and matures a bit further?

For more discussion and analysis on how to choose the most appropriate iPad/tablet type of computing device, please click the link to visit our 10,000 word article series.