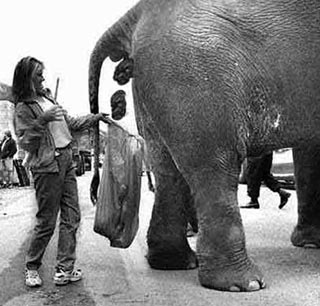 Tourism Queensland in Australia had a very successful promotion a year back, when they advertised for a person to take on the 'job' of being a generously paid full-time tourist, living for six months in a luxury dwelling on one of the islands off the Queensland coast.  I'm not sure how much ongoing publicity they received from the blogging that the person was required to do during the six-month job, but they received an avalanche of upfront publicity when they first announced details of the promotion, and enjoyed a huge number of applications.  At the time, it was described as being the best job in the world.

And now, with this previous job having long since finished, a Canadian company is going one step further than did Tourism Queensland, and is advertising for two people to fill a one year position, with the duties being to travel all around the world on vacation for that year.

Alas, whereas Tourism Queensland was open to hiring a person from anywhere in the world (and ended up hiring a British man) this Canadian company is insisting that only Canadians can be considered.  If you are Canadian, here is a link to more details.

If you visit this page you will be confronted with material about firearms training that some of you may find objectionable.  But I urge you to risk offending your delicate sensibilities and to scroll down and watch the first video.

It starts off appearing to be nothing particularly interesting or special, but stick with it, and at about the 10 second point you will get your first glimpse of the person who surely has the worst job in the world.  The other videos on the page reveal more details of the duties associated with this truly worst job.