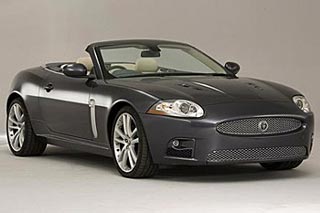 You may be familiar with the concept of buying a new European car and taking delivery of it from the factory in Europe; driving it around Europe for a while as a free rental car, then having it shipped by the factory to your dealership in the US where you then collect it and continue using it.  Values can sometimes be slightly better if you do this, and it is a fun thing to be able to drive your car in Europe.

Did you know there's a similar – well, actually, quite different – thing you can do in the US as well?  With the growth of the internet, you are no longer limited to searching out cars by trudging around the local dealerships on your town's 'auto row'.  You can look for your ideal car on-line as well, and if you find a sufficient bargain, it makes sense to buy the car in another state, and either arrange for it to then be shipped to you, or to fly over, collect it and drive it back home yourself.

This has become even easier than before, due to more airlines selling oneway tickets at half the roundtrip price (formerly a oneway ticket was often almost as much as – or sometimes even more than, a discounted roundtrip ticket).

Maybe this is the excuse you've been looking for to do a major cross-country roadtrip – especially at present and enjoy some fall foliage.

There are two online resources in particular for finding cars for sale.  One is – no surprise here – eBay.  But the other is less well known, but sometimes can offer massive bargains.  It is LeaseTrader.com; a site that specializes in helping people 'sell' (and 'buy') vehicles on leases (hence the quotes around the terms buy and sell).  It tends to have more cars in expensive and 'specialty' categories than it does ordinary cars in ordinary categories.

As a buyer, there are some potential advantages to assuming the lease of a vehicle (but the flipside of each advantage is a sometimes substantial downside).

First, you get to avoid making a downpayment which most leases or other financing requirements would require.

Third, you are committing to a shorter duration lease (complete with no downpayment either).

And fourth, if you might want to, you have the option of buying the car at the end of the lease or simply returning it, and you can check with any of the major car value reporting services to see whether the residual cash-out at the end of the lease is above or below the vehicle's current market value.  I've always felt, when leasing a new vehicle, that one has no way of knowing up front if the future lease cash-out value at the end of the lease would be fair, or high, or low compared to what the vehicle's market value would end up being; but now, with a model car that now appears in the used vehicle value tables, you can much more accurately perceive if there is some concealed value (or hidden cost) in the future buy-out value.

I checked a couple of cars that I'd love to have but no way could afford.  One was a lovely Jaguar sports car, but it showed as a terrible deal if one wished to buy the car at the end of the lease, with the lease buyout at least $25,000 greater than the car's current market value.  But the other was a lovely Range Rover, with a lease buyout price $15,000 below the vehicle's current market value.

Now of course you have to do a bit of clever thinking when it comes to equating the market value of a car today with the lease payout in possibly a year's time (sometimes less, sometimes more).  My own quick rule of thumb is to look at the total commitment for the vehicle – the payments remaining plus the buyout at the end, add all that up, perhaps apply some discounted cash flow calculation, and then compare that to the market value of the vehicle as it is appraised today.

The lease on it is for 13 months at $1368/month, with an allowance of 2477 miles a month (way more than average due to the vehicle having been driven consistently less than the monthly allowance to date) and a buy out of $18,500 in November 2011.

Plus, all you have done is make a 13 month commitment at $1368/month.  If you decide you don't like the car, you can walk away from it in little over a year.

So this is a good deal.

So why do I think this is a bad deal?  Well, your total commitment, if buying the car, is for almost $80,000; whereas the vehicle's current market value is something less than $50,000.  Maybe you could say that it is sensible to just buy it for a four month 'play' and then return it at the end of the four months, and perhaps that is a good strategy – there's no way most of us could otherwise afford to enjoy a car that originally sold for just a shade less than $100,000.

So, for most of us, a bad deal, unless you want to play with a $100,000 car for four months, with lots of available miles, at a cost of 'only' $6000 to do so.  That might make a lot of sense if the four months were to be summer months, but alas, they are over the winter period.

These Offers are Negotiable

And now for stating the obvious.  These lease assumption opportunities are all negotiable.  There's every chance you could get the person wishing to transfer the lease to give you a month for free; maybe even more – the simple logic of 'you can transfer it to me, for sure, now, and limit your remaining liability to just one (or two or three!) month payment, or you can keep it listed on Lease Trader, and continue to make the monthly payments with no idea if and when you'll ever get someone to take the car off your hands' is fairly compelling.  You can negotiate these offers just as you can negotiate a regular sale price.

See also my comment about mileage allowances.  If, for example, you're looking at a vehicle that originally was on a 36 month, 30,000 mile lease, and you have a chance to pick up the lease with one of the three years remaining, you would expect to have 10,000 miles of the allowance remaining as well.  If there are more miles remaining, don't concede to the 'seller' that these have any value to you – say 'oh, same as you, I'll probably not even drive 10,000 miles, so the extra miles mean nothing to me' – a comment the seller has to accept because he too hasn't been driving that many miles.  But if the vehicle only has perhaps 8,000 miles remaining, you should flip this and say 'hey, just like you, I drive more than 10,000 miles a year; I'll probably put 12,000 miles on this, which means I'll have to pay for 4000 extra miles at the end of the lease, so you should give me a credit for that now'.  With lease rates for extra miles typically in the 20c – 25c range, an adjustment for 4000 miles represents $1000.

So, if you're looking for a less common car with a higher value than normal, and you'd like to get a recent model with no downpayment and an easy out if you decide you don't want to keep it, Leasetrader might be a great resource for you.