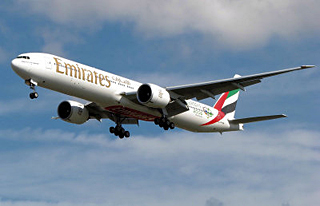 Rep Jim Oberstar, D-Minn, chairman of the House committee on transportation and infrastructure, is urging the antitrust division of the U.S. Department of Justice (DOJ) to rigorously scrutinize Southwest Airlines’ acquisition of AirTran Airways because he believes that consolidation in the airline industry does not bode well for consumers.  Details here.

But, you know, he says this every time a merger comes up, and nothing ever happens.  Don't get me wrong.  I agree with what he says.  But how is it that no matter how much he thunders about such things, nothing happens?  He is, after all, the chairman of the House committee on transportation and infrastructure.

And talking about nothing ever happening when Oberstar is involved, here's a stunning article that suggests he has received a grand total of only one contribution to his re-election campaign from voters in his district in the three months June 22 – Sep 30 (but plenty of money from outside his district).  There was a similar article in the Seattle newspaper that showed something like 95% or more of the money funding some citizen initiatives is coming from out of state.  And I know, at a personal level, I get more solicitations from politicians who I can't vote for than for politicians who I can vote for.

Talking about ineffective government, there's an interesting and evolving row between Canada and the UAE.  For some time now, both Emirates (based in Dubai) and Etihad (based in Abu Dhabi) have been keen to increase the flights they operate between their home airports and Canada, wishing to increase service to Toronto and add new service to other cities such as perhaps Vancouver.

The Canadian government has refused to allow the two airlines to add more flights, because in its infinite wisdom, it has deemed there is insufficient demand for additional flights, and worrying that instead the two very successful and very high quality airlines would end up flying passengers through the UAE and on to other destinations in Europe, the Middle East and India.

Exactly why the Canadian government thinks it should restricts its citizens from being able to enjoy better service on world class airlines is unclear.  The UAE also points out that it is Canada's major trading partner in the region, and has some 27,000 Canadians living in the UAE at present, and believes that there is indeed sufficient opportunity to add more flights.

And so, after various negotiations failed to show any progress, the UAE has now told the Canadian government that it has rescinded approval for Canadian armed forces to use a base in the UAE, giving them 30 days to relocate their troops.  Adding a delightful bit of insult to injury, the UAE also refused overflight rights earlier this week to a plane carrying Canada's defense minister, who was returning back from a visit to Afghanistan.

Canada says that it is, hmmm, 'opposed to linking air negotiations to geopolitical issues'.  Apparently it is also opposed to allowing Canadian passengers access to more flights on more airlines to more destinations.

I've been watching, from the sidelines, the development of the boldly named Virgin Galactic's revolutionary new 'spaceliner' – a craft that makes brief sub-orbital flights into space.  The brief flights will be sold to the general public, or at least that small part of it willing to pay about $200,000 for a very brief flight more or less to the edge of space, with a short period of weightlessness in the middle of the flight.

This week saw the successful first test flight of the craft, detaching from its 'mother ship' and then gliding back down to land.

What I completely can not understand is how a thinly funded private company can design, develop, and build the spaceship and its mothership in a compressed time frame and at minimal cost.  We have Boeing and Airbus dithering about whether they'll build a new updated version of their A320/737 series of planes, and estimating development costs to exceed $10 billion (in addition to which there would be related development costs for new engines for the planes) and lead times from commitment to first flight probably in the order of ten years or so.  The 787 program has been underway for 6 1/2 years already with the first plane yet to carry the first ever commercial passenger.  And that's just for a derivative airplane from a company with an extensive history of airplane design/development.

So how can Virgin Galactic, in partnership with Burt Rutan, do so much, so quickly, and with so little?  I've kept expecting the program to announce delays or to quietly fade away, but it persists in passing developmental landmarks and becoming more and more tangibly real.

Meanwhile NASA, with its three space shuttles retiring and the last shuttle flight planned for June next year, is about to lose all capability of manned space flight at all.

What is wrong with this picture?  Should we put Sir Richard Branson in charge of NASA?

I wrote of my problems with rude nasty staff in New Zealand's Auckland airport when flying back from there in August.  Checkin staff showed a colossal lack of interest in my problem (of checking my bag all the way through to Seattle) and security staff were belligerent and stupid.

But at least no-one leaped over the counter and started punching me in the nose and, ahem, kicking me between my legs.  That was the unfortunate experience of this traveler a couple of days ago.