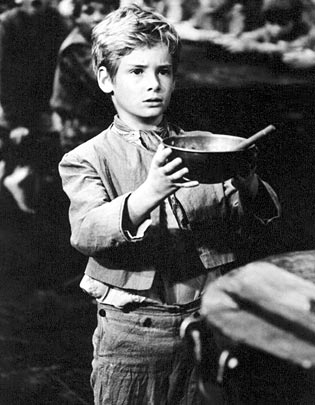 This year's annual fund raising drive continues to, alas, under-perform compared to most previous years, and a couple of readers wrote in with a suggestion.  But before revealing this suggestion, I must first thank the 88 extra people who responded in the last week, bringing us up to a new total of 302 supporters.  This is not quite half the 611 people who had responded at the end of the third week of last year's appeal.

While the numbers are down, there are still some very kind and generous people out there – clearly at least 302 such people, including another group of super supporters – super thanks to Jamie M, Don B, Judy F, Sara P, Ken A, Ahmed R, Paul F, Guido F, Chrystin P, John M, Gregory L, Hank F, Linda T, Greg B, and Gregory A (hmmm – three Greg/Gregory super supporters this week!).

So, here's the link to the page where you can choose to become a supporter of The Travel Insider in a form that hopefully will be obvious in all email programs :

To quickly remind you, we operate on a 'public broadcasting' model where the newsletter and website are free, but in return, we seek your voluntary support, once a year.  Please do help keep The Travel Insider up and running – your help is greatly needed and much appreciated.

As an amateur student of human nature, I always find the response to each year's fundraising drive a fascinating experience.

Another unanswerable question on a directly related matter – how is it my medical insurance went up 37% from last year's rate to this year's rate???  How is this possible?  It isn't as though the rate was unusually low in the past – it was a commercial market rate.  Is this the first bite of Obamacare?

And talking about the raising cost of government programs, the FAA is proposing to increase the overflight fees it charges to airlines that operate flights through US airspace.  Airlines have to pay a fee to the FAA for the privilege of flying through US airspace (I think every country in the world charges this type of fee), and the FAA has decided to increase the fees it charges by 14% next year.

Okay – no big deal, perhaps.  A 14% increase.  Ah, but then the fees will go up another 14% the following year.  And then another 14% the year after that.  And, yes, one more 14% increase for the subsequent year again.  That's a lot of increase, which the FAA says is needed due to it having formerly incorrectly calculated how much it should charge.

In case you wondered, at the end of the increases, airlines will be paying $56.86 per 100 miles of US airspace overflown.  So for a flight that has say 2500 miles of its journey routed over US airspace, that would be a $1421 fee.  Enough to buy me just over two months of health insurance….

How about talking about saving money for a change.  I had one of the couples on this year's Christmas Markets Rhine River cruise cancel just now, thereby forfeiting their $400 per person deposit in the process.  If you are able to quickly accept this deal, then you could get this cruise (in an A category cabin) with both the 5% discount and the $400 per person pre-paid deposit, making it a real steal of a deal.  There would be a $50/person 'name change fee' but that $50 fee gets you $400 worth of extra savings.  Please let me know if you'd like to grab this cabin – first in, first served.

Or if you'd prefer a cruise of a very different nature, Holland America is offering a spy themed cruise on their Eurodam, sailing from Port Everglades on 13 November.

The cruise is advertised as a private group aboard the ship where members attend exclusive lectures and talks on espionage, spies, intelligence, counterterrorism and lots more.  Speakers are intelligence experts, leaders, officers, operatives, analysts, authors and historians, many of whom served in the US Intelligence Community.

The cruise is sponsored by the Centre for Counterintelligence and Security Studies, Henley-Putnam University and Counter Terrorist magazine.  Part of the cruise proceeds go to a scholarship fund for the children of fallen CIA officers and another memorial fund for a U.S. Army soldier.

If you ever wanted to know about spies and espionage, and apparently to meet real spies too, this is the cruise for you.

I'm closing the series of blog entries this week with one about the world's best and worst jobs.  Here's another job, but I really have no idea where on the spectrum it lies between best and worst – it involves one of those topics that is guaranteed to always raise a smile from Travel Insiders.