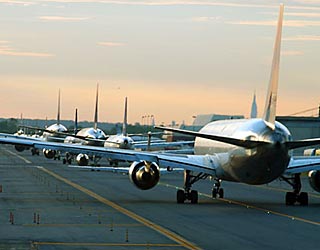 The Airline Deregulation Act of 1978 was hailed as abolishing the previous legislative and regulatory constraints on US airlines, freeing them to operate in the open market, and to survive or fail as the market would subsequently allow.

Most of us vaguely understand that when the airlines were deregulated, they were then allowed to fly where they wanted, and to charge the fares they wished.

But how true is this?  In the next two parts of my ongoing and increasingly extensive series about airline deregulation, I take some 4,000 words to look at just some of the areas where airlines continue to be regulated.  Which parts of the airline business are still regulated?  Oh – just about every part!

Here's a link to the first part, which looks at some of the regulations related to establishing and operating an airline, and you can either click from there on to the second part, or go directly from here to a study of some of the remaining regulatory and other external constraints on managing and marketing an airline.

Please let me know if you think there are other important regulatory impacts that I've omitted.