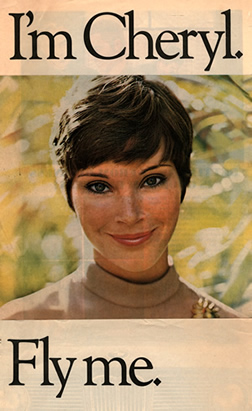 Yes, we all know that sex sells, but generally there is at least a very thin veneer of pretence to obscure the underlying sex sell concept.  However, there are occasional and notable exceptions….

Airlines have tried various types of suggestive advertising in the past, such as the famous ‘Fly Me’ campaign by National Airlines in the 1960s and Southwest Airlines’ hot pant wearing stewardesses (back before they became known as flight attendants) in the 1970s.


However, in these days of generally more intense political correctness (and with airlines abandoning their earlier ‘you must be young, attractive and single’ hiring policies) most western airlines seem to have abandoned the sexy selling concept.

There have been exceptions – for example, the campaign by Spirit Airlines a week ago that resulted in such a level of public outrage as to cause the airline to withdraw their ads (but the free publicity that Spirit received undoubtedly made the campaign a great success). 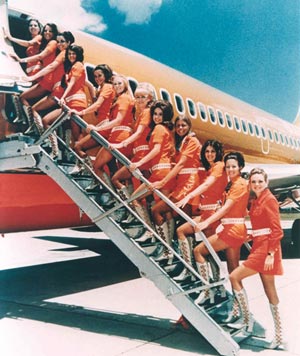 Asian airlines have held on to such images more strongly (Singapore Airlines and its iconic ‘Singapore Girl’ advertising series, for example – an image that has been about since 1972 although even this is now being toned down somewhat).

And then, in a category all of its own, and for the ne plus ultra, there is, ahem, Russia, a country still new to the concepts of free market advertising, but clearly a country that is rushing to endorse the best (or should that be the worst) of western advertising practices.

One doesn’t know whether to laugh or be outraged at this ad from Russian airline startup Avianova (suggestion – lighten up and laugh – it is so over the top as to be laugh-out-loud funny).

Avianova started business last August and currently serves 16 Russian destinations with five Airbus A320s, and clearly are hoping for the breast best of success in the future.