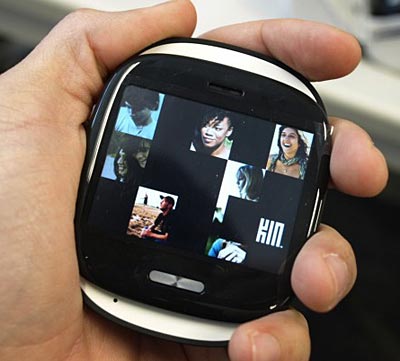 Microsoft announced a new entry into the cell phone marketplace about three months ago – two phones under the name of ‘Kin’.

At the time, the phones seemed to be
ridiculous and of no interest to anyone.  The stock response, given by a Microsoft apologist with a condescending sneer, was that the phones were designed for today’s teenager and early 20-something crowd, and we as older people neither understood this market nor were the target market for the phone.

Rumors surfaced two weeks ago that the
phones had sold something like only 500 units – an unthinkably small number for a product with Microsoft’s marketing might behind it and being sold through the US’s largest wireless provider, Verizon.  It is also a more than embarrassing contrast to the newest iPhone which sold 1.7 million units in its first weekend.  Microsoft refused to release actual sales figures.

And now, today, Microsoft is announcing that it is cancelling plans to release the Kin in other countries and in a carefully worded statement, it seems that the Kin in the US may be not long for this world either.  Their statement says

We have made the decision to focus on our
Windows Phone 7 launch and we will not ship Kin in Europe this fall as
planned. Additionally, we are integrating our Kin team with the Windows
Phone 7 team, incorporating valuable ideas and technologies from Kin
into future Windows Phone releases. We will continue to work with
Verizon in the U.S. to sell current Kin phones.

‘Working with Verizon to sell current Kin phones’ sounds a bit like remaindering off the existing stock, don’t you think?  Will this be counted as another one of Microsoft’s massive marketing mis-steps?  Will it enjoy a place of (dis)honor alongside Bob?

Here’s a good analysis of the multiple reasons the Kin phone failed so spectacularly.  Obvious in hindsight, and indeed obvious to most of us right from Microsoft’s initial announcement, too.