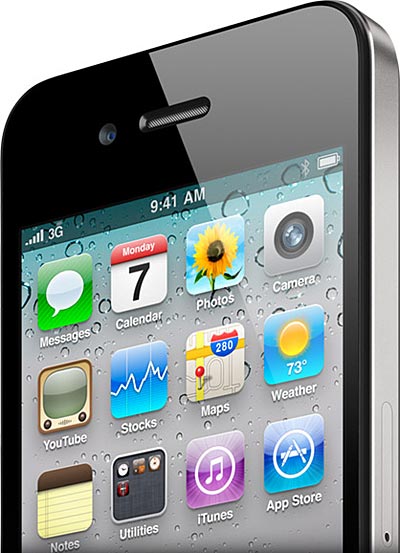 Now that the excitement and initial euphoria over the formal announcement of the iPhone 4 is subsiding, let’s look at what the new phone does not do (but could and arguably should do).

1.  Act as a mobile hotspot :  Now that AT&T is charging on a usage basis for wireless data, there should no longer be any impediment to unleashing the full capabilities of the iPhone to bridge between a 3G wireless signal between it and the internet as a whole, and to then rebroadcast that data signal via its built in Wi-Fi transceiver.  Other phones do this – why not the iPhone too?

2.  Wireless link to your computer/iTunes :  Why is it still necessary to connect to one’s computer via an old fashioned data cable in order to synch up with iTunes or transfer content?

3.  The latest/greatest Google apps :  Okay, so the relationship between Google and Apple is no longer quite as ‘win/win’ as it once was, but shouldn’t the two companies make that a behind the scenes thing, and allow iPhone users access to all the latest Google products.  Google Voice is only available as a ‘cheat/workaround’ endrun by Google, and we have no Google Goggles or Google GPS turn by turn navigation.

4.  A removable battery and memory card :  Apple’s obsession with design is admirable up until the point where it starts to interfere with functionality.  Not allowing a user to conveniently open the unit up and swap batteries over is a design step too far.  And who knows what the reason is that Apple doesn’t allow users to use micro SD cards for external memory – perhaps it is a fear on Apple’s part (probably misplaced) that if they allowed this, many people would prefer to buy a 16GB phone and supplement it with micro SD cards rather than pay $100 more for the 32GB phone.  Particularly now that the phone can record HD video, which chews through data at a great rate, the convenience of removable memory cards to record video onto, and then to transfer the video from the phone, is sorely needed.

5.  Speaking of which, where is the 64GB version of the iPhone? :  This generation of iPhones duplicates the previous 3GS, with a 16GB and 32GB version, and at the same price.  Again – HD video requires a huge amount of space.  With no removable memory capability, there’s a growing need for a 64GB model.

6.  RFID :  There was speculation that the new iPhone might include an RFID chip (or as it is increasingly being called in the hope that it sounds less threatening – ‘near-field communication technology’).  This would allow for the phone to be used with payment processing, to unlock hotel doors and other things, and for who knows what other as yet undeveloped but potentially very useful applications.  This would be a great example of Apple being innovative.  Instead, we get a gyroscope – innovative, yes; but which will be used for exactly what, other than games designed for teenagers?

7.  T-Mobile 3G support :  We know about Apple’s exclusive arrangement with AT&T which apparently runs through until 2012.  But does that prohibit Apple from adding extra functionality to the phone that would benefit users who unlocked their phones or wished to roam onto T-Mobile (and select Canadian networks too)?