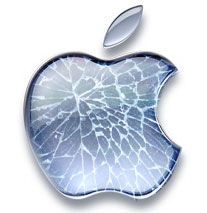 The extraordinary and largely undeserved success of Apple’s iPad is all the more extraordinary when one understands that its sales numbers are being achieved in spite of, rather than because of Apple.

Here are three policies that would seem to harm rather than help the sales of iPads :

1.  There is a limit of two iPads that can be purchased per customer – not just per visit, but apparently, a lifetime limit.

I have finally come across a possible bona fide reason to have an iPad – to use its large screen and comparatively high resolution as a super GPS.  Unfortunately, Apple in its infinite wisdom only adds GPS receivers to the iPads that are equipped with the 3G wireless capability, and I had earlier chosen to buy a WiFi-only iPad.  So, it looked like I might need to buy another iPad (thereby bringing me up to my lifetime limit!).

Needing this in time for the Scottish tour I am leading in mid-June, and with a potentially two-week backlog in getting iPad orders fulfilled, followed by a one-week lead time for shipping, I called Apple and asked if I could pay extra to have a unit (once one finally became available), shipped to me overnight.  the difference between a day and a week would make all the difference between getting one before I left or not.

After a series of ridiculous responses, we ended up with a flat refusal to ship me a unit in any type of expedited manner at all, no matter how much money I offered to pay for the faster shipping.

This means that I probably would not get a unit prior to leaving for Scotland.  So I did not order one, and while the loss of one more iPad sale will scarcely be noticed by Apple, I remained completely confounded by their refusal to offer expedited shipping for some sort of increased shipping charge.

Apple would doubtless claim that its limit of two iPads per person is so as to fairly allow everyone a chance to buy one.  But, in actual fact, the opposite seems to be the case – iPads are currently being sold secondhand for $100 and even $200 more than their full new price on places such as Craigslist.

Success is definitely a transformational experience.  Sadly, Apple is not being improved by its success.