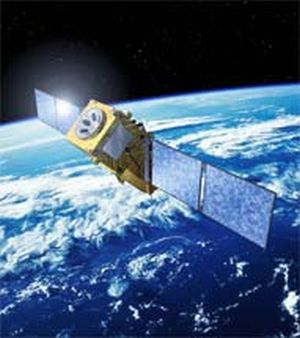 Have you ever noticed how most legislation that is introduced to protect us against terrorists seems to end up doing little or nothing to help us ‘win the war against terrorism’, while adding another layer of inconvenience and restriction on ordinary people for no apparent good purpose?

Many of these new measures are naïvely introduced by people with good intentions but bad understandings; by people who can legislate more quickly than they can think.

The latest example of this is a new bill introduced in the Senate that would require everyone who buys a ‘no contract’ cell phone to provide formal ID at the time of purchase, and for the wireless phone companies to link that cell phone to the person so identified, keeping records of who registered each and every phone while it is active and for 18 months after the phone has been canceled.  This measure is explained as stopping terrorist suspects such as the would-be Times Square bomber from hiding their identities by using prepaid cell phones to plot their attacks.

This sounds like a good thing, correct?  No.  It is misguided, ineffective, and unnecessary.

First of all, it assumes that some agency is monitoring all cell phone calls at present, and that when terrorists hatch their fiendish schemes, they do so by talking about them in plain English terms on cell phones – ‘Hey, Ali, this is Yusuf, let’s build a bomb at our hideout at 1234 Main St. tomorrow morning at 10 AM, and then drive it to the Federal Building downtown at Central Plaza, in our red van registration 123 XYZ and blow it up at 1 PM’.  In other words, all the authorities need to do is monitor all our phone calls, all the time, and as soon as we talk about a terrorist plot, they will know who we are, and can swoop in and arrest us.

Secondly, this new bill claims that the only way to trace a cell phone call is if we know who it was that purchased the cell phone in the first place.  This is a very simplistic assumption, and if it was as simple as this, it would also be a very simple case for bad guys to simply round up a bunch of street people, and pay them a small amount of money to each go ahead and buy a dozen or a hundred phones, thereby giving the bad guys a pool of phones purchased by more or less untraceable people with no links to the bad guys.

This is actually what bad guys do at present — they buy phones, a hundred or more at a time, and then use each one briefly, before discarding it and replacing it with another one.  And, guess what – even at present, the specific bad guys of interest to the authorities do not personally go and buy the phones.  They get other people to buy phones for them, and they buy them through intermediaries, and via various other sources, all around the world.

In any case, knowing the identity of the person is of little value to the authorities, because there is little chance that the person is at their registered address while doing the bad things they are planning.

On the other hand, these days it is possible to calculate a cell phone’s actual current location to a surprisingly accurate degree simply by analyzing the signal it is continually transmitting.  Any cell phone that is switched on is always communicating with nearby cell towers, telling the cell towers where the phone is, so that if a phone call comes to it, the cellular network knows where to find the phone and where to direct the call.

Of course the authorities can also see all the call records of what other phone numbers the phone has called, of who has in turn called them, they can read incoming and outgoing text messages, and there may even be some stored records of the actual phone calls made and received too.

They can also see what other cell phones have been close to the cell phone they are tracing, and can find out a great deal of information without needing to know anything about who originally purchased the phone.

Oh – one more thing.  This latest addition to government snooping on its citizens is being justified by the failed Times Square bombing.  But, two things argue against this attempt by the authorities to catch a free ride from this act of terror.  Firstly, it would not have mattered at all if the would-be bomber had registered his cell phone or not, because the authorities knew nothing about him or the threat he posed prior to his leaving the parked van with bomb inside in Times Square.  They were not trying to monitor him, he was not a person of interest, and his cell phone was similarly of no interest.  Secondly, let’s not forget the fact that the authorities caught him very quickly after the event, even without the ability to link any cell phone to him.

They found out who he was by tracing the van he purchased, and then found out his cell phone number from the person he had bought the van from.  From this piece of information, they could then start getting real time location information about where the cell phone was (and therefore presumably where he was too), They could immediately start monitoring the calls were being made to or from that phone, without needing to know his name, and they were able to look at his cell phone call records to work out who he was.

Lastly, if underage students and illegal immigrants can both readily access fake IDs, how hard will it be for serious terrorists to do the same?  How will a typical Wal-Mart employee be able to verify and validate an out of state or out of country ID being used by someone while buying a cell phone for $20?

So, this is a solution in search of a problem.  It will not help the authorities in the way it is being proposed, but it will add another level of overall government monitoring and control of us, it’s law abiding citizens; and will add one more tiny pinprick of inconvenience to us as we go about our ordinary lives.  In other words, it is another victory for the people who hate us and who seek to destroy our formerly free way of life.

1 thought on “Big Brother Wants to Watch You More Closely”