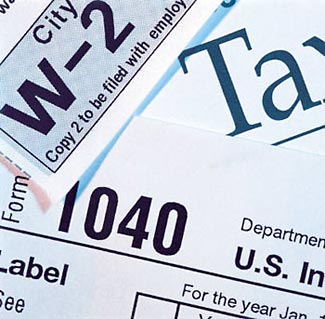 So, as we now know, on Friday last week an FAA authorization expired, due to political wrangling between the parties in Congress.

This has caused the FAA to discontinue some services, and it has also meant that we no longer have to pay a 7.5% tax on all domestic airline tickets we purchase, nor need we pay the same tax on frequent flier miles, and we also are currently spared a $3.70 per segment fee on domestic flights.

The airlines have also benefitted, due to the removal of a federal tax on the jet fuel they purchase.

The government, on the other hand, is no longer collecting an estimated $200 million for each week that the current impasse continues.

Happily – and unhappily – this behind the scenes squabble has had almost zero impact on us as travelers in our day to day travels.

The happy making part of this is that airline flights are still operating normally and safely.  That is definitely a good thing.

The unhappy making part is that most of the savings we could have expected to enjoy from the suspension of these two ticket taxes have mysteriously disappeared due to the airlines quickly raising their fares by an amount closely equivalent to the former taxes.  We as passengers are still paying about the same to fly somewhere, but whereas last week this money was going mainly to the airlines and partially to the government, this week sees all the money going to the airlines.  Don’t forget the airlines are also profiting from a major reduction in their jet fuel costs too, now that each gallon of jet fuel is no longer burdened with a federal FAA tax on it.

This exposes a couple of issues.

The first issue is a reflection on what the airlines could have and should have done when the taxes were suspended.  Here’s a list of possible actions, ranging more or less from most generous to most selfish :

Well, even if you don’t already know the answer, you don’t win any prize by skipping over the first four answers and zeroing in on greedy answer 5.  The airlines decided to enjoy something in excess of a 10% increase in airfares combined with something close to a 20% drop in jet fuel costs.  Hey – they’ve all those executive bonuses to pay for, after all!

Probably none of us are totally shocked at the airlines’ venal streak of self-interest overriding any other considerations.  Besides which, if they did allow all airfares to drop by 10% or more, they simply don’t have enough extra capacity on many of their routes at present to handle an increase in passengers flying (how strange is that!).

But now for the second issue.  The airlines, both directly and through their lobbying group, the Air Transport Association, regularly denounce the high level of taxes on air travel.  Admittedly they have some good points.  Why should air travel be taxed at a higher rate than other activities?  Why should air travel even be taxed at higher rates than products such as alcohol and tobacco, products laden with ‘sin’ taxes?

And how can it be fair that air travel related taxes have increased from $3.7 billion in 1993 up to approximately $17 billion now?  Has your income increased almost five-fold in the last 18 years?  Why should the government take five times more money now than 18 years ago?

Indeed, even their complaint at having to pay for their own security (although the TSA is a government department, it is partially funded by the airlines) is not without its merits either.  Why should the airlines have to pay for their own security against terrorist attack when other types of business don’t also have to pay?  Do businesses around New York’s Times Square pay a security levy to cover the massive security provided when special events occur there (eg the New Year celebration each year)?  Did the airlines ‘pick a fight’ with terrorists directly, or are they merely a casualty in a broader dispute at a national level between our country and the terrorists?

But the ATA doesn’t just complain.  It also prophecies doom and gloom.  The high cost of air tickets – caused by all this overtaxation – is discouraging air travel, which means a contraction in the US economy in general (or, at the very least, acts as a brake against economic growth).

So wouldn’t the ATA and its member airlines be delighted by this temporary respite from over-taxation?  And wouldn’t they be pleased to visibly expose to us the extent of the taxes that are usually subtly ‘hidden’ in the published ticket price, so as to cause us as the traveling and voting public to be more aware of the cost of taxes on our tickets?  Wouldn’t they even delight in our pain when the taxes are inevitably returned, and then seek to co-opt us all to join them in lobbying the government to reduce its unfair tax burden on the airline industry?

Apparently not.  By greedily grabbing the money formerly going in taxes and redirecting it to their own bottom lines, the airlines have exposed the lie of their complaining about taxes.

Because, you see, the airlines could care less about the taxes we pay, except for one thing.  They have already pretty much maxed out the price they can charge for tickets, and so it is a ‘zero sum game’ – every dollar that goes in taxes is a dollar less they can take for themselves.

Which puts us in a real dilemma.  I’m no fan of big government, and I’m outraged at air travel related taxes having increased five fold in the last 18 years.  But being as how this money would otherwise clearly have gone into the airlines’ pockets rather than to the government, which is the lesser evil?  Allowing the government to spend the taxes any which way (including on essential air travel infrastructure), or allowing the airlines to make bigger profits, to operate less efficiently, and to pay bigger bonuses?

All of a sudden, maybe government taxes aren’t quite so bad, after all.

3 thoughts on “Airlines Expose their Hypocrisy (Are You Shocked?)”