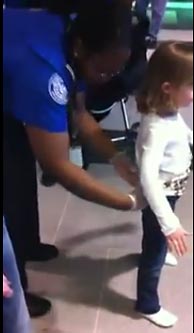 To start off with some good news (for a surprising change), if you like to buy a bottle of something at duty free when traveling internationally, you'll know all about the terrible frustration of seeing your bottle seized gleefully at an airport security point when changing planes en route.

Over the last few years, there has been an evolution to an official type of sealed tamper evident bag in which duty free liquids, aerosols and gels that would otherwise be prohibited from being taken onto a flight can be carried.  The bag design has been solidified and is widely in use, and now the EU has said that effective 29 April, travelers bringing such items into the EU can change planes and continue flying on to their destination without having to surrender the goods, just so long as the items are in one of these official tamper evident bags.

Although there is some concern that not all airports will immediately accept and implement this new regulation, the forward outlook is definitely positive.  Now if only the US and Canada would adopt a similar policy.

The Feds’ approach to fighting terrorism is merely an excuse for massive spending, lucrative contracts, and frighteningly unconstitutional abuses.  The bigger threat to our well-being isn’t terrorists, but our own government’s knee-jerk reaction to them.

No, this isn't me talking here (although it as well could be).  Instead, these are quotes from Bogdan Dzakovic, a person who has worked in aviation security for 23 years, first for the FAA and subsequently for the TSA.

As for the risk of terrorist strikes, according to the National Safety Council, Americans are more likely to die from a legal execution than a terrorist attack.

Here's a good two page article that talks more on these points.

The TSA is very proud of its BDO's – its 'highly trained' Behavioral Detection Officers who patrol airports inconspicuously, looking for people unconsciously displaying tell-tale signs of nervousness or in some other way giving away the fact they are not simply ordinary anxious passengers but instead are terrorists about to launch an attack.

Despite having some thousands of such staff now on duty making us safer, there remains no reason to suspect they are at all effective.  The latest GAO report lambasts the TSA for introducing this program without conducting any studies as to if there was any validity to their methodology at all, and points out that in 2010 alone, individuals known to be involved in six different terrorist plots had passed through US airports where BDO's are on duty, without any detection at all.

Here's a strange story.  A Lufthansa pilot flying out of Los Angeles was caught trying to smuggle a 'deadly slingshot' into Germany.  The article goes on to claim, with a totally straight face, that the slingshot could kill people 100 ft away.  And the penalty for being in possession of a slingshot in Germany?  Up to three years imprisonment.

Three years in prison for owning a slingshot?  What would Dennis the Menace think?

Lastly this week, a video of a six year old angelic little girl being given a very extensive patdown at New Orleans Airport has 'gone viral' – you can see it and some commentary here.

In fairness to the TSA, the screener in question was polite and friendly and made the process as unthreatening as possible for the little girl.

First of all, who in their right mind would consider this little girl (or her upper middle class parents) a security threat?  The time spent – the time wasted – harassing this little girl could have been much better spent being more watchful and vigilant on more realistic threats, or on just speeding everyone through the security line a little quicker and a little more positively.

Third, if she had alarmed on the way through the scanner, the TSA would know where on her body the alarm sounded, and could have concentrated their search on just that region, rather than doing a top to bottom scan.

Fourth, the TSA says that children under twelve go through a 'modified' (ie less invasive) scan.  If what we see in the video is a modified scan, I'd sure hate to get the real meal deal.

There are moves afoot (in the TX legislature) to ban the word 'retarded'.  But until such time as the ban is in place, I think it appropriate to describe the TSA's actions, for all four reasons above, as truly retarded in this case.