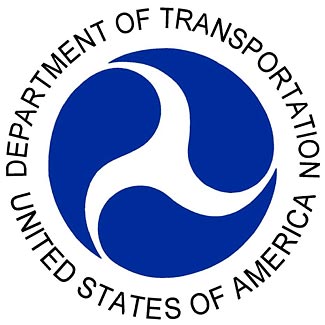 Last week, the US Department of Transportation announced a new set of airline passenger rights regulations, building on existing rights and adding new ones.  This is a positive step, and hopefully will be followed by further augmentations.

As is always the case, the process for creating these new regulations started off with a discussion period and then a 'Notice of Proposed Rulemaking' in which the DoT invited anyone and everyone to submit comments about; either for or against.

Naturally the airlines submitted comments, and equally naturally, they were generally against any new regulations that might in any way oblige them to treat us fairly and decently.

After digesting and reflecting on the comments, the DoT last week duly published its final rulemaking.

My first plan was to simply report on the new passenger rights now created.  But as I read through the Department of Transportation's 213 page formal notice, I realized there was a second story of equal interest to many of us – the story of how the airlines kicked and screamed and struggled as hard as they could to avoid additional regulation.

Most of all, to be polite, many of the arguments offered by the airlines as to why the DoT should not foist new regulations on them seemed to be counter-intuitive at best, and somewhere between weird and ridiculous at worst.

The DoT spent 165 of its 213 pages discussing the comments it had received and its rationale for which comments it accepted and rejected.  This too is part of their standard procedure, but I was struck by how regularly the quoted airline comments seemed 'beyond the pale'.

Of course, almost certainly the DoT didn't single out the worst and stupidest of the airlines' comments, but that does then beg the question – if these are representative comments rather than a selection of the stupidest, what on earth are the airlines thinking?  Or are they not thinking at all, being so used to getting their own way that they no longer do anything more than trot out 'magic phrases' that seem to have worked so well in the past?

Whatever the answer to that question may be, I thought you'd like to read some of the airline comments yourself and roll your eyes, too, at their ridiculousness.

So please click over to my new two part article about the possible revenge of the Department of Transportation on the Airlines – ie, by airing the airlines' own comments for all to see.