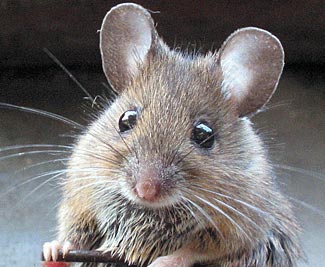 You read it here first.  Starting on 3 December last year, I wrote a five part series on how airport security needs to be improved, and wrote not just about the problems but also about possible solutions.  You can see this series starting from here.

One of the most controversial parts was the section on passenger profiling, where I suggested not only that some people should be given additional security attention due to meeting certain parameters or 'profiles', but also suggested other people could be given less security attention, due to meeting not negative but positive parameters or profiles.

And now, what do we read, but that the TSA is becoming more amenable to the concept of perhaps splitting passengers into three broad groups of security risk and offering different levels of screening depending on which group each passenger belongs to.

At last.  Some common sense threatens to replace the TSA's former dysfunctional pretense that all people are equal threats.  Bravo.

Some of the people who object to the possibly dangerous X-ray whole body scanners have suggested other alternatives, including, for example, trained dogs who could sniff for explosives on/about passengers.

Dogs definitely could do that, but one of the downsides to using dogs is they can only be used for an hour or two before needing rest time.  They have little stamina and become jaded/bored quickly.  The number of dogs you'd need to man (or should I say, to dog) a single airport's multiple checkpoints would be much larger than anyone expects.  And all those dogs need trainers/handlers, and so on and so on.  A good idea, but flawed.

However, maybe instead of dogs, we could use …… mice.

Yes, mice.  An Israeli startup company is proposing the use of trained mice to detect explosives at airport security checkpoints.  Apparently mice have a keener sense of smell than even dogs, and they can be trained to respond to the smell of explosive compounds.  Looking at the tiny size of a mouse nose, clearly there's more to this smelling business than merely the size of one's schnozz.

The technology has been in development since 2009.  More details on their website.

For now, however, there's a wonderful solution for the many of us who don't want to risk a possibly dangerous dose of X-rays as we make our way through airport security.

As I've observed myself, you simply choose to go into the terminal's secure area through a checkpoint that does not have an X-ray machine deployed.  In most airports in the US, only some of the security lanes have X-ray detectors, and it is usually easy to tell in advance which lines feed to which machines.  Simply go stand in a lane that doesn't have one.

Gosh – I hope the terrorists aren't reading this.

Here's a story that reports on a new personal hiding place for drugs and potentially explosives that some more well endowed men could use.  Okay, one person couldn't smuggle enough explosives onto a plane alone, but get a group of men together, each with as much materiel as he can, ahem, carry, amalgamate it all once you get through security, and then you could indeed end up with enough explosive.

The mind boggles as to how the TSA might respond to this new proven vulnerability.  Let's just hope that any such terrorists suffer from premature explosion syndrome.