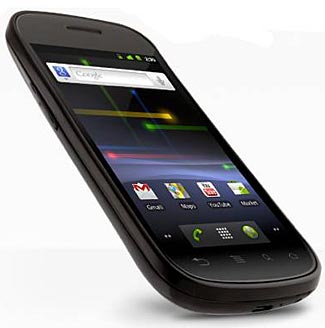 Android has been the most popular operating system for new smartphones in the US for some time, but until recently, the rest of the world has shown a very different set of results.  Nokia has languished as almost a non-event in the US smartphone market, but its Symbian OS has benefitted from a very long marketplace history in the rest of the world, meaning that Nokia has dominated smartphone sales world-wide, particularly in more price-sensitive markets where Nokia has offered lower priced smartphones than those from Apple or Android-based phones.

This is changing, with Android based phones not only going further upmarket and becoming more feature-rich and expensive (the new Google Nexus S is pictured here), but also going downmarket to become more budget oriented too, and now Android – already battling evenly with Apple's iOS for the high end of the market, is starting to convincingly displace Nokia from middle and lower market sectors.

We long anticipated the Android dominance in the US would eventually flow through to the rest of the world, but we didn't expect quite so much or quite so fast.  New figures now released by UK research company Canalys show that Android almost quadrupled its worldwide market share of new smartphones sold as between the fourth quarter of 2009 and the same period in 2010.  This pushed it ahead of Nokia/Symbian, which showed a massive decline in market share – only Microsoft had a larger percentage decline in market share.

As for Microsoft and its new Windows Phone 7 software, these figures may not show the full picture, because Windows Phone 7 was released at the end of October, giving MS only two of the three months during which it had Windows Phone 7 available for sale.  On the other hand, vendors also continued to sell Windows Phone 6.5 based phones throughout the quarter.

Microsoft remains significantly quiet about the 'success' of its Windows Phone 7 OS, preferring to talk only in terms of the inflated (but still lack-luster) number of units of software/phones shipped to retailers, rather than the number actually sold on to end-users.  This has to be because the actual sales numbers are disappointing, and clearly MS has failed to create any significant groundswell of interest among the marketplace as a whole, notwithstanding a massive marketing budget, good underlying hardware, broad support from the wireless service providers, and the whole corporate power of Microsoft committed to making this a 'must win' product.

The ongoing success of Windows Phone 7 will be further jeopardized, at least in the US, when Verizon starts to offer iPhones in February.  This will see Windows Phone 7 struggling against more strong competition in the country's largest wireless provider.

The most interesting thing about these figures is the overall growth of smartphone sales, which has allowed almost all OS vendors to claim 'continued success'.  Because the overall market grew by 88.6%, it is possible to lose a huge amount of market share but still to show a growth in units sold (the only exception to a growth in unit sales being Microsoft).

And so RIM in particular has been happily pointing to a growing number of Blackberry devices sold (14.6 million in 4Q2010 compared to 10.7 million in 4Q2009) while ignoring its slide into marketplace oblivion.  Its 20% market share in 2009, which made it the second largest vendor of smartphone OS's a year ago, is now down to 14.4%.  It has been overtaken by both Apple and Android in the process, slipping from a strong second place to a weakening fourth place.

As we've observed before, there's only room in the market for two or possibly three smartphone operating systems, because the increasingly important software development community does not want to customize their application software endlessly to run on a large number of different OS's.  Apple seems assured of a place, due to Apple customers spending more on apps than other OS users, and Android clearly is becoming dominant in terms of total market share.

But what other OS's might remain?  Nokia's Symbian is already very poorly supported by app developers, Windows Phone 7 has yet to reach critical mass, and RIM seems doomed to oblivion.  Well, there is also the former Palm and now Hewlett Pakard webOS product, but that is some part of the dwindling 2.9% of 'other' OS's that seems to be of little relevance.

Might it end up as a two horse race between Apple's iOS and Android?