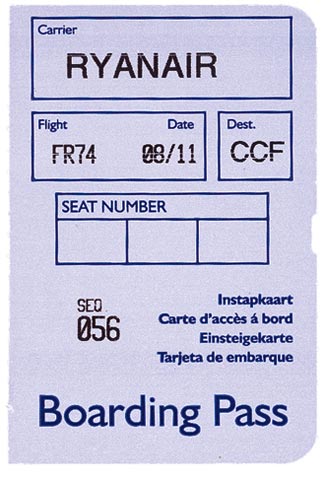 What a dismal week it has been.  Snow and bad weather galore if you were on the East coast.  About the only good news to come from this is further evidence that global warming is no more real than Santa Claus.

Indeed, the most recent reversal of global warming's proclaimed truths relates to the UN's solemn report that the glaciers in the Himalayas would all have disappeared by 2035 – a report offered as (and enthusiastically accepted by many as) the gospel truth but based on no facts at all.  This has now been debunked by a genuine scientific study that shows, instead, that the glaciers are increasing in size, not diminishing.

Winners and losers.  Airline results for the fourth quarter of 2010 and the full year are trickling out, and while the airlines should have had a brilliant 2010 with very high loads and firming fares all the way through, that has not consistently been the case, and needless to say, the weaker airlines are already blowing the dust off the 'high jet fuel cost' excuse to be used as needed during 2011.

Leading the pack is Delta.  The airline revealed an excellent result with a $258 million profit for the quarter and a $1.4 billion profit for the entire year – but this was prior to one off special items that reduced the year's profit back to $593 million.  Still a decent bundle of change.

US Airways had its first ever profitable fourth quarter since 2006, raking in a net profit of $28 million.

United (now including Continental) didn't do too well, merger 'benefits' notwithstanding, and ended up with a $266 million loss for the quarter, even though they had 4% more passenger traffic than the same time last year.

As part of reporting these results, WN's CEO, Gary Kelly spoke positively about their outlook for 2011 and endorsed their ongoing policy of not charging for the first two bags a passenger checks.  He said 'If we were to begin to charge change fees, that runs the risk of destroying a lot of good will.  I'd rather have a customer than a bag fee.  We get a lot more money that way'.

You'd think some of the other airlines might take note.

Talking about luggage fees, low-fare British airline Easyjet is looking at the possibility of changing how it charges for checked bags.  It is thinking of replacing a flat fee per checked bag with a fee based on the number of miles the bag is flown.

And talking about airline fees and low-fare airlines, I reported last week how a Spanish judge ruled that Ryanair – the all-time winner of 'the most outrageous airline' award – could not charge an outrageous €40 ($52) fee to print a boarding pass in cases where passengers did not print their own at home.

So what does Ryanair do?  Does it say 'Sorry, we promise not to do this anymore'?  Oh no, of course not – that would endanger their long held status of 'most outrageous airline'.  Not only are they appealing the ruling, but they have said that if they are not allowed to charge the full €40, then they'll simply refuse to print boarding passes themselves.

So what happens if you turn up at the airport without your boarding pass?  Oh, that's simple.  Ryanair will tell you to get lost, and will refuse to transport you!

Here's a question to Ryanair – and all other airlines, too :  Now that we have paperless e-tickets, why do we still need old fashioned printed boarding passes?

Indeed, some airlines are now migrating to boarding pass images that can be displayed on cell phones, but why do we even need those?

Well, that's a good question.  Perhaps you'd recognize the new airline by the names of its two operating entities, now merged into the one parent company.  British Airlines and Iberia.  The two airlines will continue to fly under their previous names, while being part of the one merged corporation.

The new company has been given anti-trust immunity to jointly operate flights across the Atlantic with American Airlines, and an indicator of the scale of this triumvirate is that there will now be 14 daily flights between New York and London by AA/BA.

Almost a case of 'you're never late for your flight, only early for the next one'.

Coinciding with the birth of the new company is the tiresome announcement that BA's cabin crew are still being fractious, and they've just voted to authorize further strike action – this being their fourth strike authorization in thirteen months.  Some reports say that they will 'do the decent thing' and promise not to strike around the time of the upcoming royal wedding, other reports say that they're promising nothing at all.

A word to the wise – in this case, to BA cabin crew :  Be careful; because I'll bet Spanish cabin crew would love to take your jobs and would happily work for significantly less.

Talking about big international airlines, Lufthansa has announced it will launch daily Frankfurt-San Francisco service with an A380 on May 10.

And how can one think of Lufthansa and the A380 without thinking of the appalling engine problems suffered by Lufthansa and the several other airlines who equipped their A380s with Rolls Royce engines, most notably Qantas, with QF nearly losing a plane in midair due to an engine explosion shortly after the A380 took off from Singapore.

There's something between Qantas and Rolls Royce at present – don't ask me what it is, but Qantas is having a terrifying series of problems with its Rolls Royce engines; not only the new ones on the A380s, but the decidedly old ones on its old fleet of 747s as well.  If I'm counting correctly, there have been four 747s that have had to make emergency landings in the last month due to Rolls Royce engine problems.

One has to feel slightly sorry for Qantas about this, because it contracted out its entire engine maintenance program – not to some shady third world operator, but to Rolls Royce itself.  Surely one can rely on the probity and competence of Rolls Royce to maintain its own engines?

This assumption is being sorely tested.  How much longer will Qantas endure this string of problems before taking back its engine maintenance?  And how much longer will engine problems result merely in a safe emergency landing, rather than cause a more tragic event?

Oxygen masks dropped, the captain came onto the intercom and said something you never want to hear a normally unflappable Qantas captain say 'This is an emergency' then pushed hard forward on the stick.  The plane nosed down and made an ultra fast emergency decent to 10,000 ft (at which point the outside air pressure becomes sufficient for passengers to breath without needing oxygen mask assistance).

No-one was harmed, but imagine what you'd think if your captain said 'this is an emergency'; the plane started to seemingly fall out of the sky, and the oxygen masks fell down (and you needed to use them).  Okay, so the captain knew it was a normal event that didn't threaten the safety of the plane or passengers, but do you think the passengers understood what was happening and why?

No-one wishes Qantas more success than me.  But at present I'm seeing near disaster after near disaster, and while I understand the reason behind the A380 engine problem and also accept the matter has been resolved, I don't understand the reason behind all the 747 engine problems, and neither do I see any clear steps taken to guarantee Qantas' return to its formerly ultra-reliable self.

Although the cause is unclear, the outcome is more clear.  Qantas is currently playing a version of Russian roulette.  It has had at least five trigger pulls in the last two months, each time resulting in a harmless click.  But how many more trigger pulls will there be, and how long before one of these causes a bang rather than a click?

Some of these 747s are 15+ years old, and were due to be retired long before now, but the twin problems of delayed A380 deliveries and doubly delayed 787 deliveries has forced Qantas to keep operating them way past the point where they had been scheduled to be taken out of service.  Most of all, these planes are often on very long over-the-water flights, many hours from the nearest emergency airport.

I'm glad that Qantas operates lovely new Airbus A330 planes on its flights between Los Angeles and Auckland, otherwise I might be forced to, gulp, fly Air New Zealand instead on my next trip downunder.