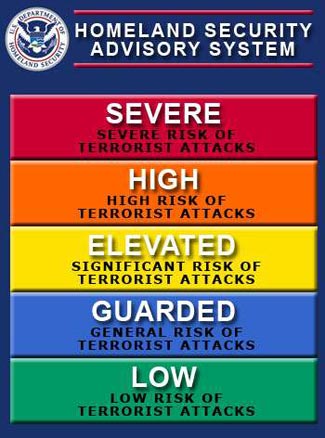 This Week's Security Horror Story :  A 37 year old software developer and Seattle resident, Philip Mocek, was arrested and charged with four offenses after refusing to show ID at Albuquerque airport and filming his interaction with TSA officials.

He was charged with criminal trespass, resisting, obstructing or refusing to obey a lawful order of a police officer, concealing his identity with intent to obstruct, intimidate, hinder or interrupt, and disorderly conduct.  If found guilty, he could have faced up to 6 months in jail for the disorderly conduct misdemeanor charge and up to 3 months for each of the other three charges – in other words, up to 15 months in prison.

As a side bar comment, note that these offences were all NM state offences, and therein should lie (a good word, that, – lie – because there were lies a plenty in this case) your first hint that something strange is up.  Because surely if Mr Mocek was doing something illegal by refusing to show his ID to federal TSA officials and refusing to stop filming these federal officials, wouldn't he instead have been facing federal rather than than state charges?  How come there were no federal charges laid against him?  Did the TSA decide to 'go easy' on Mr Mocek?

The NM state prosecution presented testimony from lots of TSA staff and police officers, all of whom had filed remarkably similar reports, including references to Mocek raising his voice and shouting so much that other passing by passengers became alarmed and hesitated to proceed through security.

The case was heard before a jury.  The prosecution presented their case over several days including playing the tape that Mr Mocek made during the incident.  The defense presented no testimony at all, and Mr Mocek did not testify.

The outcome?  Mocek was completely acquitted on all four charges.

The case against Mocek was so transparently non-existent, and the sworn statements of the officers so clearly contradicted by the video recording they themselves submitted to the trial, that the jury had no problem whatsoever in dismissing all four charges, even without the defense needing to utter a single word.

To give an example of the weakness of the prosecution case, Mr Mocek had already secured written permission to videotape at the airport from the TSA itself!  The TSA formally acknowledges on its website that you don't need ID to fly (I bet half of you didn't know that!).  The prosecution never explained exactly what the 'lawful order' was that Mr Mocek refused to obey (because there wasn't one), and the only disorderly conduct was on the part of the police, not Mr Mocek.

While this is a wonderful triumph for Mr Mocek and the civil rights of us all, don't think the story stops there.  What about the handful of TSA officials and police officers who variously blustered, bluffed, bullied and outright lied through this process?  Mr Mocek risked 15 months in jail if he lost this court case.  What is the downside risk to these 'servants of the people' for acting so egregiously.

It doesn't stop there.  Maybe, at a stretch, we could excuse the ignorant actions of front line TSA and airport police.  But what about the District Attorney's office that decided to press charges, and the not one but two Assistant DA's who proceeded to mount their dismally failed prosecution?  Were they too totally ignorant of the law?  Or utterly venal and vindictive?

And although Mr Mocek won, what about his costs of his defense?  And – for once a true consideration – the mental suffering and anguish and worry he must have experienced, worrying about the possibility of incarceration if he should by some quirk of 'justice' lose?

As long as we have a situation where public officials can act malevolently with absolutely no downside risk to themselves personally, to their pocket books, to their liberty, or to their careers, we – the people – will continue to be the losers.

You need to know more about this case and its ramifications.  This is a great starting point, and please take the time to click some of the links from the first page.

Talking about lawsuits, many of us may have had a hard time taking Jesse Ventura seriously, but he is now suing the TSA for their body searching him.

Now I'm not saying he and other well known personages should get special treatment, not at all; but let's use some common sense.  Does one really need to, ahem, squeeze the balls of a recognized public personage every time he flies in the genuine belief that he might be hiding plastic explosive between his legs?

There's more to the case than that.  Here's a good summary.  And it raises a very difficult and very valid question – if the TSA aren't allowed to conduct 'full body searches' how can they ensure we are not smuggling explosives on board a plane?  (Hint – read my article, mentioned this week, about counter terrorism.)

Talking about difficult questions, here's an interesting situation that points out the duality – the yin and yang – of much modern technology.  The Santa Monica Place shopping mall has created 'Where's My Car' kiosks.  When you're ready to return to where you parked your car, and if you're not sure exactly where you left it, go to one of these screens, enter your vehicle's registration number, and you'll be shown an image of your car in its parking spot and given a map of how to get there from the kiosk.

Which leads to this precarious balance between convenience and privacy.  Where is the appropriate point of comfort and compromise?  Details here.

Here's a story that is so extraordinary as to defy belief.  An American smuggled something in excess of 62 pistols into the UK over the course of an unknown number of visits.  Okay, that's not too extraordinary.

But he smuggled the guns into the UK in his airline checked baggage.  What's more, on one of these flights, the TSA in the US discovered the guns in his bag, but he managed to talk his way into persuading the TSA to let him contravene both their regulations, the airline's regulations, and US government arms export regulations, and fly with the guns.

Both the TSA and all airlines have formal procedures associated with transporting firearms, and I've a page here detailing 'How to Fly with Firearms' that sets these out.  In addition, the US government requires special export licenses for the export of most firearms.

But this person followed none of these requirements, and was allowed to continue on his merry way.

The Homeland Security Department has announced that it will be abolishing the current system of color coded threat level warnings (see illustration at the top).

The nation has been at a yellow 'Elevated' level of alertness for most of the almost nine years these colors have been in existence, and at all times when not at yellow, it has been at a higher, never a lower level.  This state of official perpetual paranoia has deprecated the entire concept down to meaningless nonsense.

Now you might think that it takes merely a minute to say 'let's forget this nonsense' and to stop referring to the color coded level of security/anti-terror alert, but oh no.  We are told that it will take until the end of April for the system to be discontinued, proving yet again that undoing bureaucracy is always ten times more complicated than creating it.

(A quick sidebar comment provoked by the thought of undoing bureaucracy, albeit at the risk of distressing some of you.  I had a first hand experience of the benefits of government provided healthcare this last week.  An elderly uncle in NZ had a serious stroke (just two days after his wife died), and many/various of his relations wished to stay in the hospital with him, 24/7; and he wished for this himself, too.  My uncle and his family are relatively wealthy, but the hospital refused to give him a private room, and offers to pay for the privilege were viewed as attempted bribes.  He was put in a crowded room with three other patients and the hospital would not allow anyone to stay with him outside of regular visiting hours.  Socialist healthcare….)

So what will the color coded warnings be replaced with?  Well, according to this article, maybe nothing at all except for occasional uncolored special warnings.  But readers Bill and Lyda pass on some ideas for other levels of security alert, courtesy of John Cleese :

The English are feeling the pinch in relation to recent terrorist threats and have therefore raised their security level from "Miffed" to "Peeved." Soon, though, security levels may be raised yet again to "Irritated," or even "A Bit Cross."

The English have not been "A Bit Cross" since "The Blitz" in 1940 when tea supplies nearly ran out.

Terrorists have been re-categorized from "Tiresome" to "A Bloody Nuisance." The last time the British issued a "Bloody Nuisance" warning level was in 1588, when threatened by the Spanish Armada.

The Scots have raised their threat level from "Pissed Off" to "Let's get the Bastards." They don't have any other levels. This is the reason they have been used on the front line of the British army for the last 300 years.

The French government announced yesterday that it has raised its terror alert level from "Run" to "Hide." The only two higher levels in France are "Collaborate" and "Surrender." The rise was precipitated by a recent fire that destroyed France's white flag factory, effectively paralyzing the country's military capability.

The Germans have increased their alert state from "Disdainful Arrogance" to "Dress in Uniform and Sing Marching Songs." They also have two higher levels: "Invade a Neighbor" and "Lose."

Belgians, on the other hand, are all on holiday as usual; the only threat they are worried about is NATO pulling out of Brussels .

The Spanish are all excited to see their new submarines ready to deploy. These beautifully designed subs have glass bottoms so the new Spanish navy can get a really good look at the old Spanish navy.

Australia, meanwhile, has raised its security level from "No worries" to "She'll be alright, Mate." Two more escalation levels remain: "Crikey! I think we'll need to cancel the barbie this weekend!" and "The barbie is canceled." So far no situation has ever warranted use of the final escalation level.