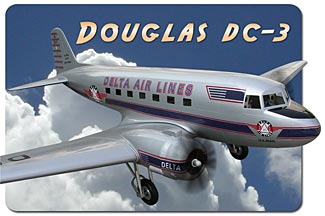 It is great to be home again, and it is great to be warm once more.  The cold snap which engulfed Europe has of course extended to the US as well, with predictable flight disruptions, and indeed, to too much of the rest of the northern hemisphere also.  One reader even writes from inner China, reporting the first snow in 19 years in Chongqing (called one of the 'furnaces' of China due to it being so tremendously hot for much of the year).

Could it possibly be that we have been too successful at combating global warming, and the pendulum is now swinging back in the opposite direction?  Should we start releasing some extra carbon emissions!

I have been luxuriating in my lovely fast Internet connections now that I am back home once more, and hope you will enjoy the lineup of content now offered to you.  Both the week's feature article and the week's security horror story should be in your 'Must Read' category, all the more so because they are semi-related to each other.

This Week's Feature Article :  Why We Need Airport Passenger Profiling :  Profiling is an essential and accepted part of our daily lives, at least in every part of our daily lives until we arrive at an airport.  Why, when nothing is at stake, is profiling both prevalent and permitted; but when our lives are at risk, it becomes forbidden?  Perhaps not everyone will agree with my politically incorrect commentary, but this is surely a question that needs to be answered.

Please read on to the 'teaser' and the next blog entry that follows in this compendium, and please click over to the main article on the website.

This Week's Security Horror Story :  The TSA continues to roll out more and more of its Whole Body Imaging scanners in airports around the country.  We are told we must accept a possibly dangerous exposure to x-rays as part of being electronically stripped naked by one of these machines, because it is essential for our safety and protection.

But when you read my article, further down this compendium, you will see to your horror that these expensive new devices can very easily be tricked, allowing a terrorist to hide lethal amounts of plastic explosive and even guns on their person.

This is not just some scare story/hype by some eccentric.  This is the finding of an academic research study.  Read my commentary, and then if you wish, read the linked full academic study, which includes very technical and step-by-step instructions on how to hide plastic explosives and guns in a way that these scanners will never detect.

Why is the TSA stubbornly pressing on with their plans to fill our airports with these expensive, dangerous, and useless machines?

I actually got to go through one of the more benign types of Whole Body Imaging scanners when flying back from Amsterdam last Friday.  It was one that used less harmful radio waves rather than x-rays to get an image of one's naked body beneath one's clothes.

Furthermore, it was a more advanced generation machine, more up to date and capable than the machines the TSA is buying.  It does not show one's actual naked body.  Instead, it simply projects, onto a generic image of a person, highlighted markings to show areas of the person where something unusual might be present based on the machine's automatic processing of the image.

If the machine reports no concerns or anomalies, you walk on through the rest of security.  If the machine comes up with an alarm, a person then pats you down on only that part of your body that the machine highlights as possibly having an item of concern.

In my case, the machine alarmed twice on me.  I know this, because I was allowed to look at the display along with the security screeners, making it a cooperative and friendly experience.  One of the areas of concern was up by one of my ears.  I have absolutely no idea what would have caused that (maybe the aliens put a metal plate in my head?), and neither did the screeners, who didn't even bother to investigate that area further.  The other alarm was similarly benign and quickly resolved by a light touch down in the affected area, with no need for any intrusive personal invasion.

Am I the only person who wonders why it is that the Dutch have more advanced body scanners (and a much more user-friendly security process) than we do here in the US?  Aren't we supposed to be a technologically advanced nation, too?  And the body scanners are actually made in the US!

One of the other items this week is about smartphone based shopping apps that can help you save money when buying just about anything.  I wrote it partially because they are truly a great added-value use for your phone anytime you're shopping, and of course particularly because we're all shopping a bit more at present due to Christmas.

After writing it, I had another experience of the value of these apps, just this evening.  I took my daughter to a performance of The Nutcracker, and at the intermission, browsed through one of the shops there and decided to buy a DVD of the ballet to give to Anna as a Christmas present next week.

While I was waiting in line to buy the $33 DVD, I used my phone to check the price of the DVD.  Ooops – other stores in the Seattle area were selling it for $16.50 – half the price, and if I didn't want to drive across town to buy it for that saving, I could simply click a button and get it delivered, second day, from Amazon, for $21 all up.

You need to get one of these apps and start using it too.  They are free, and chances are, they'll start saving you lots of money too.  Read on, below, the full article.

Lastly before moving on to the rest of this week's content, please join me in wishing a very happy 75th birthday to the DC-3.

When we think of transformational airplanes, we tend to think of the 707 – the first successful passenger jet, or the workhorse 737, or the massive 747 and its successor the A380.

Sure, each of these planes ushered in a new quantum leap forward in air travel – fast long range jets, affordable short haul jets, and low cost air travel for the masses.  But think further back, if you can, to 17 December, 1935, and the first flight of a DC-3.

The history and impact of the DC-3 is fascinating.  For example, one of the main reasons for the DC-3's development was because the President of American Airlines wanted a plane with sleeper seats.  Sleeper seats?  I bet you thought those were a modern innovation!

The first commercial flight of a DC-3 was from Chicago's Midway Airport – or as it was then called, Chicago Municipal Airport, to Newark.  The flight, operated by Flagship Illinois, cost $47.19 – not a great deal less than you can sometimes find bargain airfares for these days.

Within three years of the introduction of the DC-3, 95% of all passengers in the US were flying on DC-3s (or its predecessor, the short-lived DC-2).  The DC-3 had about twice the range of its predecessors, a slightly faster cruise speed, and carried substantially more passengers, allowing airlines to profitably operate passenger flights for the first time (as opposed to flights that primarily hauled airmail).

The DC-3 had a second impact on commercial aviation after its sterling service during World War 2.  The plane had been produced by the thousands, primarily as a cargo plane, during the war.  After the war, thousands of used surplus planes were released by the military and provided new startup airlines with a plane that was low priced to purchase, low priced to operate, and reliable.

Oh yes – the reliability of the DC-3.  It was (and still is) a pilot's delight of a plane, very easy to fly, very forgiving, and very survivable.

In large part due to war-time production, the DC-3 became the most produced plane ever.  10,655 were built in the US, at plants in Santa Monica, Long Beach and Oklahoma City.  Another 4937 were built under license by the Russians, and 487 more built by the Japanese (after WW2).  An unknown number, but believed to be in excess of 400, continue flying to this day – some still in commercial passenger and freight operation, others as restored 'museum' planes.  (The next most numerous plane is the 737, with 6,400+ planes built so far, and plenty more to come.)

Here's an interesting article about the DC-3 and its impact on aviation and here's a link to the DC-3/Dakota Historical Society.

Until next week, please enjoy safe travels, no matter what type of plane you're traveling on