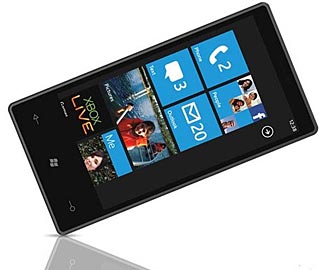 At a release event this morning in New York, Microsoft finally released its not very eagerly awaited Windows Phone 7 OS, together with a range of nine mobile phones that will be based on this new operating system.

The slogan for the new OS is a vapid

…Always delightful
…Wonderfully mine
…In out and back to life.

What on earth does that mean?  Is this the world's worst slogan ever?

This meaningless empty slogan rather highlights the new operating system which seems to have no more meaning or sense than its slogan.

To be blunt, the world does not need another mobile phone operating system.  It already has two great OS platforms on which many excellent phones have been based – Apple's iOS and Google's Android.  In addition, there is a crowd of 'also ran' operating systems that seem to be perennially doomed to an 'also ran' role as irrelevant footnotes in the mobile phone marketplace.

So is the new MS OS likely to become one of the main contenders or another irrelevant footnote?

On the plus side, it has all the mega marketing muscle of Microsoft behind it, and it has a good line-up of phone handsets ready to be released using the Windows Phone 7 OS.

On the minus side, it is very late to market, with Apple and Android 'owning' the marketplace in terms of marketplace acceptance, market share, and – perhaps most importantly – their extensive ranges of third party applications available to add to their phones.

It is also relevant to add that the new OS and phones will not be on sale in the US until November.  Phones will be available from HTC, Dell, LG and Samsung.  Nothing from Motorola, and of course nothing from Nokia (which remains focused on its own going-nowhere operating system alternatives).  Phone handsets are likely to be priced at about $200, and will be onsale from AT&T and T-mobile in the US, with Sprint and Verizon being added in 2011.

Most of the phone handsets look extremely similar to already released handsets that run on Android.  There's nothing in terms of hardware that creates a compelling reason to rush out and buy one of these new handsets.

Microsoft's presentation tried very hard to present features as exciting and revolutionary, and while it may be true they are both from the perspective of Microsoft, they are ordinary and common for people who are already familiar with the features and capabilities of iOS and Android.

Some naysayers might comment negatively about the software not having a copy and paste function, although it is promised to be released in early 2011.

While Microsoft's marketing dollars and the support of the hardware manufacturers and mobile networks will definitely get some phones into the marketplace, there is not currently any reason to expect it will capture the imagination the way the iPhone originally did and the way that the much broader range of Android based phones currently do.

One more thought – Android operates on a very fast development and update cycle, with new versions of the operating system coming out several times a year, and with each new version having major enhancements over each previous version.  Apple similarly works on an annual major release schedule, supplemented with occasional minor releases during the year.

For all reasons, we can see nothing particularly good, special or unique about this new operating system, and most of all we can see no reason to consider a phone that uses it in preference to an Android-based phone or an iPhone.

And as for the Microsoft marketing muscle guaranteeing the success of this phone operating system, do you remember the Zune?  Microsoft's attempt to compete with the iPod has been an abject failure.

Will its attempt to compete with the iPhone be any more successful?