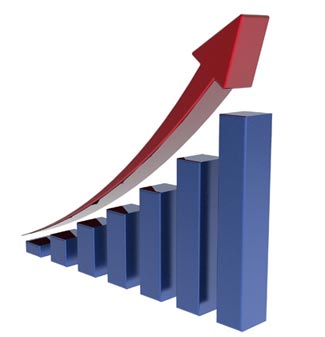 Airlines are starting to report their third quarter profits, and what great profits they are.

There's one other airline that a lot of people overlook which also reported what is, amazingly, its tenth consecutive profitable quarter.  Which is this paragon of airline operation and management?  Hawaiian Airlines, reporting a $30.5 million profit.

So – who is going to ask the question – and, more to the point, who will answer it :  With profits like these, why do airlines need to consolidate?  What is the underlying problem or need for two profitable airlines to join together?

The previous claims about needing to merge in order to survive are now exposed for the lies they were – look at CO and UA, who each made huge profits in the last quarter, prior to merging.  Which of these airlines is in peril if it does not merge?  Neither of them.

On the other hand, look at Delta's $363 million profit, a profit more or less comparable to the profits of UA and CO (and, when considering its smaller size, in line with that of US too).  Where is all the extra profit and benefit from DL's merger with now disappeared Northwest Airlines?  What can Delta now show its shareholders the extra return it is enjoying from its costly NW purchase and merger?

On the other hand, if/when economic conditions are bad, there's no evidence that larger/merged airlines will lose any less money than unmerged airlines.

Let's again state the reality of why airlines merge – to reduce competition.  That's the only real reason, and with the buoyant airfares and ridiculously full planes we're all suffering, one has to start to wonder how much of the massive airline profits now being experienced is due to 'an improved economic situation' and how much is due to the drying up of competition.

Last I looked, there's precious little improvement to the economy in general, so perhaps some part of the airline profits now being reported is a result of the steady disappearance of true competition.

Oh – talking about merging, BA and Qantas are having some hot and heavy discussions downunder.  This is one of these 'on again, off again' romances that cycles around and around regularly; and usually ending up with problems in getting a merger agreed upon and approved.

While Qantas would never say as much directly, the reality is that it continues to have a massive inferiority complex and feels it needs to merge with another airline for reasons that are as vague and specious as those offered by any other airline, anywhere else, when seeking to justify a merger.  At one time Qantas was saying that a merger or at least allowing foreign ownership of itself would allow it access to desperately needed extra capital funding.  Then only a few months later (after not getting this 'desperately needed' extra funding, it turned around and gave its shareholders a massive dividend payout.

Qantas has been one of the world's most successful and consistently profitable airlines over the last decade and longer; and so it is hard to understand why such a successful airline would ever want to merge with – hmmm – the airline that used to be one of its strongest and most direct competitors (back before they both hopped into bed in the form of creating the Oneworld alliance).  Could this too be primarily a desire to soak up the competition?

Talking about hopping into bed in something other than a full formal merger, Canada's successful Westjet Airlines is cuddling up closely with American Airlines.  They are now interlining together, an evolving arrangement that immediately gives AA access to 25 new Canadian cities that AA doesn't currently serve.

Westjet had earlier been expecting to create some sort of code-share with Southwest, an agreement that never eventuated into reality.

And now for the one tie-up that I was supporting – the rejected agreement between Delta and Australia's Virgin Blue.  The Australian government is questioning why the US DoT rejected this application (the Australians had unusually okayed it – they have traditionally been extremely protective of Qantas).  It will be interesting to see if and how the DoT chooses to respond.

Here's an interesting story about an airline CEO who went undercover to work as a junior employee in his airline.  Guess what – he was surprised at some of the things he learned and experienced.  All airline execs should take turns on the front line, and the chances are they'd all be similarly surprised.

The British government is outrageously overcharging passengers a fee that allegedly is in some way related to the carbon emissions of planes, but which is eleven times higher than the underlying carbon cost (always assuming you choose to believe in such notions in the first place, of course).  The net result – fewer people flying to Britain, something which Willie Walsh, CEO of BA, thinks to be a bad thing (and quite understandably so).  Details here.

But – methinks Walsh doth protest too much.  Can anyone say 'fuel surcharge'?  Only when BA's fuel surcharges accurately reflect the extra cost of buying jetfuel that has gone up in price above its 'normal' price levels can they turn around and complain about the government's overcharges.  At present the government is simply copying BA's own policy of overcharging the poor passengers for everything they possibly can.

Five business days became ten became fifteen became twenty, and only then, four weeks after my brief question was submitted, did I receive a response.

Alas, the response, so long in its preparation, was oblique and incomplete.  As for the concept of personal responses from specialists, all I got was a bit of canned boilerplate from someone who couldn't understand (or wouldn't answer) my simple question.

It gets worse.  I try and reply to the email I get, but the email was sent from a 'do-not-reply' email address.  The only way to continue the discussion is to start an entirely new customer service request through their annoying website interface again (why does the website interface demand to know my home address, I wonder?).

As I regularly observe, Southwest Airlines is adopting more and more of the very worst of the dinosaur airline characteristics, and now it seems their one-time truly high quality and responsive customer service has sadly disappeared.

I'll tell you more about this when I have finally got a complete answer from Southwest.  My sense at present is they are too embarrassed to answer my question and are hoping that if they ignore me, I'll go away.  As if that will happen!