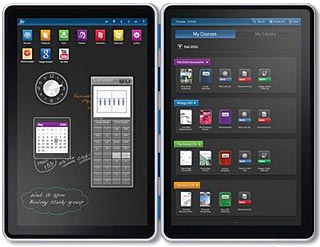 I've earlier gone on record as recommending people wait to buy an iPad or other tablet device rather than rushing out to buy a first generation Apple iPad.  Judging by the extraordinary sales success of the iPad, very few people have heeded my advice – and noting that I have two iPads myself, neither have I!  And rather than being a brief rush of unsustainable interest, tablets are clearly here to stay.  Sales of all brands and models of tablet are expected to exceed 50 million units in 2011.

The predicted appearance of competing tablet devices is occurring as we speak, and just last week I found myself being offered a so-called tablet device for only $99.

RIM/Blackberry this week joined other leading companies such as HP, Acer, LG, Samsung, Toshiba and Dell in announcing plans to sell tablets. That echoes recent remarks by Kazuo Hirai, president of Tokyo- based Sony Corp.’s Networked Products & Services Group, who counted at least 23 companies currently planning to build tablets (Sony is still considering whether to sell a model).

It is a bit like the wild west with the exploding growth of this ill-defined new consumer product, the 'tablet' computer.  Due to the newness and the vagueness of what a tablet is (and is not) many companies are taking any sort of product that has some sort of a touch screen and basic audio and video playback capabilities, probably combined with Wi-Fi, and calling it a tablet, then perhaps hopefully pricing it at vastly more money than it is really worth.

With prices ranging almost exactly from $100 or slightly less all the way up to $1000 or slightly more, and with additional costs associated with buying software (ie applications or 'apps') and for data access (potentially with a one or two year contract locking you in to ongoing expenses), table style computers can be very expensive, and there's plenty of opportunity to choose the wrong unit.

Hence, my comprehensive buyer's guide that talks through more than 50 different things to consider.  You can see the first part of it here A Buying Guide to iPad and other Tablet type Devices, and I hope you'll choose to proceed on to then view the remaining eight pages of information and associated spreadsheet too.

(In case you wondered, the picture alongside this entry is of a fascinating new tablet device, the Kno, featuring dual 14.1" screens.  Wow – but possibly this represents 'too much of a good thing' in terms of size and portability.