This is going to be one of the last Covid diary entries I write, assuming no major new developments or changes in the future.  I never, ever, anticipated, now two years ago, that I’d still be writing on this topic, today.  I’d already decided that – after two years, 282 articles, and one large book, it seemed there was little more to cover.  But, inevitably, there was a major development this week, and astonishingly, it was a very positive one too.

At last, a “real” vaccine has started to gain international approval.  The Novavax vaccine, which uses the same type of approach to teaching the body to recognize and fight an invading virus as does the existing and generally considered to be excellent and safe HPV and shingles vaccines (a “protein subunit”) had already been approved by WHO and the governments of India, Indonesia and the Philippines, and this week received approval from the UK, Australia, New Zealand, and the European Medicines Agency.

Sadly, that’s no guarantee that the FDA will act on its application for Emergency Use Approval here in the US, but it certainly increases the chance of it.  The company says it has the capacity to make two billion doses this year – two doses are required for full protection.

In a trial of 29,960 participants spread across the US and Mexico, a year ago (yes, this is being shamefully slow-walked to approval), the vaccine showed itself to be 100% effective against moderate to severe disease.  Novavax is also suggesting it is effective against Omicron.

Let’s hope we rapidly get approval and availability for it here in the US.  I’ll for sure be the guy who camped out overnight, to be one of the first in line to get it, as soon as it becomes available.

Super-vaxxed Israel moved up to ninth place in the minor country table.  So much for booster and double-booster shots.

France has widened its “lead” over the Czech Rep in the major country table.

In terms of new cases reported last week, the numbers in the table, other than at the very bottom, are all generally lower than a week ago.  A glimmer of hope?

In Europe, no country had over 100% increases this week – that’s certainly “damning with faint praise”, but it is better than it has been for a while.  Russia was top of the list with an 89% increase, followed by Slovakia at 72%, Ukraine at 52%, then Belarus at 50%.  Falling countries were led by Albania and Spain, both with 35% reductions, then Sweden with 33% and Finland with a 32% drop.  France had a 20% drop, the UK a 6% drop, but Germany had a 29% rise.  It is curious, isn’t it, how the virus behaves so differently between countries with common borders – France with its 20% drop and Germany with a 29% rise.  On the other hand, France’s new case rate is still twice that of Germany’s, even after the respective drops and rises.

The EU might be borderless and ever more congruent in many respects, but not in terms of the virus.

Europe as a whole dropped 2% in new cases.

I hasten to add, this does not mean the virus is on the run and we should get ready to declare victory. 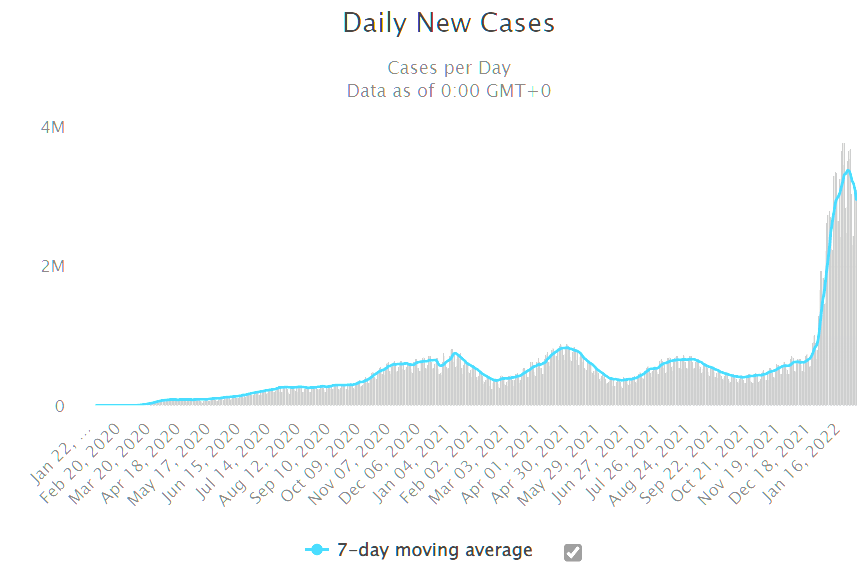 As you can see, case numbers are still at an extraordinarily elevated level compared to ever before, and as you can also see, previous “victories” have been nothing more than a temporary calm before the next storm.

Items below include a look at a job I’d really not enjoy, a mysterious coronavirus signal, a finding from the Department of Really Obvious Research, great information that should be shared, the Travel Insider gets censored twice on Twitter, the world’s largest ivermectin study, with 160k participants, finds a 68% reduction in mortality rates due to ivermectin use, if only we had the same smarts El Salvador has, an interesting assessment from Israel, the implications of full approval now given to both Pfizer and Moderna vaccines, is a “James Bond” type evil super-villain toying with us, and the rush to return to normal.