In an attempt to practice what I preach, I’ve spent some of today trying to revive an old freezer that has been lying in my garage.  I bought it almost 30 years ago, and after expanding the capacity of my kitchen fridge/freezer it has been unused for over a decade.  Hopefully it still works satisfactorily, and I’m waiting to see what temperature it will cool down to.

I’ve noticed the exterior of the freezer is getting cold.  That’s not a good thing – quite likely the insulation has failed which might mean the temperature won’t go so low and the compressor runs more, plus there’ll be frost buildup in the insulation that will cause problems.  I’m using a Kill A Watt meter to see what type of power usage it has (lots of great meter units on Amazon, including amazingly convenient Alexa-compatible ones that remotely display data on your phone) and will decide tomorrow whether the freezer is worth keeping or not.

This experience reminds me of an important tip when it comes to freezers.  They work best when they are close to full.  Leave enough space for some air circulation, but otherwise, fill them.  If you don’t have a full load of food, put in bottles of water or anything else.  This gives you more “cold mass” so it can better absorb heat if you put more food in to freeze, and also means when you open the door, less warm moist air comes in and so you have less frost buildup.

Here are the rankings for the eight states of any size with the highest infection rates.  There is no change in rankings from yesterday.

To put those numbers into context, the death rates per million in the US/Canada are 167/68.  The world average (not a very reliable number) is 26.6.

Both new cases and new deaths were sharply down for the US today.  Is that just because it is a Sunday, is it random, or are we turning the corner?  A few more days might help us answer that question.

It is interesting to look at what has happened in the last week.  Here’s a table showing the increases for each of the featured countries.

The anomaly in Ireland was due to a huge number of deaths reported one day as a result of a correction for some weeks of previously under-reported deaths.

I was surprised to see Canada’s steep rise in deaths.  Their death rate per million remains the lowest of all the countries reported, however.

I’ve long been wondering why western Europe leads the world in terms of virus cases, and not just by a narrow margin, but by a lot.  If we can work out either why it seems so much more vulnerable, or the opposite – why most of the rest of the world is not nearly so affected – there might be a clue to how the virus spreads that we can benefit from.

At present, in Britain, if you have the virus, you have to self-quarantine for only a week, unlike most of the rest of the world which requires two weeks, and a few places that require even more.

It is interesting therefore to see Britain is planning to require people arriving into the UK to be quarantined for two weeks.  The article doesn’t really tell us much, or why two weeks rather than one (but we agree about the wisdom of two weeks).

In particular, we’d like to understand the process from when a plane or ship arrives.  How are the passengers transferred from arrival to a quarantine location.  How will the quarantine be maintained – not just from the point of view of requiring people not to leave that location, but also preventing visitors from coming and going? 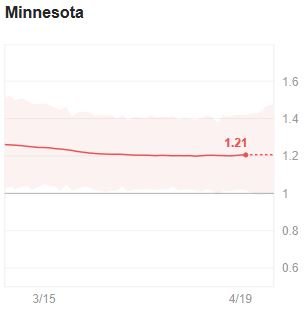 More US states are planning to start opening up.  Here’s a partial list of what is happening.

To be blunt, almost all these states are opening up way too soon.  In particular, as you can see, MN shows no signs of anything other than a steadily growing rate of new cases.  Today, MN had 156 new cases, and with a population of 5.52 million, that is a new case rate of 28/million, as opposed to an ideal new case rate of no more than 1/million.

We agree with MT opening – they had a wonderful low case rate of less than 1/million today and a steady decline in reported new cases, but none of the other states seem like they should be doing anything other than tightening up their restrictions.

Why are they now relaxing restrictions?  This seems crazy and dangerous – dangerous for everyone, everywhere, because if these states start to have rises in new infections, those new infections will spread across the country and impact on every state.

Getting Covid-19 is akin to, on average, losing 13 or 11 years off your life (for men/women).  That’s the startling claim reported here – and, yes, if you’re elderly, that’s perhaps part of why it is so severe.

We’re starting to realize that there are tests and then there are tests.  By this we mean that many (probably even most) of the tests, particularly to determine if a person has previously been infected by the Covid-19 virus, are unreliable and inaccurate.  This is a bit of a shocker.  We’d assumed that by the time a test was deployed to the field, it has been thoroughly checked and evaluated and quality controlled.

Our assumption however seems to be woefully and completely incorrect.  Here’s a dismaying NYT article that reveals consistently dreadful accuracy across most of 14 different tests. 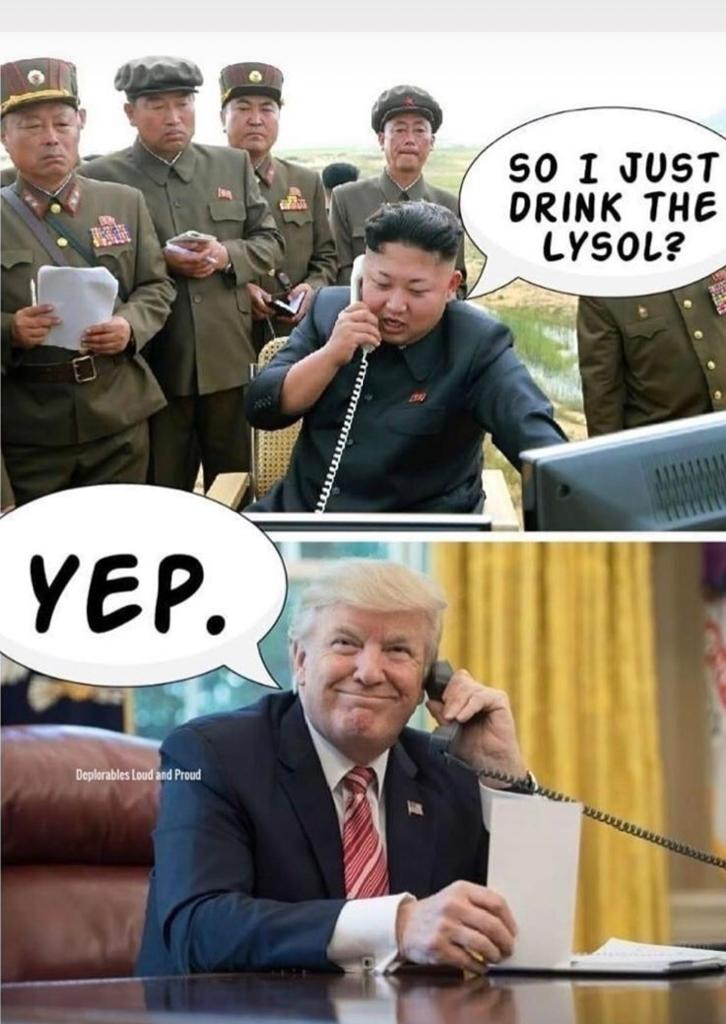 You’ve probably seen plenty of coverage of the mysterious absence of North Korea’s leader, Kim Jong-Un.  Except that it isn’t really all that mysterious – he has several times before disappeared for extended times.  Currently there seem to be three theories – he is dead, he is nearly dead, or he is quarantining himself by going to a resort area he has been developing on the country’s east coast seaboard.

Apparently most of the “he is very sick/dead” stories originate from a single anti-north Korean source in South Korea, and in the way the internet works, by now, the original source has disappeared off Google while all the major media, quoting each other in preference to the little known source, have created an unbreakable barrier of seeming certainty about Mr Kim.

North Korea continues to maintain it has no cases of the virus.  That would be surprising because it has a surprisingly porous border with China – not only does most of its official trade pass through the land border with China, but almost all its unofficial trade does, too, and so we expect the closure on both sides of the border has probably been only imperfectly observed.

We have no opinion about the most likely explanation, and really only mention it so as to have an excuse to show this cartoon!