Coming from an English-heritage country (New Zealand), Rolls-Royce has always been a brand with special magic to me, and to most other people of English extraction.

In decades now well past, the name Rolls-Royce was the sine qua non of highest quality, highest reliability, ultra-prestigious motor vehicles, to a degree that Cadillac has never equaled in the US.  Founded in 1904, it had an aura and a mystique about it, bolstered by urban legends of the snootiness of how dealers would “sell” a Rolls-Royce car (something like a Rolls-Royce would never suffer the indignity of being bought or sold, of course, but rather of being requested and specified and delivered).  The ultimate line was in reply to a man who asked how much a Rolls-Royce would cost – “If you have to ask that question, you can’t afford it” being the response.

Similarly, enquiring as to the power or performance of a Royce was considered terribly déclassé.  The official response was to describe the engines as “having sufficient power for the purpose”.  The cars had incredible reliability, plus the fact that officially Rolls-Royce cars never broke down.  Instead, they might on rare occasion “fail to proceed”.  Indeed, one source estimates that 65% of all Rolls-Royce cars made over the last 115 years are still roadworthy.

You might notice I referred to the car as a “Royce”.  Common people, not blessed with the privilege of owning a Royce, mistakenly call them a Rolls or a Roller.  But the approved official abbreviation is to refer to the vehicle as a Royce, referring not the Honourable Charles Stewart Rolls, who was the salesman and who died tragically in 1910, becoming the first person in the UK to die in an airplane accident, but more properly honoring Sir Frederick Henry Royce, Bart., OBE, who was the engineering brains behind the cars.

The cars were of course instantly recognizable by their radiator grill, the Spirit of Ecstasy mascot atop, and the austere black logo – a timeless emblem until recently.  Tragically, not so much these days with its straight lines being now made more gentle and rounder.

The mystique of the car was encapsulated perfectly in one of the most famous advertising lines of all time – David Ogilvy’s classic headline “At 60 miles an hour the loudest noise in this Rolls-Royce comes from the electric clock.”  Not only was it a classic headline (here’s a copy of an entire advertisement using the headline, revolutionary in its day for the amount of detailed copy included), but it was the truth.  Indeed, there’s a likely urban legend of a new Rolls-Royce owner who called the dealership to complain.  The car wouldn’t start, he said.  He had turned the ignition on and pressed the starter (this was back in the day when the “ignition key” did nothing more than turn on the electrics, there was a separate “starter button” to activate the starter motor), but nothing happened.  “Sir”, said the person at the dealership.  “You are mistaken.  The car did start, you simply can’t hear it.”

There are some other amusing stories about the cars here.  And a surprising blonde joke involving a Rolls-Royce in which the blonde outsmarts the other person.

Rolls-Royce diversified into aircraft engines when WW1 broke out in 1914, and indeed, I had the surprising honor and pleasure of meeting one of the key designers of the Merlin engine (Lionel Archer) – the engine which powered the Spitfire and Hurricane fighters and Lancaster bombers in WW2 (and built under license in the US by Packard for P.51 fighters).  He had retired to New Zealand and with his wife, NZ’s first ever lady racing car driver (Sybil Lupp), operated a car garage/workshop that looked more like a hospital operating room than the typical dark dank greasy space that was more common back in the early 1970s.

For many years, I’d always look at the engine cowlings when boarding a plane, or out the window, and if I saw an RR on them, I’d relax delightedly, knowing that whatever the plane was, it was equipped with the finest engines man could make.

Like so much of British industry, Rolls-Royce ran into difficulties.  In its case, the cost of developing its new RB211 engine soared way above expectations, and the company entered bankruptcy in 1971.  It emerged, but split into two companies – one for motorcars, and the other for aircraft engines.  The car company eventually failed and was bought in a roundabout way by BMW, leading to the unimaginable ignominy of the quintessentially British car now being made by a German company.  (Its stablemate, the Bentley, is now owned and made by VW.)

As for the aircraft engine company, for a while it was government-owned, and then successfully privatized in 1987.  It has enjoyed a long and generally successful record, and these days it is the second largest maker of aircraft engines in the world.

And the engine which almost caused Rolls-Royce to fail, the RB211, became perhaps the most popular and successful jet engine ever.  Here’s a detailed history of its development and here’s a classic video clip of four RB211 engines at close to full thrust, launching a lovely Qantas 747-400 into the air.

The throaty whirring whine of the RB211 is a sound that many of us will always associate with the 747.  I always found it immensely reassuring at the start of a 15 hour, over the water flight between Los Angeles and Sydney.

But Rolls-Royce’s recent engines have perhaps not completely honored the heritage of their famous brand.  Problems with an A380 engine resulted in an “uncontained failure” of the engine which almost caused a nearly new Qantas A380 to suffer a fatal crash (QF32 in 2010), and investigations revealed problems on other A380 Rolls-Royce engines too.  All Rolls-Royce powered A380s were grounded while modifications were urgently made.

More recently, it was Emirates’ dissatisfaction with the performance of their Rolls-Royce engines, and RR’s refusal to resolve/improve them, that caused Emirates to cancel their A380 orders, as a result of which, Airbus has discontinued the A380 plane entirely.

The Rolls-Royce engines on the 787 have also had problems, with cracks and other issues causing RR powered 787s to have to fly modified/reduced power profiles and/or being grounded until they can be replaced with updated engines.  And just as the first problems were being resolved, new problems with the engines were discovered, extending still further their maintenance program (and cost to RR).

Delays on yet another Rolls-Royce engine have frustrated Airbus and slowed down deliveries of its A330 planes.

And now, news this week is that RR is giving up entirely and won’t submit an engine proposal for Boeing’s on-again/off-again plans for a new midmarket airplane.  After some delays, Boeing is expected to announce this new plane next year, and it may start flying in 2025 or more likely a year or two later.

But Rolls-Royce says that this is too short a leadtime and it couldn’t tailor an engine to fit the needed parameters of the plane quickly enough. 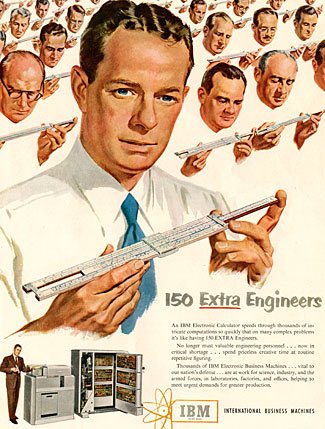 Should Rolls-Royce Give Up?

Now, we know that historically one of the problems with British manufacturing was an under-investment in new technologies, but surely RR isn’t still using slide rules, books of logarithm tables, and pencils and paper to design its jet engines?

Its classic game-changing RB211 was developed in three years in the mid 1960s, probably in large part without computers helping; why does it now take 5+ years with all the latest computers, CAD/CAM software, computer modelling and 3D printing, to develop a new engine?  Shouldn’t engine development now be quicker, not slower.

How is it possible that the other two engine manufacturers bidding to be appointed engine supplier (Pratt & Whitney, and CFM – a joint venture between GE and France’s Safran company) are content with whatever the leadtimes and deadlines will be, but RR says it can’t conform to them?

Noting RR’s recent spate of problems, its refusal to work with Emirates to improve the Trent 900 engines on the A380, and now its refusal to develop an engine for the new Boeing NMA/797, one has to wonder.  Are they really in the right business these days?

And when I see RR stamped on my plane’s engines these days, I cringe, cross my fingers, and wish I’d bought extra travel insurance.

4 thoughts on “Does Rolls-Royce Really Want to Make Jet Engines?”