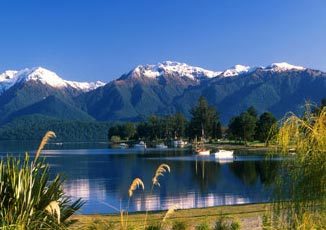 News reports this week revealed that director James Cameron has bought a very large farm spread in New Zealand and is moving there to live.

We’re not suggesting you too should move to live in New Zealand, but a vacation there might be a good idea.  Indeed,  now is a great time of year in New Zealand, with their seasons of course reversed, meaning you can escape the worst of our winter and enjoy lovely long sunny warm days in New Zealand.

Okay, so maybe I’m biased (I’m a New Zealander myself).  But if NZ is a destination you have been considering visiting, or if you’re thinking about returning there, did you know we have an extensive series of articles about What to do and Where to go in New Zealand on our website?

I’ve just added a new article to this collection, about a part of New Zealand that is, to my mind, possibly its ultimate obscured treasure.  Te Anau and the Fiordland area.  Sure, many people do a day tour from Queenstown to Milford Sound, and that includes a drive through Te Anau on the way there and back, but read the article and see how you could easily spend three nights in Te Anau, giving you a chance to see and do some amazing things unique to that part of the country.

Again, possibly I’m biased.  When I was a small child – perhaps 6 or 7, in the early 1960s, I have a vivid memory of eagerly counting down the hours and minutes each afternoon until 5.45pm when my favorite radio serial would then play for 15 minutes – ‘The Lost Tribe of Te Anau’.  This was a captivating children’s serial about a tribe of Maoris living in the unexplored rugged bush country that surrounds Te Anau – even now, almost 50 years later, much of the region has never been visited by modern man.  Rumors exist not only of a tribe of Maoris that are living undiscovered there, but also of 12′ high Moa flightless birds (a bit like ostriches), even though they are believed to have been extinct for hundreds of years in the rest of the country.

For sure, the children’s serial did a brilliant job, on my impressionable young mind, of evoking the mystery and mood of this (dare I say) very spiritual part of the country.  But, you know, I also have to say that the best part of listening to this series, as well as so many other radio productions back then, both for children and adults, comedy and drama, was hearing the end credits, announced in my father’s voice, always ending  ‘…. produced by Earle Rowell in the Auckland studios of the New Zealand Broadcasting Service’.  And then, usually just a few minutes later, he’d walk in the front door, home from another day’s work as the country’s leading producer of radio programs – he’d even been offered a position in Hollywood.  How different – or perhaps even how similar – my life might have been if I’d moved to the US as a young child rather than as a youngish adult.

You can maybe imagine how proud I was of my father back then.  Alas, by the time I turned a teenager, and like most of us, I perceived him as a worthless fool.  It took me a long decade or two to return back to my earlier admiration and respect.

I hope that even without similar childhood memories to frame the experience, you too may get to visit Te Anau and feel its mysterious (and its obvious) appeal.  Here’s the link to the page all about Te Anau and the Fiordland area of New Zealand.

1 thought on “Te Anau, New Zealand – A Marvelous Place to Visit (and a Personal Reminiscence)”