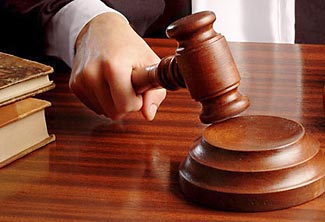 Here are two situations.  See if you can guess the outcome of each case.

1.  Three men who already had, between them, a total of 78 previous convictions, were convicted again for theft, domestic violence and vehicle-crime.  Two of these men admitted to over a dozen other offences at the time.

As part of their past offending, all three had previous records for ‘offences against the courts and police’.  All three had breached community sentences, been recalled whilst on probation, and/or breached bail in the last two years.

What do you think their sentences were for the latest collection of violent crimes and thievery they were found guilty of committing?

2.  An American businessman, excited – euphoric – at the thought of his first holiday in five years, flies in business class from Phoenix to London to start his European holiday (a roundtrip business class fare from PHX to LHR can cost $12,000).  He had enjoyed a farewell drink or two at Phoenix airport with friends prior to departing, and BA continued to serve him more alcohol on the flight until he reached a point of severe inebriation – no doubt augmented by the physiological fact that drinking alcohol in the lower pressure of an airplane cabin causes it to have greater effect on one’s sensibilities.

Prior to being cut-off he had harmlessly flirted with one of the BA cabin crew.  He became upset at not being served any further drinks, swore at cabin crew, and refused to turn down the music he was playing on his laptop.

He was arrested upon arrival in London, and subsequently pleaded guilty in shameful remorse and was therefore convicted of being drunk on a plane and also of common assault (even though he didn’t lay a finger on anyone).  He had no past history of any similar behavior.

What do you think his sentence was?

Okay, time’s up.  What were your answers?

The three career criminals received ‘community sentences’ (a form of probation, sometimes also requiring some voluntary unpaid community work).  One of them was re-arrested within 24 hours for yet another offense.  The impact on their lives – zero.

The remorseful businessman was given a three month jail sentence. The impact on his life?  Profound.  Not only does he have three months in a British jail, but his criminal conviction and jail time will make it very difficult for him even to travel to Canada in the future, let alone elsewhere in the world.

Consider also that the BA cabin crew gave him an unknown number of drinks, allowing him to become overly drunk, before mismanaging the process of calming him down, then the flight’s cabin crew all joined ranks against the passenger, determined to ‘teach him a lesson’.  Reading between the lines of the description of being accompanied to the toilet, it is plain the cabin crew were baiting him on and inciting him to further angry acts, rather than trying to calm him down.

Needless to say, the cabin crew suffered no sanction for giving the man too many drinks and then being too incompetent to manage the situation they caused.

I bet when he paid perhaps $12,000 for his ticket, and accepted the drinks they offered him, he never expected a three month prison sentence to be part of his business class travel experience.

But at least the good news is that his time in jail should be relatively pleasant.  Apart from a few middle class rioters from England’s riots a few months ago, he is unlikely to find any ‘real’ criminals in the jail.  They’ve all been let off with warnings.

Talking about being let off with warnings, if the businessman had been a famous movie star or rock singer, he’d have been let off with a warning too – hardly a month goes by without some personage getting out of control on a plane, and I’ve never read about them subsequently receiving a jail sentence – indeed, on one regrettable occasion, Sir Richard Branson subsequently met up with the offending and offensive singer and agreed it was all a misunderstanding.

Don’t get me wrong.  The guy was poorly behaved and deserved some degree of censure.  But he was far from the only person at fault, and when career criminals are let off with warnings for much more harmful deeds, and when famous personages can act the same way without consequence, what possible standard of equal fairness under the law sees this guy locked up for three months?

Details of the three career criminals taken from this excellent blog.

5 thoughts on “Bookends : The Appalling Double Standard of British ‘Justice’”