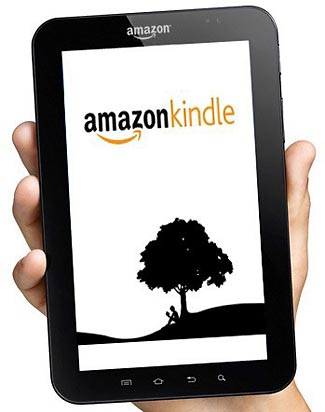 The last few months have seen a number of supposed iPad challengers launched.  Motorola's Xoom has failed to win the marketplace acceptance which it seemed, on paper, it might gain – it looks like possibly as few as a quarter million were shipped during the first quarter of this year, and an unknown lower number actually sold.

RIM's Playbook has now been on sale for a month, and its figures are surprisingly better than the dismal showing for the Xoom.  It seems there may have been as many as a quarter million actually sold in its first month on sale – a massively better result than for the Xoom's first quarter.

But Apple's iPad range is so far ahead of either competitor as to make both competitors almost completely irrelevant.  In its 2011 first quarter, Apple sold 7.33 million iPads.

If RIM's Playbook continues to sell at its present rate (unlikely but not impossible) it will have one tenth the market share the iPad has, and as for the Xoom, it is struggling to get much more than a couple of percent.  It won't even win a place on the chart, it will be merged into the ignominious 'other' category.

Apple could be forgiven for feeling smug and complacent at its continued total dominance of the tablet market.  But the history of high-tech is littered with the carcasses of companies that were once seemingly invulnerable, only to plunge down and disappear.  So Apple would be well advised not to rest on its laurels.

More to the point, the biggest competitor to the iPad is slowly starting to reveal itself in the marketplace.  And it is from an unexpected source, but when I reveal it to you, the chances are you'll then immediately realize the potential truth in this.

The competitor is not a traditional supplier of computer hardware.  It is a niche supplier of a very limited range of products.  However, this new competitor has a huge retail presence in terms of supplying software to the general public and currently either sells or is bringing on stream its own range of eBooks, its own music streaming service, its own video streaming service, and its own application marketplace – all the key bits of infrastructure needed to make the tablet computing experience complete and all encompassing, and an infrastructure which, until now, only Apple has been able to provide.

It could be argued that a large part of the reason for the iPad's continued marketplace dominance is the infrastructure behind it that is represented by the iTunes concept – an easy way for people to load programs, music, videos, books, and anything/everything else onto their iPads.  There's nothing similar for the Xoom or Playbook or other tablet products.

So have you guessed who this soon to be arch-competitor is (assuming the picture at the top isn't enough of a clue!)?  Well done if you said Amazon, for that is who it is.

I've been increasingly curious as to what Amazon will do to protect its position in the eBook marketplace.  Everyone realizes that the Kindle is an increasingly lackluster and obsolete piece of hardware, and no matter how much Amazon drops the price, a Kindle no longer has the appeal of a competing color Nook ereader from Barnes & Noble or the vastly greater appeal of a fully capable tablet that does a great deal more than 'just' display book pages in black and white.

Rumors are now emerging that Amazon may be preparing not one but two Android powered tablet devices, including one with a very powerful quad core processor in it.  The devices are expected to be released some time in the second half of this year (which of course commences very soon), and certainly in time for the Christmas selling season.

Amazon has already done to the eBook reader market what Apple did to the tablet market.  Both companies took a moribund and largely nonexistent concept and made it into a massively successful mainstream product with lots of competitors struggling to catch up.  And unlike most other tablet manufacturers, Amazon too stands to benefit from all the related sales of programming and content onto any such device, and is at a competitive advantage to Apple when it comes to the eBook part of the overall range of 'software' that one buys to add to a tablet.

Amazon's retail marketing presence would seem to be the equal of Apple, and with Kindle ereaders starting to appear into regular 'bricks and mortar' stores, the same as iPads, the two companies seem evenly matched in terms of ability to push their products to the market.

I'm not saying Amazon is sure to win such a contest with Apple, but neither am I saying Amazon is sure to lose.  What I am saying is that this would be a defining battle with us as the consumers definitely likely to win.  If anything might finally encourage Apple to drop its price, it would surely be taking a beating from a competing Amazon tablet, and if anything could finally coalesce into a compelling alternative to the excellence which the iPad 2 admittedly represents, it may well be a tablet emerging from Amazon.

Other rumors suggest Amazon is preparing to produce 700,000 – 800,000 units a month – in other words, about a third the rate of iPad production.  That is hardly an indication that Amazon expects to vanquish Apple, but taking a third of Apple's iPad sales in short order would be a feat that no other company has got anywhere close to achieving.

For now, it seems to be yet another reason to delay buying a tablet a few more months.