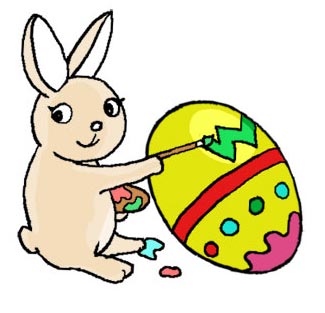 It has been a busy week, starting off with taking a fascinating but intense weekend course that saw me emerging out the other end as an NRA certified firearms instructor.  Hopefully that might empower me to add more value the next time we schedule a Travel Insider Group Shoot at Front Sight.  Or maybe not – I now know some of how to teach a course, but as for the mysteries of myself actually hitting the target, that remains as obscure as ever!

The days subsequently have seen me developing a new article series that started off, as so many of my multi part article series do, as a planned single page quick overview, listing aviation themed attractions to visit if you're in the Seattle area.

But the more I wrote, the more I realized I needed to write, and the more I decided to include.  Eventually I had to call an end to what threatened to otherwise continue extending further and further, and the net result is a reasonably complete set of descriptions and reviews of aviation museums and other things around the Puget Sound area, spilling even into a bit of BC, OR and ID too.

Maybe it will be a good thing to read over what I hope will be a calm Easter weekend with possibly an extra day or two off work as part of it.  See the 'teaser' about this that follows below.

There was good news earlier this week, with the DoT announcing some new consumer protection regulations to be imposed on the airlines 120 days from the regulation notice's publication date (ie mid August).  I'll analyze these in detail next week, but if you feel the need to urgently appraise yourself of the range of new measures being imposed on the airlines, here is the DoT's official statement summarizing the new requirements.

On the basis of anything being better than nothing, this is a forward step.  The very need for such a wide-ranging set of regulations points clearly to the ongoing perfidy of the airlines, any which way and any which time they can get away with it.  It is unlikely that these regulations will remarkably change our travel experiences, or the attitudes of the airlines, but they may give us a small amount of extra leverage.

On a similar regulatory front, the obsession with everything to do with air traffic controllers has continued for yet another week.  Two items of particular note this week – first, one has to almost laugh and feel sorry for the unfortunate controller who chose to watch a movie, possibly on his cell phone or iPad or something, while on duty in the early hours of 17 April.

We know he was doing this because he accidentally keyed a microphone, causing the movie soundtrack to be transmitted out to any and all planes monitoring that frequency.  Ooops!  He and his manager have both been suspended, 'pending an investigation'.

I'd like someone to investigate exactly what it is that needs to be investigated.  The guy was watching a movie.  I don't think anyone is unclear about that.  More likely, the suspension is while the officious officials decide what public act of crucifixion to attach to this controller and his unfortunate boss.  Details here.  What I'd most like to know is what movie was he watching?

The other incident shows how policy makers at the highest level are now apparently admitting that our air traffic safety is no good.  But instead of instituting across-the board fixes to make it safer for all of us, every time we fly, they have instead decided to create a two class approach to air traffic control and safety.

Most of us get the ordinary treatment.  But if we're the Vice President, or the President's wife, we get the deluxe treatment, with a requirement for a supervisor as well as a front line controller to participate in the routing and management of our flight.

I'm sorry, but I don't accept this as a valid response.  If air traffic control safety is so flawed and compromised as to require a supervisor as well as a front line operator to manage flights with the First Lady or Vice President on board, why shouldn't ordinary planes full of 100, 200, or even 300, 400 and 500 regular American citizens on board also be given the same standard of safety?

If the system is broke (and personally I don't believe it to be broke) fix it for everyone, not just for these two people (the President already gets special handling).

Back to the good news concept again.  Reader Bryan pointed out, after I offered some good news about Frontier reducing some of its fees last week, that United/Continental is also reducing some fees – the fees charged on issuing, changing or cancelling Mileage Plus award tickets.

It seems that sometimes there can be two sweet zones of time for finding award tickets.  One is far in advance when the award inventory is first released to be taken up by frequent fliers wishing to book tickets, and the other is close to the travel dates when sometimes the airlines will relent and release more seats when it becomes plain that they're not going to sell them.

So the strategy of booking late to find award availability will now have a $25 price tag associated with it.

I find myself again writing about Boeing in a subsequent story this week, so will only briefly refer to another interesting twist in Boeing's ongoing corporate woes.

In 2009 Boeing announced it would open a second 787 assembly line in Charleston SC.  It had seemed to me, at the time, that their stated reasons for choosing SC over the Seattle region were specious and wrong, and I even did some 'back of an envelope' figuring that seemed to show that rather than saving money (due to lower labor costs and greater state incentives in SC rather than WA to open a new assembly operation), this inefficient duplication of resources would cost Boeing money and give them still further quality control problems.

Little did I suspect that there truly may have been a hidden ulterior motive for Boeing choosing SC as a site for another 787 assembly line.  This article reports that the National Labor Relations Board has now filed a complaint against Boeing, alleging that the company was retaliating illegally against its largest union by choosing SC over WA.

The NLRB says Boeing should now be required to open its second assembly line in WA at a location with union representation.

The matter will be heard in a Seattle rather than Charleston court.  Let's hope the Seattle judge will be able to dispassionately decide whether or not Boeing should be forced to return back to the Seattle area, and to bring back some thousands of high paying jobs with it.

One of the other articles following this one talks about how your smart cell phone might be surreptitiously listening in on you without you even realizing it.  Shortly after releasing that article, news broke about another form of cell phone monitoring – Apple's iPhones and iPads too apparently are storing a very detailed log of your location and movements, minute by minute, 24 hours of every day.  Here is one of the first stories detailing this earlier in the week.

At the time it was first announced, there was some ambiguity about whether this tracking information was merely being kept on the phone, or if it was being shared with other third parties.

A couple of days later, we had an answer to that – would you be surprised to learn that the iPhones and iPads send this data off to Apple twice a day, whenever they are in a Wi-Fi zone.  In addition, it seems that Android phones are sharing similar information with Google.  Details here.

Are smart phones becoming too smart?  Quite possibly so.

Even when they're not deliberately snitching on us, they may be forced to do so whether we wish them to or not.  Here's a chilling story about how the Fourth Amendment (remember that one?) apparently no longer applies in Michigan during routine traffic stops, where state troopers may take your phone and connect it to a device that breaks through any passwords and locks you might have on the phone and downloads all the data on the phone.

The ACLU has asked the Michigan State Police for details of this program, what information has been taken, and when, under FOI laws.  The MSP has agreed to provide the information, but only upon receipt of a $544,680 fee.

When you consider that the MSP have only five of these devices, they are asking over $100,000 per device to answer the ACLU's simple questions.

Which gives the MSP a double downcheck.  First, for using these devices on 'fishing expeditions' that goes against all the concepts of our Fourth Amendment rights, and secondly, for thumbing their noses at their FOI obligations by inventing a farcically high fee to be paid prior to providing the information requested.

Clearly someone at MSP figures there's half a million dollars worth of embarrassment to themselves in the material they are seeking to avoid providing.  Shame on them.

Lastly on the topic of devices secretly snitching on us, did you know that some hotels are now sewing RFID chips into their towels.  When guests walk out of the hotel's front doors, sensors scan them and their bags for the RFID chips.  If a chip is detected, a loud alarm sounds, and within a few seconds, the guest finds himself needing to explain how it is that he accidentally packed a hotel towel in his luggage.

I hope the Easter Bunny finds you and yours, and leaves appropriate items behind.