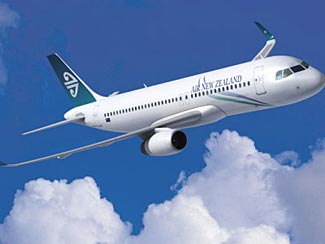 On 1 December, 2010, Airbus fired the first public shot in the long building war between itself and Boeing for the most profitable part of the airplane manufacturing marketplace – the narrowbody.

Airbus announced a new A320 neo (as in 'new engine option') plane which would be primarily a re-engined version of the current series of A320 narrowbody planes, and said it would enter service in 2016.  The ultra-high stakes and the subtleties of this issue are discussed in detail in our four part article series 'The New A320/737 War between Boeing and Airbus'.

Boeing has some difficult choices to make as to how to respond.  These choices are getting more difficult by the day, and the need to respond more pressing.

Just last week, Airbus notched up the pressure on Boeing some more by bringing forward the anticipated date for its new A320 neo to enter into commercial service.  Originally Airbus had been vaguely referring to some time in 2016, and most people probably expected this would inevitably slip back into 2017 and maybe even beyond.  But Airbus has now said it expects the first A320 neo to be in commercial service in October 2015, a mere four and a half years from now.

Early this year some Boeing executives (including their CEO) had made statements which on the face of it seemed to imply they would completely redesign a replacement to the 737, but which when carefully parsed were light on specific commitments and seemed to comprise nothing more than vague statements of possible futures without any commitment to anything.

In February a Boeing VP said they would wait and see what happened over the next six – ten months before making any decisions about their plans for a 737 replacement.

Since Airbus' announcement, their A320neo has been winning a significant share of orders for new narrowbody planes.  The company says it has already secured 'commitments' for more than 300 planes.  In contrast, Boeing has secured orders for a net 63 new 737s in 2011, with one large order for 33 going to ILFC, a leasing company that ordered a mix of 737s for immediate delivery plus 100 A320neo planes for subsequent deliveries – three times as many new Airbus planes as old 737s.  Overall (and depending on what a 'commitment' actually is) Airbus is scooping up a much greater share of narrow body plane orders so far this year than it generally has done in past years.

The success of the A320neo can be considered to be already validated, while the costs to Boeing for their delays continue to increase.

This article now predicts that it could be as late as late 2012 before Boeing announces what it will do to replace the 737, and possibly as late as 2014 before the company gives itself official approval to proceed with the development of the new model plane.  Until then, it seems Boeing's only response is to discount the price of its 737s in the hope of winning business on a price rather than a performance basis – and with each extra rise in the price of oil, the amount of the discount will need to increase.  Hardly a winning strategy.

Boeing's Scramble to Make and Sell its Existing 737 Orders

Boeing has a huge backlog of 737 orders.  Until recently, this has very definitely been an asset – an airline that orders 737s from Boeing is effectively no longer up for grabs by Airbus, and a nice big backlog allows Boeing plenty of buffer to smooth out good and bad years in terms of airplane sales, while still steadily manufacturing planes.

This report now speculates that Boeing will increase production rates still further, up to perhaps 42 a month by the end of 2013, and maybe even up to 44 a month by early 2014 – an almost 50% increase on the rates prior to the first speed up announcement in mid 2010.

Is Boeing now scrambling to deliver as many 737s as possible before the new A320neo starts to steal away airline customers who are currently patiently waiting for their 737s?

Or is Boeing quickly delivering as many old 737s as possible prior to then announcing a 737 successor, making all the recent deliveries of 737s obsolete overnight?

The obvious explanation is that if Boeing speeds up its production line it can spread some of its fixed costs more thinly over a greater number of planes each month, thereby allowing it to sell its planes cheaper.  This is, however, fairly specious reasoning – there is no sensible way to feel good about emptying one's order book much more quickly than earlier anticipated, and selling each plane for less than previously projected.

So not only is Boeing's increasing delay in deciding how to respond to the Airbus A320neo hurting it in new plane sales, it is also hurting Boeing in the sense of collapsing its currently order book and the profit it can expect to obtain from 737 sales.