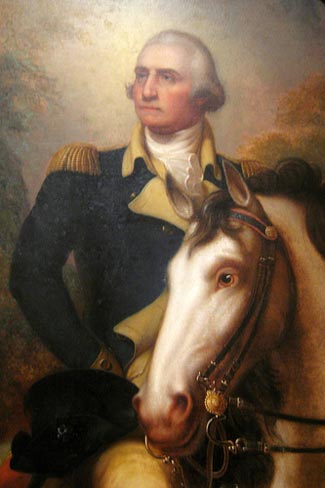 As mentioned last week, I'm spending a few days at Disneyland with my daughter, and so there's not a lot of material this morning.

But among the items following below, there's another interesting piece in what, to my ongoing astonishment, is becoming an ongoing series about Boeing's curious extended passiveness, redefining its earlier concept of 'leadership' into something unrecognizable as anything to do with leadership.

It isn't just me that has noticed this.  The marketplace is favoring Airbus over Boeing in terms of orders by more than two to one at present (and 12 to 1 in the key 737/A320 part of the market).

Boeing's response?  They say they'll know more about how they'll respond to the new Airbus A320neo plane sometime in the next 6 – 10 months.

On the other hand, Boeing has finally been awarded the $35 billion tanker contract, although it is unclear whether the decision was taken neutrally on the merits of the Boeing and Airbus proposals, or if the political pressure that caused the Air Force to rescind its earlier award of the contract to Airbus continued in place and ensured Boeing would win.

Maybe passenger planes just aren't as important to Boeing as is winning an Air Force contract with an obsolete plane (how is it that airlines no longer buy 767s because 787s, 777s, and Airbus A330s are all much better planes, but the Air Force will happily buy this 30 year old plane?).

Talking about innovation in a more positive sense, last week I wrote about the new Netflix unlimited video streaming service.

This week, Amazon announced a much anticipated similar product.  If you are one of their 'Prime' members ($79 a year, which gets you unlimited free second day delivery on everything you order) you now get a new benefit included – unlimited video streaming of about 5,000 movies and television programs.

This is less than Amazon's 20,000 titles, and it seems that Amazon's 5000 titles comprise just under 2000 movies and the balance being tv shows.  Amazon's interface is, surprisingly, not nearly as good as Netflix' interface, and their video streaming quality seems to be perhaps not quite as good.

But – consider the price.  Free (my favorite four letter word beginning with 'f') with Prime membership.  That's a heck of a deal, and another reason to read up on my article from last week and consider buying a new Blu-ray player or Roku box so as to be able to take advantage of both the Amazon and Netflix products, as well as a number of other products from a number of other companies, none being quite as compelling – yet – as the Netflix and Amazon products.

Tuesday was George Washington's birthday – the man commonly referred to as 'the founder of our country'.  May I close with a couple of his quotes

If the freedom of speech is taken away then dumb and silent we may be led, like sheep to the slaughter.

The very atmosphere of firearms anywhere and everywhere restrains evil interference – they deserve a place of honor with all that's good.