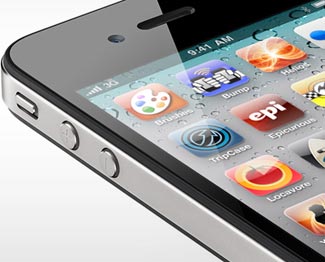 For a long time now, AT&T has been the company that many commentators have loved to hate, and these people have been unable to contain their delight at seeing AT&T losing its exclusivity on iPhone sales in the US.  To a man, they united in predicting doom and gloom for AT&T and foretold a huge exodus of unhappy AT&T customers, rushing over to happily sign up with Verizon as soon as Verizon started selling iPhones too.

That was never my prediction, and absolutely was never my recommendation – in particular see this article a month ago that points out that the Verizon iPhone is inferior to the AT&T iPhone, and doubly inferior to the replacement iPhone 5 expected in about four months time.

It now seems that, notwithstanding the frenetic urgings and predictions of the Verizon fanboys, the public have reacted very mildly to the release of the iPhone on Verizon.

With sales data trickling in from the first five days of Verizon's iPhone selling, some interesting facts have been uncovered.

Although it was earlier reported that Verizon sold out of pre-ordered inventory, a fact that was interpreted as presaging extraordinary iPhone sales, it seems the reason for this was not due to high demand, but to very low stock – their pre-orders totaled only 550,000 units.

Comparing the sales of Verizon and AT&T model iPhones at five major Apple stores for the first five days, this article reports that the Verizon version sold at this ratio to the AT&T version

That's not showing much of a stampede to Verizon or a marketplace rout for AT&T at all, is it.  After a mild lift in the first few days, the Verizon product is struggling to even sell as well as the AT&T product, and sales numbers are more or less in line with overall marketplace shares, augmented perhaps by some pent up demand from die-hard Verizon users.  Indeed, only 14% of the people buying the Verizon product said they were switching from AT&T.

We don't know how many iPhone 4's in total Verizon has sold, but we do know that in the first three days that AT&T was selling their version of the iPhone 4 last year, they sold 1.7 million units.

In a way, I'm disappointed there is such a modest uptake of Verizon's iPhone.  Because if they'd had to wrestle with the sudden huge network loads that AT&T has struggled to accommodate with the huge numbers of iPhones they've sold with each successive model launch, Verizon for sure would also be having the same problems AT&T has had in the past.