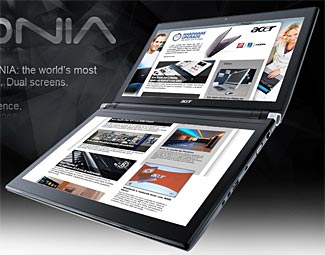 Spread over three enormous halls at the Las Vegas Convention Center, taking up over 1.6 million square feet of space, with over 2700 exhibitors and attended by over 140,000 visitors, the annual CES show was back up to the hugeness of the 'good old days' and more than 10% larger than last year's diminished size show.

In appreciating the hottest, latest and greatest, gadgets from this year's show it is perhaps educational to first look back at last year's show and see what happened to the stars of the 2010 CES.

3D technology remains something manufacturers are desperately keen to push out to a largely uninterested population as a whole.  The recent wave of new television set purchases (prior to 3D), pushed by the onset of digital television broadcasting and massive drops in flat screen technologies has largely ended – most people who were going to upgrade/replace an older television have now done so, and furthermore, the price drops have moderated too.  In the three years from 2007 – 2010, the average price of an LCD television dropped 36.3%, and the average price of a plasma television dropped 51.6% – and at the same time, the average size was probably increasing too, making the value for money even more extreme.

And so the allure of 3D as a reason to convince consumers to upgrade/replace their televisions has been very powerful to the manufacturers, but less so to us as potential purchasers.

On the other hand, 3D technology has languished, in part because few consumers can see the value or need for it, and in part because there is very little content – movies and programs – to watch in 3D.

So the past year has been a disappointment to manufacturers hoping to use the allure of 3D as a reason for us all to go into another cycle of upgrading and replacing our current video equipment.  However, lacking few other reasons to encourage us to spend money on video equipment, the manufacturers continue to push 3D this year, with a weaker second reason to upgrade a television set being the new ability to directly connect a television to the internet.

On the other hand, this internet connectivity can also be done through a Blu-ray player, without the need to upgrade the television.  It is much easier and cheaper to upgrade and throw away a small light portable and inexpensive Blu-ray player (prices are now heading down to close to $100 for a good new player) than to dispose of and install bulky heavy expensive flat screen televisions.

As for eBook readers, there was a cacophony of different eBook readers being offered at CES last year, but most of them had no answer to the essential question 'So, if I buy your eBook reader, where and how do I buy books for it?'.  None of the new eBook readers have had significant impact on the big three market players at present – Amazon's Kindle, Barnes & Noble's Nook, and Sony's eBook reader; with the debatable exception being Apple's multi-purpose iPad.

The big change in eBook readers was the launch, just prior to Christmas, of the color Nook eBook reader.  This has set the new high-water mark and has left Amazon's Kindle looking sadly underfeatured and under-appealing.

There are the first baby-steps now being taken towards color 'e-Ink' displays, but this technology is still in its infancy and a long way from being a compelling product.

eBook readers were not nearly as prominent this year.  But, as a replacement, there were instead tablets galore (many from companies that last year were unsuccessfully trying to sell eBook readers).  There is a very different dynamic for tablets – the deal killing question 'where do I get the books to read on your eBook reader' does not apply to tablets.  The question 'Where do I get software to run on your tablet' is answered 'From the Google/Android marketplace' (or, to a vastly lesser degree, 'regular Windows 7 software will run on it').

No-one seems to know exactly how many different tablet type devices were on offer at CES this year, because sometimes the smallest most anonymous looking booths turned out to have tablets on offer, as well as all sorts of other accessories and gadgets too, and of course, different brands of tablets often ended up being made by the same original manufacturer so it was difficult to know how to count the reality of the different tablet products being offered.  Suggestions have been in the range of 80 – 100 different tablets were being showcased.

However, most of these tablets were massively underfeatured in one or more respects (low resolution screens and poor battery life in particular).  There were only a very few tablets that seemed capable of mounting any sort of credible assault on the Apple iPad's current market dominance.  It is fair to say that at present tablets are at the quantity extreme of the spectrum, and they need to move closer to the quality end of the spectrum.

There were three interesting tablets of note.  Blackberry's business-focused but strangely named 'Playbook' continues to intrigue and even impress some observers, but it seems it may have a significant Achilles Heel – battery life of perhaps only two – four hours.  This seems an unthinkably short battery life, so hopefully this rumor will be proven incorrect, and RIM has said the beta test units that have been showing such short battery life do not yet have all power management functions enabled.

Acer showed a 'tablet' that had twin screens, each a mammoth 14" in size, and hinged together – the Iconia (and pictured at the top of this article).  It will run Windows 7.  You can see it on their website here.  The two screens allow for some interesting applications (and really cry out for custom programming to take best advantage of them) including using one screen as a virtual keyboard when undertaking typing-intensive applications (although in reality, touch typing onto an unyielding screen is an awful experience).

This is an interesting concept, but it is unlikely to be successful.  It will be too heavy (and too big) to be an ultra-portable tablet device, it will probably also be too expensive, and is unlikely to have much in the way of battery life.

Which brings us to the third of the most notable tablet devices, the Motorola Xoom.  This is a very promising device, and won the 'best gadget' award at CES.  Will this be the next Motorola outstanding success?  The company has such a bizarrely uneven track record – occasional flashes of brilliance with revolutionary new products, followed by years of nothingness, then suddenly another innovation, and so on.

The Xoom has a 10.1" wide format screen and 1280×800 resolution (the current model iPad has a 9.7" standard format screen with 1024×768 resolution).  It will have front and back cameras, a dual core processor, GPS, 32GB of built in memory and a microSD slot to accept another up to 32GB memory card.  It has a USB interface, and also an HDMI connector to output HD video.  It offers Bluetooth, Wi-Fi and 3G CDMA type phone data connectivity, which will subsequently be upgradeable to 4G.

All of this will end up weighing the same as an iPad, and with comparable 10 hour battery life.

It will run the new Honeycomb version of Android (the version designed specifically for tablets), and is expected to be released some time in this first quarter.  The feature laden device will even include a barometer/altimeter, which I think will be a first.

There are two huge unknowns that will cause the Xoom either to become a massive success in the market or another 'me too' device.  The first is its price, and how that compares to an iPad.  iPads currently range in price from a low of $499 up to a high of $829.  On paper, the Xoom is better featured than the $729 iPad and comparable to the $829 iPad – but if Motorola sets the Xoom at these types of price points, it will lose a lot of market share at the lower price points.

Not everyone wants to buy the top of the line iPad, and so Motorola needs to price its Xoom more in the middle/lower part of the range if it wants to have a device with broadest appeal.

The second huge unknown is what the Apple iPad 2 will be like when it is announced and offered for sale – something that is expected to happen sometime in the second quarter of 2011.  It is widely understood that the iPad 2 will have the same screen size (but probably slightly higher resolution), probably front and back cameras, and possibly be very slightly lighter in weight as well as slightly slimmer.  But will Apple have some other new game-changing features to add to the iPad 2, and what will it do to the iPad 2's price?

Will people rush to start buying Xooms sometime in perhaps March, or will they wait until the iPad 2 is announced/released?  The release of the iPad 2 is currently guessed to be in the first or second week of April, and some people are claiming Apple might announce details of the iPad 2 as early as the beginning of February.  I'd earlier thought it unlikely Apple would announce the iPad 2 two months before making it available, so as not to interfere with sales of current iPads, but there are two situations which would encourage Apple to do so.

First, if it starts to worry about competitive pressures, the announcement of a better iPad coming 'real soon now' might stop people defecting to another tablet product, and secondly, if the new iPad is only slightly better than current iPads, and perhaps if current iPads are reduced in price, then maybe there might be a period of coexistence between first and second generation iPads (like generally has happened with their iPhones).

So this is all intensely interesting (well, at least for some of us); and as has been my strong recommendation ever since the release of the iPad almost a year ago, if you don't have a true identified need for a tablet device, you're well advised to continue deferring a purchase until we start to see 'second generation' products appear.  Clearly the Xoom qualifies as a second generation product, and with the iPad 2 expected within the next few months as well, and the Playbook probably due to be released at the end of March, the tablet marketplace will be very different in April than it is at present.