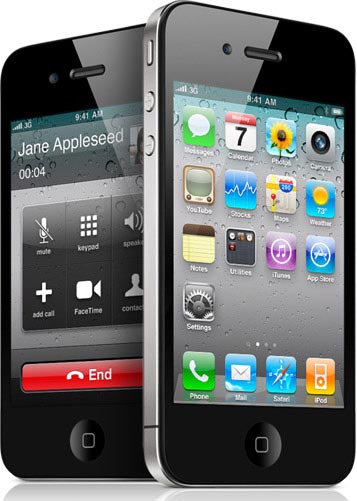 The good news – Apple has now released its latest iPhone operating system upgrade – what it terms iOS 4.0.  This is said to contain over 100 new features, and is the operating system that new iPhone 4’s come with as standard.

Most of these new capabilities can also be added to previous generation iPhone 3GS models, and many of them can be added to the earlier iPhone 3G model.  If you have an original iPhone, it can not be upgraded to accept any of the new iOS 4 features.

But now for the bad news and Apple’s arrogance.  What are these 100 promised enhancements and new features?  And how to use them?

Incredibly, Apple doesn’t tell you.  Perhaps this is because of their belief that the iPhone is so user-friendly and intuitive that it should be obvious and self-explanatory.  Not so.

I spent seven hours struggling to download and install the new software (perhaps because I was rushing to do this on the first couple of days it was released, and I was doing it from remote locations in Scotland with only moderate bandwidth) and eventually had to totally wipe my iPhone before installing the new software, and then discovered that just because I’d synched all my data, that was sadly not the same as backing it up.  I’ve no idea what synching does, but I do know that I lost a lot of contacts and other information, and many previously purchased and installed programs did not reappear subsequently (some did, others didn’t; and I’ve no idea as to why some did and others didn’t).

But, finally, I had the new software on my iPhone 3GS.  So, like a kid in a candy store, I started looking for the 100 new features to play with and use.  What were they?  Where were they?  How to use them?

I knew, for example, that the new software allowed for so-called multi-tasking.  But how to activate this?  I vaguely understood there to be some new ‘folder’ capability too.  What was it and what did it do?  Nothing, nowhere, answered these questions on the phone.  There is no help file on the phone, neither is there a ‘What’s New’ text file or any other type of explanatory notes at all.

Not having a help file or user manual on the phone is an extraordinary oversight.  Think about it – the iPhone is potentially full of eBooks and other formatted text documents, manuals, books, videos, etc, and it has many GB of local storage.  If ever there was a device designed to offer a built in help file, surely it is this.  So why not, as part of the upgrade, copy over a ‘What’s New’ file?  And why not also provide a Help application on the phone’s home screen?

Yes, you can download a 244 page manual from Apple’s website if you search around a bit to find it.  The length of this manual seems to attest to the complexities of the operating system and the need for people to be able to read and learn about its features and functionality.

But accessing this document embodies the assumption that you’re conveniently online with a fast connection to the internet and not paying data charges.  There I was in remote Scotland, much of the time with nothing faster than a GPRS connection (ie impossibly slow for web pages) and many people, if out of the country, could find themselves paying $400 each time they had to go online and access the online manual.

Why not copy the manual directly to the phone as part of the software update?  And, please, give us a ‘What’s New’ file and/or a ‘Quick Start’ guide as well.  Alas, there’s nothing on the iPhone itself, and nowhere can I find a simple list of the over 100 claimed new features in the new operating system.  Apple lists 12 features on this page, including some as trivial as new home screen background choices and others that only work if you also have a Mac computer, but I can’t find anywhere a larger or complete list.

It is somewhere between ironic and arrogant that a company which prides itself on the user-friendliness of its software fails to observe industry standard practices for documenting its new software.

12 thoughts on “The Arrogance of Apple”