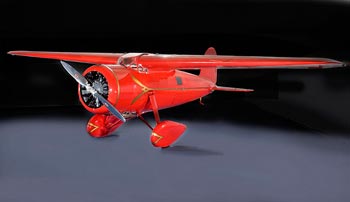 The biennial Farnborough Air Show has
now concluded (it operates in alternate years, taking turns with the
Paris Air Show in the other years), and as is customary, both Airbus and
Boeing chose to announce a number of large new orders at the show.
There is always a bit of a competition to see which company can announce
the most new orders, and this year Airbus was the clear winner.

The smaller airplane manufacturers also
did well.  Embraer took orders for 181 of its regional jets,
Sukhoi took in 100 orders for its Superjet (regional jet) and a new
Russian plane that will compete directly with the 737 and A320 families,
Irkut's MS-21, took in 130 orders, with one more Russian manufacturer,
Antonov, also selling 20 of its AN-158 regional jets.  ATR sold 72
of its turboprop ATR 42/72s.

The biggest silence was from Canadian
manufacturer Bombardier.  It had been expected they would announce
an order at the show for their new Cseries, an on-again off-again plane
that was cancelled in 2005 and then relaunched in 2007.  With a
capacity of 100 – 150 passengers, it too would compete with the smaller
737 and A320 planes.

Bombardier has secured a disappointing 90
orders for the plane so far, and some industry pundits are starting to
speculate out loud about the plane's viability.

If you're going to Honolulu in the next
little while, you might want to at least visit the Royal Hawaiian Hotel.
It is hosting an exhibition of
rarely
seen photographs of Amelia Earhart taken when she stayed at the
hotel in Dec 1934 – Jan 1935.  The exhibition of 65 photos will be
on display for the rest of the year, and the public (as well as hotel
guests) is welcome to visit.

The photos were found in an old file last
year and show a different side to the famous female flyer.  Most
pictures of Earhart show her in bomber jackets and aviator pants – these
have her in more casual clothing, even having tea in a kimono robe.
The picture at the top of this article is of a Lockheed Vega – the plane
she then proceeded to fly from Honolulu back to the west coast (an 18 hr
flight).

Talking about hotels, both Marriott and
Starwood are predicting that hotel rates are due to rise, with
Starwood executives predicting rises 'in the high single digit'
percentages.

Look for rises internationally as well –
London hotels were 90% full in June, even after a 12% rise in room
rates, and Paris hotels were 89% full.

Sometimes, and from some perspectives, it
seems that a return to what may be again a good economy is a bad thing!

Human rights are apparently a
peculiar and very broad concept.  In Spain, the Catalonia region
has banned bullfighting, whereupon workers in the bullfighting industry
have threatened to sue the authorities on the ground that it
contravenes human rights legislation by denying them a means to earn a
living.

And in Britain, British Airways is now being
taken to court by its flight attendant union for breaching European
Union human rights legislation, the breach this time allegedly being
BA's removal of discounted flight privileges from striking staff
members.

The strangest story of the week?  The
smallest country in the world is tightening up on the dress code
requirements for visitors to its nation.  Yes, the Swiss Guard
of the Vatican are now refusing entry – not just to St Peter's, which
has always been subject to a dress code, but to the Vatican City in
general if they are dressed inappropriately – for example in shorts or
tank tops.  This is even affecting Italians who live in Rome and
work/live close to the Vatican and choose to go there to shop.

I'd say about half the news items on this
I've seen have succumbed to the temptation of trying to link it to the
Church's problems with wayward priests.  I'll be high-minded.