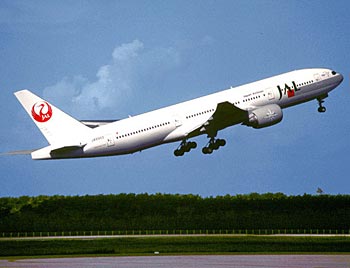 Boeing is predicting a market for 30,900
sales of commercial airplanes and freighters over the next 20 years,
representing sales worth $3.6 trillion.

Its Current Market Outlook, published every
year for the last 46 years, was released in London today and predicts
annual growth of 5.3% in passenger traffic (compared to a predicted
growth of 3.2% annually in global GDP), which means the world's airlines
will need to grow their fleets from the current 18,890 planes up to
36,300 in 2029.  With an allowance for planes that are retired,
this represents sales of 30,900 new airplanes.

Most of the planes sold are expected to be
single aisle planes (21,160) although the value of these sales is almost
exactly the same as the 7,100 twin aisle planes that are also expected
to be sold.  There are two other categories above and below these,
both with some surprises.

Boeing predicts only 1920 regional jets will
be sold – not even enough to replace retiring planes.  It says that
the total RJ fleet will reduce from 3,010 planes at present to 2,080 in
2029.  That's both bad and surprising news for the growing number
of airplane manufacturers rushing new regional jets to market.

Boeing also predicts sales of 720 'large'
planes (ie 747s and A380s).  This will cause the total fleet to
grow from 800 at present to 960 in twenty years time.  This
prediction would seem to again vindicate Airbus' commitment to the A380.

The complete report is available on
Boeing's site.