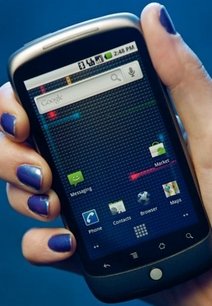 Google’s decision to start selling phone hardware as well as giving away phone software has always been hard to understand.

Google has enjoyed – and continues to enjoy – tremendous success with its Android operating system for smart mobile phones.  Android was released in October 2008, appearing initially on a single phone sold through T-Mobile in the US (the G1, which amazingly is still a currently available for sale phone model with T-Mobile), and subsequently appearing on more and more phones.

It is believed to currently be used by more than 35 phones, with more than 20 new phones due to be released this year.  All US wireless companies now offer Android based phones, and all major phone manufacturers make Android based phones.  Android is also used on other devices including eBook readers (most notably the ‘Nook’ by Barnes & Noble), netbooks and tablet computer devices.

Earlier this week, Google suggested that 65,000 Android powered devices are being manufactured every day (and presumably subsequently sold), which would point to an annual sales rate in the order of 23 million units.  And as we mentioned earlier this week, Android smartphones (in the US) have now overtaken iPhones in terms of quarterly units sold.

So, okay, you get the point – in a year and a half, Android has gone from nothing to now being a major market presence, and with a trajectory that suggests it may soon become the most popular operating system for phones, as well as for other mobile/portable computing devices.

On 5 January 2010, Google released a phone that it named the Nexus One.  Of course, the phone used the Android operating system.  Excitement and anticipation was almost as high as it was for the initial launch of Apple’s iPhone, but the excitement quickly died down once the reality of the phone was revealed. Right from day one, there was little or nothing revolutionary or exciting about the Nexus One, with the Motorola Droid that had gone on sale back in November being very similar in terms of specifications and functions.

The Nexus One was actually an HTC phone, and not long after the Nexus One launch, HTC proceeded to release its own version of the Nexus One, what it calls the Desire.

There was one very distinctive feature of Google’s Nexus One phone.  If you wanted to buy one (and very few people did) there was only one place in the entire world where you could buy the phone – Google’s own website.  Not only was there only one place where you could buy the phone, there was only one carrier that you could use it with – T-Mobile in the US (although you could use the phone with all GSM carriers for voice calls, no other wireless companies use the same 3G data frequencies).  The phone was very expensive – $529, although it could be purchased for with a two year T-Mobile contract for $179.

Immediately after the phone’s release, users started to report problems with it; most notably it seemed that the phone was not very good at receiving 3G data signals.  But who could the users turn to to get help with these problems?  Imagine a circle, with Google, T-Mobile, and HTC at three points around its circumference, and with each company pointing to the companies on either side.  If you call TMmobile, they would tell you it was an issue to be raised with HTC or Google.  If you called HTC, they referred you to T-Mobile or Google.  And if you call Google — well, actually you couldn’t call Google, because they offered no live support for the phone they were selling for $529.  Apparently, Google had failed to comprehend that if someone buys a $500+ phone, they expect to have access to a live person at the end of an (800) number to help them with the phone when it malfunctions.  This suggested a total lack of comprehension about the phone hardware market on Google’s part.

As an aside, 3G problems have persisted with the phone, and it is believed there may be some underlying hardware issues.

Shortly after the phone’s release, Google announced successively three new models of phone to follow, to be available for AT&T (and most other carriers around the world), Sprint, and Verizon.

Google did follow through and release a phone to work with AT&T and other carriers.  But after several months of rumor and anticipation, Google obliquely discontinued plans to release versions to work on Sprint and Verizon, and now encourages people to buy other Android powered phones for these two wireless companies.

Nexus One sales languished.  Unsurprisingly, with a phone that was as much ‘me too’ as it was in any way distinctive or special, and with as many as 30 other reasonably similar Android powered phones out there, few people saw any reason to buy a Nexus One.  In addition, you couldn’t see one or try one before buying one.  The phones were only available from Google’s website online, you could not see them in any type of phone store, anywhere.  This was a deliberate act on Google’s part, and they proudly spoke about creating a new sales channel for selling cell phones, free of and independent of any wireless company input, control, or constraint.

But people who buy phones saw no value in this concept.  In particular, if the price of this freedom is buying a phone for $529, instead of buying the same phone for $179 (complete with a two-year contract), who would ever choose to pay $529? The reality is, of course, a phone by itself is nothing more than an expensive paperweight.  As soon as you buy the phone, you then need to sign up for service.  So why not sign up for the service and get a discounted phone as part of the deal.

it is time to now talk about the other strange aspect of Google’s Nexus One phone.  So far, we have pointed out that the phone itself was in no way special, distinctive, or unique.  Indeed, it wasn’t even something that Google could claim as ‘all our own work’, unlike phones sold by most other manufacturers, and most notably of course, Apple.  Everyone knew it was an HTC phone.  The only thing that was special, distinctive, or unique was the way it was being sold – impersonally and intangibly on a website online.

The next strange aspect is to struggle to understand why was Google doing this at all?  What was the strategic value or essential reason for rebranding an HTC phone as if it were Google’s own phone?  Surely this was upsetting Google’s relationships with other phone manufacturers, and with wireless companies?  All of a sudden, Google was changing from being an ardent and ‘safe’ supporter of phone manufacturers and wireless companies, to now being seen as a competitor.  It wasn’t as though this was a revolutionary phone, or a ‘proof of concept’ phone; it was just another phone very similar to most other phones already out there, and increasingly surrounded by competing phones with nearly identical features.

Google’s new role as a competitor was exacerbated by the fact that it loaded a new version of the Android operating system onto the Nexus One phone that was not released to other phone manufacturers at the same time.  This gave Google an unfair advantage in the market, having the latest and greatest version of Android only on its phone.

At least for a short while, one could possibly claim that Android was the only game in town for many hardware manufacturers, and perhaps they had no choice but to accept Google’s transition from supporter to competitor.  What other smart phone OS could they build their phones around?

An answer to that question appeared in mid-February, when Microsoft announced a substantially improved new version of its Windows Mobile OS.  Although previous versions of Windows Mobile were generally lackluster and far from ‘state-of-the-art’, the new Windows Mobile 7 promised to be a much more appealing product (although announced in February, it is not expected to appear on any phone devices until late summer or early fall, by which time there will be a new version of the iPhone OS, and who knows what ongoing enhancements to Android as well, meaning that the on-paper appeal of Windows Mobile 7 in February may well be massively reduced due to the rest of the market having overtaken it prior to its launch).

Was Google unintentionally forcing the hardware manufacturers away from its Android system and into the arms of Microsoft?  That too is one of the many imponderable questions raised by the entire strange Nexus One story.

Google was not only alienating the hardware manufacturers.  It was also alienating some very important companies, such as Apple.  Google and Apple were once in a very positive win-win relationship.  Google’s role was to provide the search and mapping functions on Apple’s iPhone, and Apple was happy to work with Google because Google in no way competed with Apple.  But then, Google’s launch of the Android operating system presented as a first level of threat to Apple and its iPhone, and Google’s subsequent launch of the Nexus One presented as an even more direct threat, and there has been speculation that Apple may retaliate and remove Google’s search and mapping functions from its iPhones and replace them with functions provided by other companies.

Why is Google risking such downsides, with the only upside being the disappointingly low level of sales of the Nexus One?

Perhaps it is no longer prepared to take such risks, at least not quite as boldly as before.  Google has now announced it will stop selling the phone online, just as soon as it can find wireless companies to sell the phone through their regular retail channels and traditional stores.  But who will that be?

Interestingly, the one wireless company that Google has closely allied itself with from January, T-Mobile, makes no reference to the Nexus One phone on its website at all.  neither Sprint nor Verizon could start selling the phone, because it does not work with their type of wireless service.  That leaves only AT&T? Google is vague about when and with who the Nexus One phone will appear for sale.  Might it just disappear entirely?

So does this mark the almost complete end, and almost total failure of Google’s Nexus One program?  Quite possibly so.  Does anyone care?   We as phone users probably don’t care at all, while the hardware manufacturers must surely now be looking at Google the way that one would look at an errant spouse after discovering their act of marital infidelity.  They may necessarily forgive Google for now, but they should not forget.

2 thoughts on “Google retreats further from its Nexus mistake”