Here are two maps to show how to get from the Swindon train station to where the Uffington White Horse, Wayland’s Smithy, and related things are, and a suggested walking trail between them.

The first is a sort of regional map, the second a more detailed walking map. 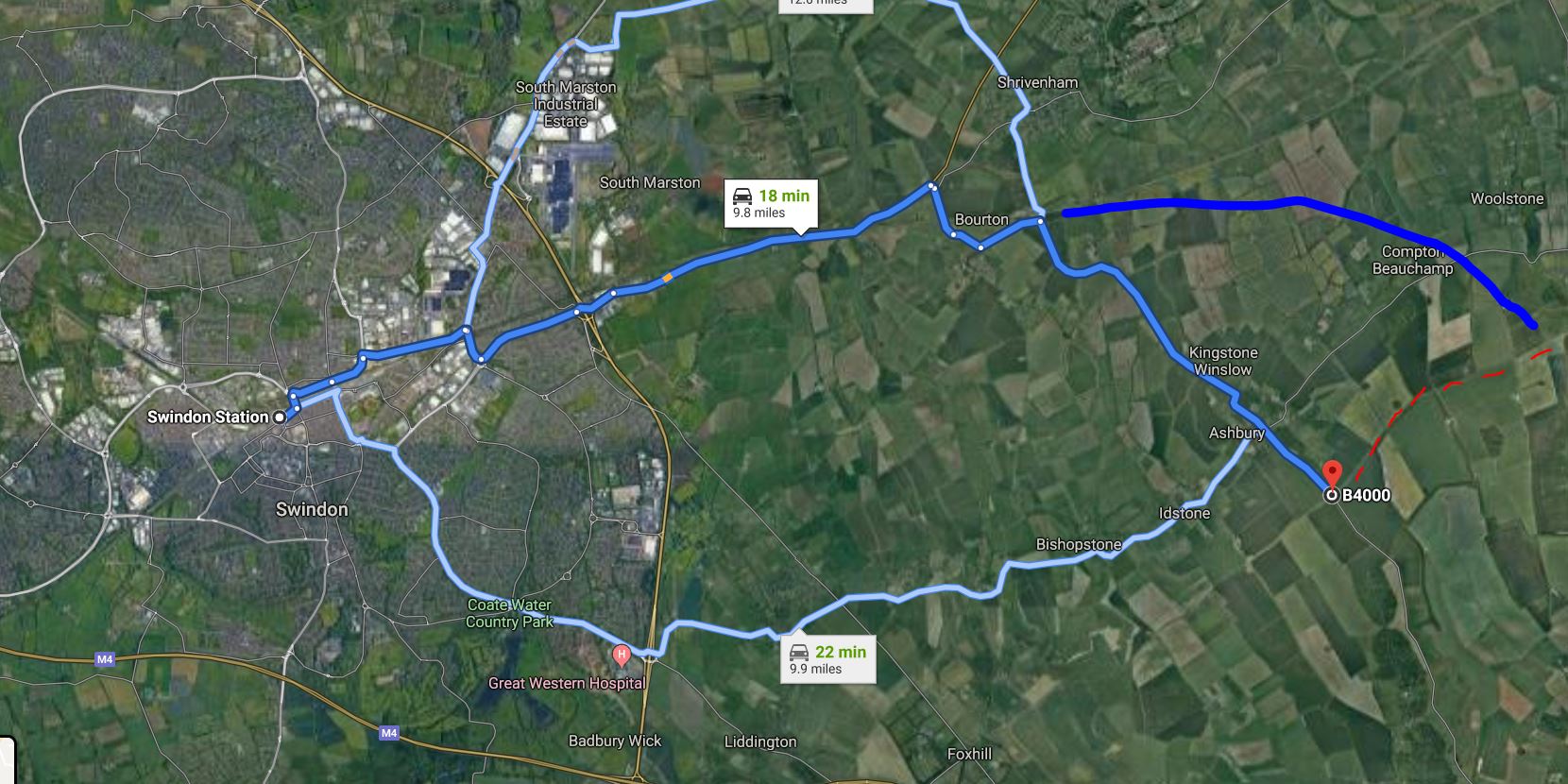 So this map (above) simply shows you Swindon on the left, and then where a taxi would take you.  Then the dashed red line is you walking, and the bright blue line is where the taxi then picks you up and returns back to Swindon train station. 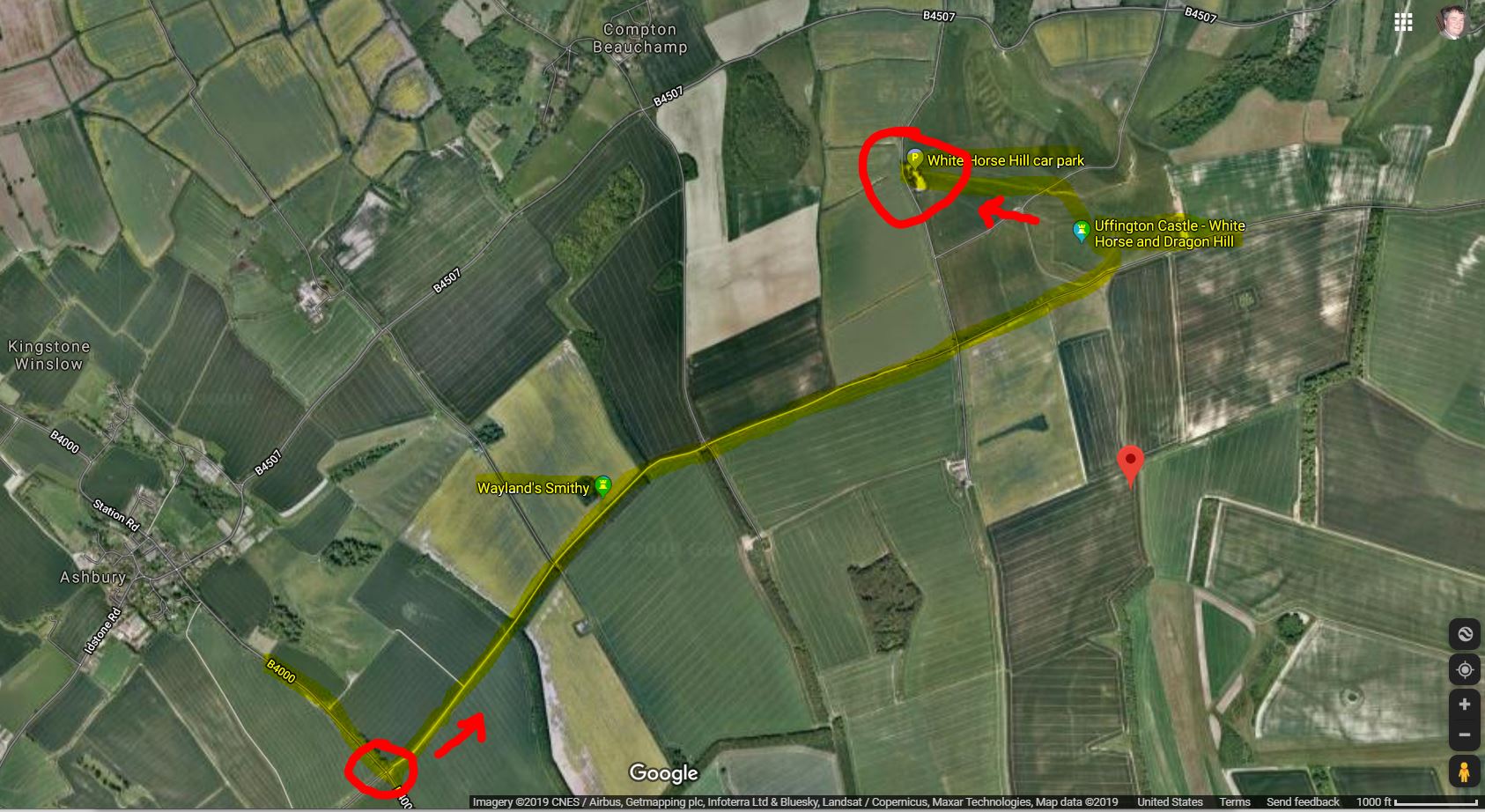 The plan now is have a taxi take you to the point on the B4000 just out of Ashbury where it meets The Ridgeway.  Then you go walking along the Ridgeway to Wayland’s Smithy and to the White Horse, then down to the car park and have the taxi meet you at the car park.

This is about a 2.75 mile walk, predominantly fairly level ground, and most of it on a well-defined path.  If that is too much walking, let me know, and I’ll change the suggested route.

Here is a link to this map in Google so you can zoom in and out and look at it in street view, too