There have been several articles now about the new “stealth” version of Omicron becoming more prevalent, in the US and elsewhere in the world.

While it is still early days in understanding the implication of this latest variation, it may be more infectious than Omicron, but perhaps no more deadly.  As long as hospital capacity remains available for the sickest people – assuming there is no sudden about-face in recommending early treatment drugs such as ivermectin and hydroxychloroquine – this would suggest there is little to worry about, other than a continuation of the disruptions caused across the board by people being off sick.

“Progressives” – people who seek to silence anyone who disagrees with them, because they lack any actual basis for their opinions and can’t defend them rationally – are outraged at Spotify calling the bluff of an elderly Canadian rocker (Neil Young).  Mr Young decided he was more of an authority on Covid than the various guests and “experts” a Spotify talk-show/podcast host was citing and who disagreed about the miraculous claims of vaccine effectiveness that conventional wisdom continues to press upon us.  Rather than explain how it is that he knows more and is correct in his beliefs, Young instead demanded Spotify de-platform Joe Rogan, threatening to withdraw his library of music if they didn’t.

Normally, that tactic works and most companies collapse at the thought they might be culpable in allowing something politically incorrect to slip through the net and get out to where people can hear or read it.  But in this case, Spotify called Young’s bluff. 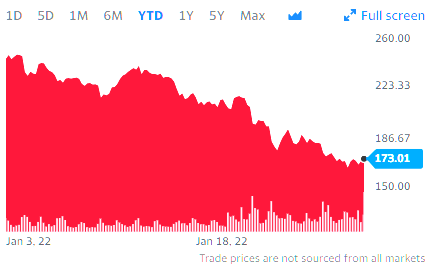 This outraged the progressives, who accordingly invented a myth that Spotify’s decision caused it to lose $2 billion in its market capitalization.  Actually, some got even more carried away – this article says $4 billion.  But, like most of what the progressives attempt to force on us, it was both irrelevant (what do movements in a company’s share price have to do with the truth or otherwise of vaccine effectiveness?) and a lie.  Sure, Spotify’s share price was down, in line with the market as a whole and with a longstanding trend for its price to fall; but in response to Young’s withdrawal of his music, the Spotify share price actually rose.

I’ll look some more at vaccine effectiveness in the extra material below.   But because that material is not open to everyone, I’ll share one interesting statistic with all.

The CDC has been strangely coy when it comes to releasing hard data about the effectiveness of natural immunity in terms of preventing a Covid reinfection.  All it will say is vague disparagement and a demand that no matter if you’ve had Covid before or not, you rush to have experimental mRNA chemicals regularly injected into you – what the CDC laughably describes as vaccines.

So why is the CDC demanding people who have had a Covid infection should also be vaccinated?  Maybe Neil Young knows?

Some enormous rises in total case numbers over the last week in both the minor and major country lists, with France finally displacing the Czech Republic from its long-time position at the top of the major country list.  The UK dropped three places.

The most active country list for last week shows astonishing numbers.  Just over 5% of the entire population of Denmark were officially counted as having been infected with Covid in the last week.  I wonder if Neil Young can tell us how it is that hyper-triple-vaccinated Denmark and Israel are now at the top of the list, with 5% of their populations having been infected in the last week?

Numbers continue to grow across Europe as a whole, albeit at a more moderate rate.  Slovakia and Russia both exceeded 100% growth in numbers for the week, then Ukraine with 80%, Estonia with 69% and Latvia with 68%.  At the other end, Ireland is down 44%, Spain and Sweden are down 31%, and Switzerland has a 30% drop.  The UK had a small 6% drop, as did France.  Germany and Austria both had 46% rises.  Europe as a whole had a 7% rise in new cases.

In North America, Canada had a 34% drop, Mexico had a 10% drop, and the US had about the same drop as Canada.

In Africa, South Africa had finally got as low as it could, and had a tiny 2% rise, with a negligible 372 cases per million people for the seven days.  As a whole, Africa’s numbers dropped 12%.

Items below include a look at some of the less discussed facts and figures to do with vaccine doses, cases, and deaths.