I’ve a really important opening commentary today.  It is no exaggeration to say that acting on this might save your life or that of someone dear to you.

If You Read Nothing Else, Please Read This :

There are some fundamental Covid care issues we can learn from, of all places, Uttar Pradesh – a north Indian state you may never have heard of, and probably couldn’t locate on a map. 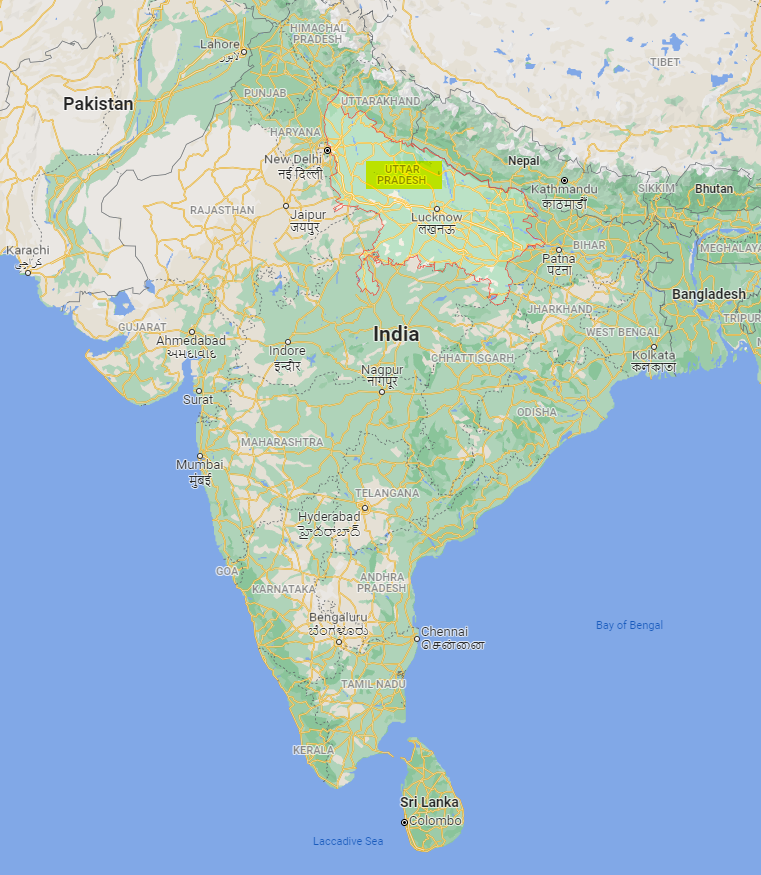 Uttar Pradesh (UP)  has a population of 225 million people, and after experiencing the same rapid rise and high numbers of Covid cases back in May, has been reporting under 10 new Covid cases every day through most of October.  That would be the same as the US reporting under 15 new Covid cases a day, but we’re reporting an average of more like 70,000 every day.  Yes, our new case rate every day is currently about 5,000 times higher than in UP.  And, in total, our case rate is 5.7 times higher than all of India (in terms of cases per million).  The discrepancy is even greater when it comes to deaths – more people die of Covid infections in the US than in India.  In the US, using current numbers, the death rate is 1.64% of all reported cases, in India, it is 1.34% – almost 20% lower.

How has Uttar Pradesh managed to collapse its new Covid case counts?  This is not because of a high vaccination rate.  Currently, only 14.5% of the state has been vaccinated.  So what caused Uttar Pradesh to go from the “gloom and doom” headlines that the main stream media were gleefully publishing about India’s Covid crisis, back in May, to a situation where the state is declaring most of itself “Covid free” now?  (And, why aren’t there now matching headlines about India’s triumphant turn-around?)

WHO published an article in May about how Uttar Pradesh was “going the last mile” to stop Covid-19.  You’ll note two key elements are referred to – lots of testing with rapid test kits, and anyone who tested positive wasn’t just told to stay at home until they couldn’t breathe, but rather was given – as WHO coyly says – “a medicine kit with advice on disease management”.

That makes it sound like the key element of the kit was a piece of paper with “advice on disease management”, doesn’t it.  Wouldn’t you love to know what else was in those medicine kits, and wouldn’t you love to have some on hand, yourself?  WHO is strangely silent on sharing that information.  (Huge big question – why the secrecy?)

I’m happy to tell you what is in each kit.

This article explains more about this.

India’s adoption of ivermectin as a “standard of care” treatment has been controversial and patchy.  As an interesting comparison, two other states, not using these kits – Kerala and Maharashtra – have much higher counts of currently active cases :

What is the miracle in UP that is giving it 285 – 4,700 lower current case counts?  Could it possibly be the contents of those medicine kits?

How can we in good conscience allow our fellow citizens – our friends and families – to stay at home until they can’t breathe, and withhold all treatment from them, when there is such a vivid and overwhelming example and proof of the efficacy of giving IVM, Doxy, Vitamin D3, and these other items to everyone as soon as they are infected?

This is really important.  If you come down with Covid, don’t you want to have one of these medicine kits?  I sure do, and have already assembled mine.  Vaccinated or not, you should do the same.

Slovakia moved up three places in the minor country list.

Belgium moved up two places in the major country list.

The current case counts for last week table show the usual major changes.  It is interesting to note how all the countries, with the lonely exception of Singapore at the bottom of the list, and the debatable definition of a couple of “almost European” countries, are European.  There’s also no clear benefit from vaccination rates – I added the percent of each country fully vaccinated today.  Why is unvaccinated Africa totally missing off this list?  It is only a couple of months ago that the usual nonsense “gloom and doom” articles were prophesying an apocalypse in Africa, and now, the most affected African nations are Botswana (694 new cases per million last week), Libya (521) and Mauritius (511).  The US had about three times that number of new cases last week, and as you can see, some European countries had ten times that number.

In North America, Canada had a 23% drop, and Mexico a 9% drop.  The US had about the same drop as Mexico.

The world as a whole had a steady week, with the merest of drops, a 0.4% drop.

Items below include a trivial but nonsensical article about ivermectin that misses the main point, vaccine effectiveness and how quickly it fades, booster shots to become mandatory, the flawed logic of booster shots, the politics and conundrums present in vaccine policies, which countries are starting to administer booster shots, and the fee charged by a hospital for ignoring and not treating an ER visitor.