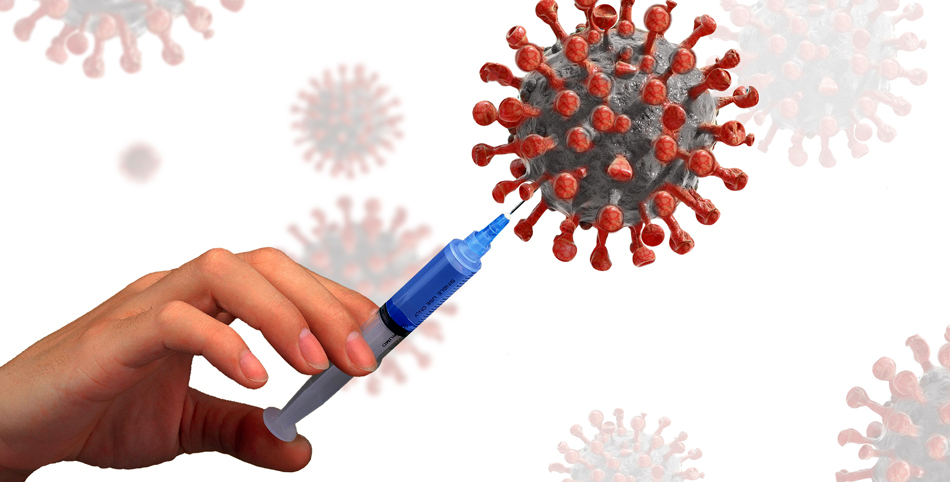 If you are infected by the coronavirus, you have about a 1.8% chance of dying, and a 20% chance of getting a severe infection that will impact on your quality of life for years to come.

Now let’s imagine your doctor comes along and says “Would you like this Johnson & Johnson vaccine, it cuts your risk of infection by more than two-thirds and zeroes out your chance of dying of the disease?”  It is free, you just need a quick single jab, and you’re done.

That surely sounds attractive, right.  But the doctor continues, and says “Oh, by the way, if you’re a woman between the ages of 18 – 48, there’s about one chance in a million of getting a serious blood clot.”

Happily, let’s say you’re, like me, a 65 year old man.  Do you accept the vaccine or not?  Of course you do, without giving it a second thought.

Now let’s say you have a younger wife or daughter who is with you, and she is between the ages of 18 – 48.  Should she get the vaccine?  Perhaps she asks two questions before deciding.  Her first question is “how many people get blood clots from other/natural causes” and the answer is “more than twice as many”, which suggests that the clots might be nothing more than ordinary random events.

Her second question is “how many of the people who got blood clots after the vaccine died” and the answer is “None”.

So you – the 65 year old man – of course say to the medic, “Go ahead, I’ll take the shot of course.”  Your female companion also agrees enthusiastically and rolls up her sleeve too.

Stop.  What’s wrong with this picture?

Another question.  Why is a side-effect that might be occurring with some women in a certain age group causing the vaccine not to be offered to men?

Neither part of this decision gets close to making sense, and all the FDA and CDC can say is they are doing this “out of an abundance of caution” – a giveaway phrase that always means “we can’t think of a single reason to justify this stupid decision but we’re doing it anyway”.

Put it this way :  If everyone in the country received the J&J vaccine, then 66 women aged between 18 – 48 might suffer from blood clots.  Maybe one or two might die, maybe not.  That’s the negative outcome.  But the positive outcome is the virus would be conquered, and people would stop dying from it.  Currently 750 people are dying from the virus, every day, in the US.  In total, almost 580,000 people in the US have died from the virus so far.

So, if you were in charge of US public health, what would you choose :

(a)  Banning the vaccine from everyone

(c)  Allowing women to make their own choice between the massively greater risk of suffering and possibly dying from the virus or the immeasurably small risk of a blood clot from the vaccine, a risk 1,000 times less than the commonly accepted-without-a-thought risk with oral contraceptives

The CDC and FDA chose (a).  Any rational person would choose (b) or (c).  Isn’t that the obvious choice?

Well, that much overrated and omnipresent spokesman, Dr Fauci, tells us another reason why they decided to withdraw the vaccine.  It would, he said, give the public more confidence in the vaccine when they allowed it to be used again.

Truly, he really said that, as reported here.  Fauci has in the past boasted about how he uses rhetoric to fool the public into doing what he thinks best, and this might be another example.  But the public isn’t as stupid as he thinks they are and we’re starting to tire of his platitudes dressed up as insights and shifting positions on things like masks (originally he said we didn’t need masks at all, and even though he was vaccinated back in December, he now proudly poses for the cameras while wearing two masks).

As for his belief that recommending against using the J&J vaccine would cause us all to be delighted and reassured the vaccine was safe (as a result of it being withdrawn as dangerous….) the opposite has happened – confidence in the vaccine has plunged from 57% before the announcement to 32% after – a 44% drop in confidence.

Maybe Dr Fauci should leave the demagoguery to politicians and stick to what he’s good at (what is that, actually?).

The increasingly ever-present theme in too many of the public policy decisions being made about the virus is the people we trust to make the right decisions are all too often making inexplicably wrong decisions.  But no-one is ever held accountable, while we suffer the consequences – the 32.2 million of us who had experience a Covid infection so far, and the 578,987 of us who have died.

One Last Irony and Error

This article says the risk of getting a blood clot is 8 – 10 times higher from Covid than from the vaccine.  We don’t fully understand their numbers, but the conclusion is clear – whatever the risk might be from the vaccine, the risk from the virus itself is greater.

1 thought on “Out of “An Abundance of Caution”, the FDA and CDC Increases Our Risk of Dying from Covid”