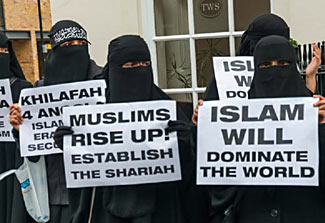 On November 23, the US State Department issued an unusual worldwide travel alert, advising of terrorist threats from  extremists (curiously you’ll not find the word ‘Muslim’ anywhere on the alert, although by amazing coincidence, the specific terror groups mentioned all have one thing in common….) everywhere in the world, and present for the next three months until February 24.

The alert includes the usual meaningless platitudes that seem designed solely to allow some bureaucrat to subsequently say ‘see, we told you so, it isn’t our fault’ if/when a terrorist attack occurs.  We are told to ‘exercise vigilance’ in public places or when using transportation, and to avoid crowds, festivals, and special events.

This is the type of advice/alert that is simultaneously meaningless, impossible to comply with, and also missing one important factor.

Saying that ‘the world is a dangerous place for three months’ is a bit like saying ‘someone will win the lottery jackpot in the next three months’.  Both statements are very likely to be correct, but the knowledge is also entirely useless in terms of allowing us to sensibly adjust our lives.

There you are in the store, wondering what numbers to choose, and if you should buy this week or wait another week before buying your lottery ticket – does the knowledge that someone will win, sometime in the next three months, help you with your choice?

There you are, trying to decide where to travel and when.  Does the knowledge that there might be terrorist action, somewhere in the world, sometime in the next three months, help you choose where to go (or even if to go) tomorrow?

Oh – and the important missing factor?  The worldwide travel advice is not just pretending that the world isn’t under attack by  extremists, but also there is the nonstated reality that the US is just as dangerous as other countries, as was proven so clearly this week with the latest attack on our homeland – also by Muslims, although goodness only knows, we self-inflict enough harm on ourselves for all reasons, not just religious extremism.

There’s another thing lacking in this terror alert.  Perspective.

Consider for example the recent atrocities in Paris.  About 130 people were killed by seven terrorists in several simultaneous attacks on 13 November 2015.  That is terrible, of course.  But let’s not give this more importance than it really deserves.

The Paris attacks (which at the time of writing are now 21 days in the past and haven’t been repeated) saw 99.999% of the people in Paris (12.5 million) survive.  There are as many people murdered, every day (not just on very rare occasions) in Paris, via non-terrorist killings as there were on that single event.  Almost as many people die in traffic accidents in France, again on each and every day.  Where are the global travel warnings about all these other issues and problems that we’re much more likely to encounter?

Truly, the most risky part of the entire experience is likely to be the drive between your home and the airport and back again (over 30,000 people die in road accidents in the US every year).  And the riskiest part of any journey in the next three months, might be slipping and falling on an icy stretch of pavement.

We’d be tempted to say that the only safe place is cowering under your bed at home, but more accidents happen in the home than anywhere else!

A useful travel alert comprises specific times and places to avoid.  This travel alert is useless – it could not be vaguer and more general.  We spend bazillions of dollars on increasingly intrusive surveillance and active counter-measures and military actions to combat terrorism, and our allies spend large sums too.  The best we can come up with is saying that maybe, somewhere, sometime, in the next three months, a terrorist action might occur somewhere in the world?