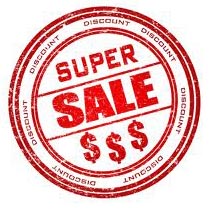 BA currently have a sale for travel to London and Europe, with discounted airfares and matching discounted hotel stays as well.

Great.  I thought I'd see if I could take advantage of their promised deals, and so went to look for the best deal on travel from Seattle to London.  So I chose Seattle as my departing city, and the website blinked then told me the lowest fare from Seattle was $288 each way, based on r/t, and in grey at the bottom was a mention of taxes and fees being extra.

So I mentally switched from a fixation on the $288 number, and of course then had to double it to $576, and added a guess of $100 for taxes/fees, and rounded it up further to $700 for the total amount of the charge I might expect to see on my credit card.

The site told me that the low fares were good for travel through 22 May.  But when I clicked on a link to show the travel dates, I was told that the $288 (times two plus taxes) fare was only good for travel between now and 12 April; from 13 April through 22 May it increased to $351 (times two plus taxes, etc).  Hmmm – $702 roundtrip to London in April/May no longer sounded like such a super deal, but I kept looking.

I started off looking for some of the $288 fares.  When I went to actual fare availability pages on their website, I was told that the $288 was available in March, but for April, there were no $288 fares remaining, instead the lowest fare was $313.

That was disappointing.  But there was more disappointment to follow.

Wow.  With those prices, it would be cheaper to travel in April, so I went looking for the lowest April fares.  You'll remember the special offer was for $288 if traveling prior to 13 April, and $351 for travel on/after 14 April, and when I then went to the BA actual fares page, this was replaced with a claim the lowest fare was $313.

And the taxes (admittedly not BA's fault)?  They're now a massive $200 roundtrip. with the lion's share going to the UK.

Real Time Fare Information Should be on an Airline's Own Website

More to the point, and this is where I feel uncomfortable, things have changed in the last 15 years or so.  It used to be that airlines would commit in advance to newspaper and television ads for a promotion, and the ads were all heavily asterisked 'subject to availability' and you sort of knew that if you waited until the last day or two, most of the special fares would be sold out.

But now, with internet advertising, surely that can be solved, because web pages can be updated at any time.

There are two types of pages on most websites.  There are 'static' pages where someone has to sit down and personally type in the data on the page, and then there are 'dynamic' pages where the information on the page is automatically taken from a database.

The first page on the BA promotion might perhaps be a static page, and so one can maybe forgive BA for its laziness in not updating its offers to reflect actual realworld prices and availability on its static promotion page.

But the pages that show actual airfares, day by day, are all dynamic pages, which are created automatically, and at the time you load the page, with the information being refreshed direct from BA's computerized fare/availability databases at the time of page load.

Each of these pages also has a box in the top right showing the lowest available fare for the month, and these boxes too are wrong.  Would you be surprised to learn that the low fares they promise don't actually exist?

Why are these showing wrong information – wrong information that purely by chance happens to be offering fares massively lower than those actually available in the time periods the lower fares were promised.  Why aren't these refreshed and updated each time a page is displayed, the same as the fares on the rest of the page?

Is this laziness on BA's part?  Bad programming (where did these non-existent fares come from to appear on their dynamic pages?)?  Or is it, ahem, bait and switch?

If you'd like to see exactly how the conflict between promise and reality unfolds, I've put up on the site a sequenced set of screen shots showing every step of the process, and exposing the perfidy of BA's promises.