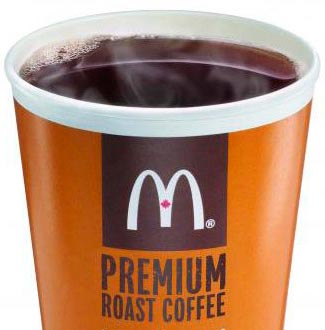 One of the most famous civil cases, often (mis)cited as an example of liability law run amok, is the case of Stella Liebeck.

So now you're looking at me puzzledly?  Who is Stella Liebeck, and how can her case be famous if you've never heard of her?

Would it help if I instead said 'the woman who spilled McDonalds coffee on herself and got a $3 million jury award.  Ah yes, now you know, I'm sure.  But has this to do with airlines?

Well, there was a Stella Liebeck moment of sorts on a United Airlines flight from Chicago to Frankfurt, when one of the pilots spilled his coffee over the controls and radio electronics, causing some equipment malfunctions and requiring the plane to divert to an emergency landing in Toronto.

The pilot blames 'mild turbulence' for the spill.  Hmmmm.

Oh – and to correct the record, here's a fascinating insight into Stella's case.  You should read it before referring to it next time as a ridiculous jury award.

A BAA Snow Job?  BAA – the owners of Heathrow Airport – mightn't be any good at removing four inches of snow from their airport, but it seems they're great at another type of snow job – creating a mindless bureaucratic 'forensic' investigation into what went wrong with their endless delays prior to Christmas after the mere 4" of snow, and determining what to do in the future to prevent re-occurrences.  They've announced a panel of independent experts who will be free to examine any and all BAA records and is charged with reporting back to BAA with implementable recommendations.

No doubt BAA hopes that by the time the panel comes up with a two hundred page report, complete with diagrams, appendices, charts and spreadsheets, and full of ponderous technical language, the fuss about their poor performance will have largely melted.

How to prevent it happening in the future?  Ummm – how about you maintain a larger fleet of snow removal equipment and keep a larger store of de-icing fluid?  Oh – and perhaps you also have someone who is in charge of checking the weather forecast every day or two, and buy him a transistor radio to monitor the weather reports on.  If snow is predicted, well, ummm, could you maybe prepare for it in advance?

This was a totally simple failure, and allows for a totally simple solution.  But there is actually a nuance to be considered in terms of deciding just how culpable BAA is for its appalling performance.

The slightly more complicated question is what level of snow fall should any airport be able to conveniently handle?  And let's not express it in inches, which can be misleading, as is also the reference to other airports that stay open with no interruption while experiencing  4" (or much more) of snow falls.

The big issue is not managing snow, but rather spending and gearing up to be prepared for a certain level/probability of snow falling.  The northern European airports that regularly have 4" of snow falling, sometimes even several times a week, of course are prepared to manage that 'normal' event for them.  That is a reasonable expectation and response.

But you'd not expect the airport in Cancun to be able to manage 4" of snow a day, and would excuse it if by some chance it did snow there and the airport closed in confusion.

It appears that the 4" of snow that fell at Heathrow was actually an unusual and relatively extreme event for Heathrow (and the airport planners).  So rather than specify an ability to handle so many inches of snow (whether it be common or uncommon), let's consider instead what an airport should be able to manage in terms of the extreme nature of the snow.

What do you think?  Should major airports such as Heathrow be able to manage (ie not close down during) the worst snow fall in 5 years?  10?  25?  50?  Maybe even 100 years – sort of like the 100 yr flood plain requirement for some building permits and insurance?

Please click on the link below to record your opinion and to cause an email to be sent to me with your answer coded in to the subject line.  I'll report on results next week.

Whoever it was who said 'If it ain't broke, don't fix it' no longer works at Southwest Airlines.  The airline continues to evolve away from its one-time uniquely successful business model, and to change things that had seemed to formerly work brilliantly well for them.

So think about this.  If you have a choice between a $100, $150 or $200 fare to travel somewhere, you would get either 600, 1500 or 2400 points for the flight.  You get four times as many points on a fare that is twice as expensive.  Apparently (and unsurprisingly) Southwest values the money it gets from expensive fares as being more important than the money it gets from lower fares.  Some dollars are apparently worth more than others.

A similar logic applies to point redemption, where the higher the fare type, the more points you need per dollar of fare cost.  They don't have fixed numbers of points for any travel, it is all tied in to the cost of the ticket.

A very strange thing happened last week.  An AA plane ran off the end of a runway in Wyoming, finally stopping about 600 yds further beyond the runway end, in thick packed snow.  Well, that wasn't the very strange thing at all.  Such things sometimes happen, for all manner of reasons, and in this case, none of the 181 passengers on the 757 were injured at all.

Nonetheless, the NTSB of course commenced an accident investigation so as to understand what went wrong and why, as a precursor to identifying changes in procedures that might prevent similar events in the future.  Just because this was a no casualty event doesn't mean the next similar event might not end in tragedy.

So of course they asked AA for the airplane's black boxes.  There is a very clear procedure in such cases.  The black boxes are treated as if they are radioactive, or as if they hold the Crown Jewels.  They are scrupulously cared for and sent direct to the NTSB's laboratory for data downloading and analysis.  For sure, they are two pieces of baggage that will not go missing on their flights!

AA knows better than this.  So why did AA naughtily first take the black boxes to its own facility to apparently do no more than just take a copy of the data contained within them?  What was it so keen to find out?

The NTSB was outraged when it discovered this, and their chairman said 'American's misconduct violated long-established standards of conduct that are vital to the integrity of our investigative process.'  AA has now been barred from participating in the safety probe being conducted by the NTSB (I wonder how it can be barred from participating in an event involving its own plane and crew?), which is the first time in an unknown but large number of years that a major US carrier has been kicked off an investigation into an accident or incident involving one of its
own aircraft.

Talking about airplane accidents, the plane that made that miraculous emergency landing in the Hudson River almost exactly two years ago is now headed to the Carolinas Aviation Museum.  The museum is located in Charlotte and is close to completing a deal to obtain the Airbus A320 as a permanent exhibit.

All 155 people survived the emergency landing on January 15, 2009 after the plane was struck by birds, blowing out its engines, moments after take-off from New York's LaGuardia airport, making the plane's pilot, Chesley 'Sully' Sullenberger an instant hero.

The plane, now being stored in New Jersey, will be shipped to Charlotte, a hub for US Airways.  It will take several months to reassemble the aircraft for display. The exhibit will include the uniform worn by Sullenberger on the plane's last flight.