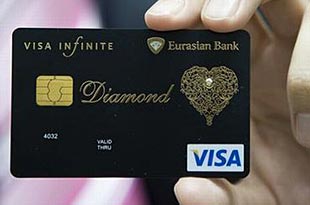 Here's an interesting article which implies you can sometimes succeed in negotiating down the foreign exchange fees charged by your bank/credit card issuer when you're buying things in a foreign currency.

You might sneer at this concept, but a few years ago I inadvertently said something in a conversation with Bank of America's Visa department, and the result was I was given a year of free foreign exchange conversions.  I wish I could think back to exactly what it was I said so I could ask for it again!

If you travel and/or spend significantly in a foreign currency, why don't you try and see if you can get your foreign currency conversion fees reduced too.  Or consider switching to a credit card issuer with a more generous policy.

Amtrak has been in the news this week, with details being aired of its grandiose scheme to introduce high speed rail to the Northeastern corridor between Boston and DC.

Don't get me wrong – I'd love to see high speed rail anywhere and everywhere Amtrak operates.  But I know an impossibility when I see one, and that's what I see when I look at the price tag associated with developing the track and infrastructure needed – $117 billion, and the timeline to get it all in place – 30 years.

That's too much money and too long a time frame.  Besides which, anything being promised for $117 billion and 30 years will unavoidably end up at $200 billion and 50 years, won't it.

Look also at the financials.  Amtrak says that it would generate $900 million a year in additional revenue.  Who knows how much of that would be profit, but let's be generous and say 25%.  So a $117 billion investment (and let's be realistic and say this grows to $200 billion) will generate $225 million a year return – that is a 0.2% return on investment.

Consider this also alongside the fanfare accompanying Obama's $8 billion high speed rail funding earlier this year.  As I said at the time, $8 billion won't get us anything, and absolutely won't fulfill the promise made by Secretary of Transportation Ray LaHood when Obama announced his $8 billion plan.  LaHood said :

And I assure you that one day, not too many years from now, ours will be the go-to network, the world's model for high-speed rail.

So, LaHood promises that $8 billion will get us, not too many years from now, the world's model for high-speed rail, whereas Amtrak says it will take us $117 billion and 30 years to get a mere 450 miles of high speed rail in one little corner of our great nation.  Which do you think the more likely scenario?

But the real tragedy of this whole concept?  While we all know there's no way the federal government is going to spend $117 million on high speed rail, what if it had allocated this much of its stimulus funding to the high speed rail project, and pushed ahead with it at breakneck speed, to get it built in 5 – 10 years, not 30 years.  We'd actually end up with a lasting valuable monument to the stimulus funding; money that has otherwise just evaporated and disappeared, in largest part without trace, without permanent value, and without economic turnaround.

Why is it we can spend hundreds of billions of dollars on bailing out financial companies, and hundreds of billions of dollars on foreign wars, but when we come up against a chance to actually create a real capital improvement for the nation much as we did in the 1950s with the interstate highway construction, our political leaders refuse to consider it.

I love cell phones and gadgets, and there's little in the way of new capabilities and features that I wouldn't enthusiastically accept in future phones.  But something sticks in my craw when I read about lobbying by the National Association of Broadcasters to get the government to make it mandatory for all future cell phones to have FM radio receivers built into them.

If you read this article, you'll note part of the reason why the NAB (the association that represents radio stations around the country) is so keen that our cell phones should be capable of playing FM radio – there's mention of a 'one time fee of 30c to access local radio stations on their cell phone' – and you can be certain that 'one time fee' doesn't mean 'pay it once and never again for the rest of your life' but might perhaps mean 'pay it once and never again – until tomorrow'.

The physical constraints of FM radio signals is such that cell phones will never be good FM radio receivers, due to not having a large enough a physical antenna to receive a good signal, and if you're going to use the battery in your cell phone to listen to a radio station, you're going to need to recharge it vastly more frequently.  Oh – and do you want to have stereo headphones on all the time (isn't that even illegal in the car in many states)?  Or were you planning on listening to a tinny tiny sound out of the cell phone's itsy bitsy speaker – or, even more ridiculously, hold the phone up to your ear to listen to the radio?

It is true that 'steam radio' is bleeding through its every orifice, losing market share to a growing profusion of other entertainment sources.  But trying to cop a free ride on our cell phone, and to charge us for doing so, is not a practical answer for them or for us.  Let's hope our politicians are far-sighted and sensible enough to turn this proposal down.

Hmmm – relying on our politicians to be far-sighted and sensible?  Gulp.

On a similar subject, here's an interesting lesson in the law of unintended consequences.  It is becoming increasingly popular to make texting while driving illegal.  But in three out of four states studied, after texting bans were introduced, the incidence of vehicle crashes actually increased.  One possible explanation – drivers continue to text while driving, but are now more furtive at doing so, making it even more distracting and difficult for them.

Needless to say, these results are not universally accepted.  More details here.

It is a bit like child safety seats – the excellent book SuperFreakonomics points out that having a child in a safety/booster seat at best does nothing to reduce their injury in an accident, and quite possibly might actually increase their risk of injury.  But because this is so counter-intuitive, the people who support child safety/booster seats, the same as those who support texting bans, refuse to consider the results and press blindly ahead.

The Department of Homeland Security is reported to have wasted $500 million on nuclear security precautions along our border, according to two recent Government Accountability Office reports.  Details here.

Here's a fascinating story about air marshals and their preference for traveling first class.  Apparently they are allowed to choose where on a plane they sit, and although various 'experts' say the biggest danger from terrorists is from people trying to blow up explosive devices over the wing in coach class, the air marshals seem to think they can work best from the comfort of first class.

Here are a couple of fascinating 'book end stories'.

European unity?  Don't you love it.

And for the second set of book ends, according to this story, the International Civil Aviation Organization says that the ban on gels and liquids will be lifted within two years.

But according to this article, the US says any such relaxing of the liquids ban would be premature.