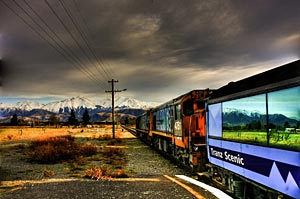 I hope you are settling in to the new
newsletter format.  One more explanatory note.

The 'as it happens' express mailings and the
daily summaries give you details of articles as they are
written/released during the week, in somewhat of a jumble, because I
write things 'as they happen' rather than in any sort of sequence or
order.

The weekly newsletter does one extra thing –
it attempts to put the various items I've written during the week into
some sort of order to make for a more logical flow of items if you're
choosing to read them all at once.  Remember – you are welcome to
sign up for as many of the six different newsletter formats and
frequencies as you may wish.

I've had a very creative week this week.
Prior to writing the newsletter bits on Thursday evening, I published
four new articles on the website, plus wrote 13 articles for the
blog/newsletter.  Let's talk first about the new pages on the
website.

I've been noting an increase in calls for
airline re-regulation, either in whole or in part, and have been
planning to write about this for some time, a plan that I've brought
forward due to appearing on a radio show tomorrow to discuss the topic.
It seemed plain to me that a full and proper understanding of how
regulation came to be involved a knowledge of its past and its evolution
over the decades prior to ending in 1979.  The more I researched,
the more interesting I found this subject, and so what was to be
originally a very brief article is now growing to at least a four part
series, the first two parts of which are now being offered as :

This Week's Feature Column :
A
History of US Airline Regulation 1911 – 1979 :  The future
is often defined by the past, and so to help us all better formulate a
view on what the future of airline regulation should be, here's a
history of what it used to be and why/how it evolved as it did.

My feature column last week on how and why
airfares change when you go to book them proved to be popular, and I
wrote a follow up column that looks at how the company in the middle of
this process – ITA – was recently bought out by Google.  Will this
make a difference to anything?  It probably won't massively change
the current shortcomings of the booking process, but it exposes a
potential new development that I write about here :

Are the Airlines Seeking to Create Unique Custom Fares for Every
Passenger?

You might think 'who cares' is a fair answer
to the rhetorical question posed in this article's title.  But you
should care, because it is unlikely that the unique fare custom tailored
to exactly match what the airline thinks is best for itself
you is going to be the lowest fare out there.

The fourth article added to the website this
week is in anticipation of a trip I'm making to New Zealand in mid
August with my daughter.  It tells you

all you'd want to know about train travel in New Zealand, and
becomes another part of a slowly growing collection of articles to do
with travel to New Zealand.  For sure, my twelve days down there in
mid/late August will doubtless result in a few more.

(Please remember that you got four feature
articles this week – I'm sure you won't get as many while I'm in NZ!)

In case you wondered, the image this week
is a rather over-Photoshopped picture of the TranzAlpine train in New
Zealand.  One of the most stunningly beautiful rail journeys in the
world.

And now, on with the rest of the week that
was.  Until next week, please enjoy safe travels.